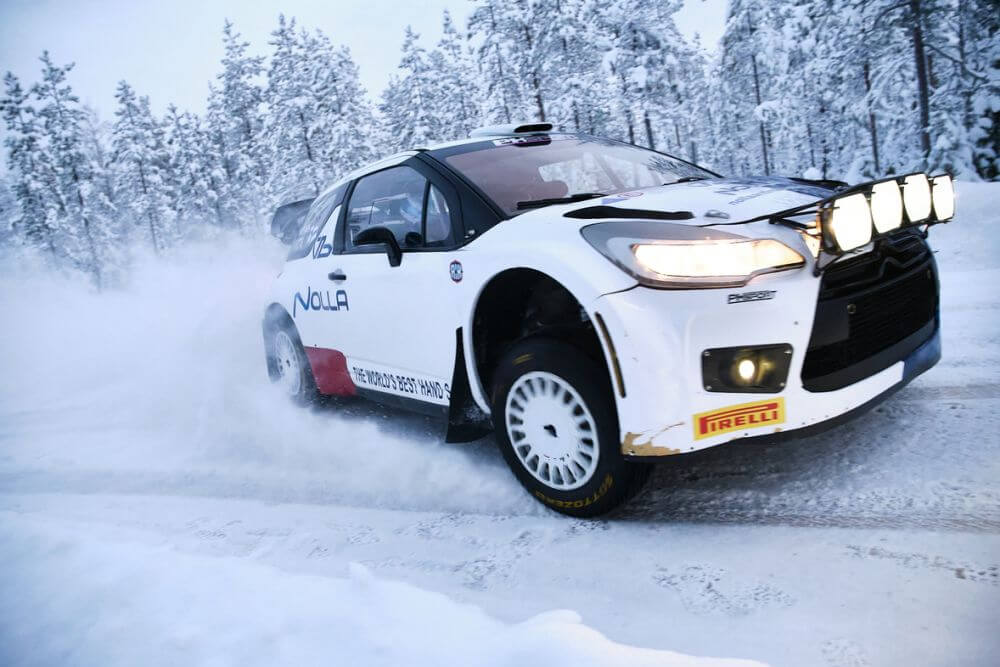 Perhaps the most famous driver on the Arctic Rally this year was Mercedes Formula 1 star Valtteri Bottas, driving a privately-run Citroen. Bottas, who finished sixth overall, sampled the new Pirelli tyres on the final day of the rally – and gave them a positive verdict.

“The new tyres I tried were very impressive,” said the Finnish driver, competing on the Arctic Rally for the third consecutive year. “There was a big improvement on braking performance and traction. The high-speed behaviour and durability were also good, and I enjoyed the experience a lot.”

Pirelli’s rally activity manager Terenzio Testoni commented: “It was a fantastic debut for the new Sottozero WJ, designed for extreme snow and ice conditions, such as we saw on the Arctic Rally. We were very pleased by the extra grip delivered from this innovative tyre on a wide variety of cars, as even Valtteri Bottas was able to testify. Now we head straight to Rallye Monte-Carlo for our WRC return next week.”

The Sottozero WJ features studs that protrude for more than 8mm to bite through snow and ice to find grip without compromising stud loss, even in the most extreme conditions. This allows drivers to constantly benefit from extra grip.

The new Sottozero WJ is also available for two-wheel drive cars, with Pirelli additionally claiming the R2 class on the Arctic Rally, which covered around 200 competitive kilometres in the north of Finland, courtesy of Tuukka Hallia in a Ford Fiesta Rally 4.

Another driver to use the latest Sottozero WJ was Oliver Solberg – the son of Pirelli’s 2003 World Rally Champion Petter Solberg. Driving a Hyundai for the first time, the teenager claimed a stage win and finished just 0.9 seconds behind Asunmaa.