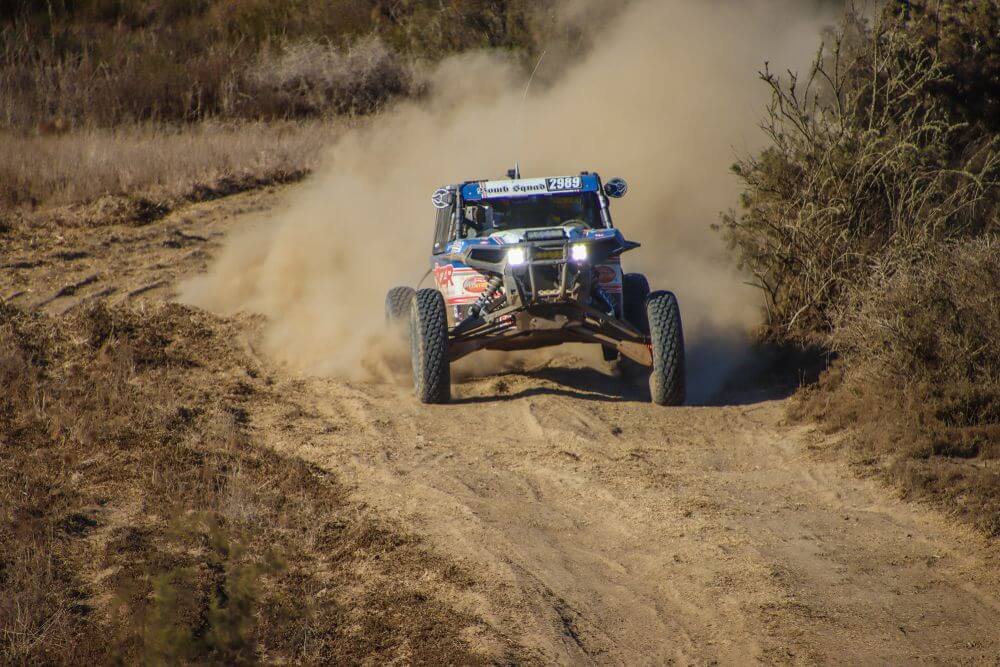 MINNEAPOLIS, MN (Nov. 24, 2020) –The Polaris RZR® Factory Racing Team captured its eighth-consecutive-championship at the 53rd SCORE Baja 1000 with Wes Miller winning the prestigious and grueling 898-mile race in the Pro Turbo class, capping off the World Desert Championship. Polaris athletes were able to secure the overall win, as well as three other podium finishes across UTV field.

In a stacked Pro Turbo class, Wes Miller and his team were able to rise above the competition and take home their first Baja 1000 win in the Pro Turbo class, as well as the UTV Overall. Piloting the first UTV to cross the finish line in just over 26 hours—beating his nearest competitor in the Pro Turbo field by more than 40 minutes—Miller proved RZR Factory Racing is still the team to beat in UTV Racing, completing their third consecutive season sweep of overall wins.

The action-packed Pro N/A class saw battles throughout the entire race with multiple lead changes. When they crossed the line, Adrian Orellana earned a hard-fought 2nd place finish in the class and 3rd overall, while Kaden Wells, the 2019 SCORE Pro N/A season points champion, achieved a 3rd place finish in class and 6th overall. Kristen Matlock became the 2020 SCORE Pro N/A season points champion with a 4th place finish in the class. Continuing to cement herself as one of the toughest competitors in the field, she drove the entire race by herself, completing it in just over 28 hours.

“We are thrilled with the results of our RZR Factory Racing team here at the Baja 1000. To be able to cap off the SCORE season by taking another overall UTV win is a phenomenal feat and a testament to the Polaris racing platform,” said Brett Carpenter, Team RZR Factory Racing Manager, Polaris. “It’s awesome to end the season like this and build momentum as we approach the Dakar Rally this January.”

Polaris RZR Factory Racing will be back in action to tackle the world’s toughest race, the Dakar Rally, in Jeddah, Saudi Arabia, beginning January 3, 2021 through January 15, 2021.