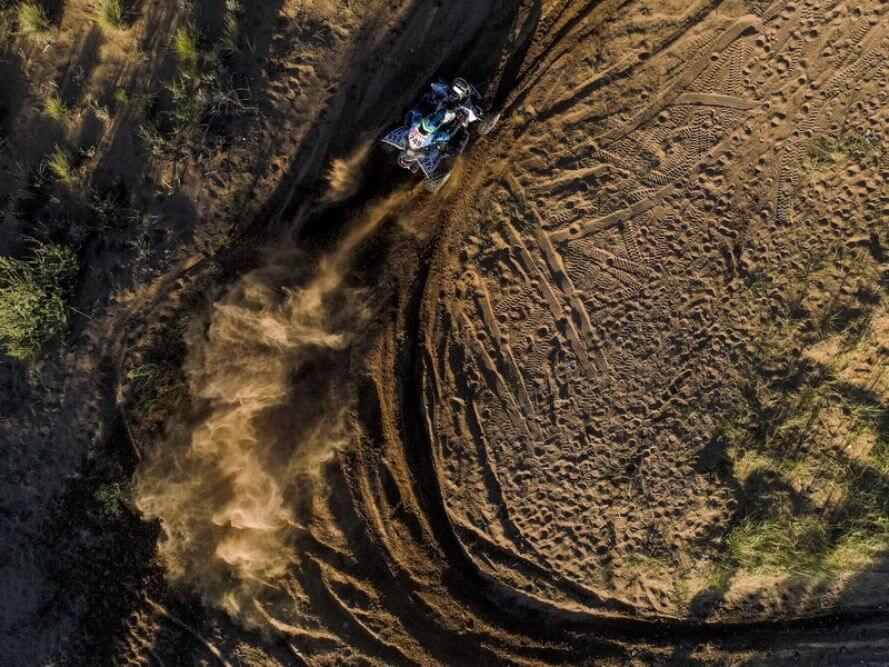 Quads: the boss is back!

After missing out last year, which delayed his discovery of Saudi Arabia, the convincing winner of the 2019 edition, Nicolás Cavigliasso, will probably be attempting to demonstrate that he has lost none of his skill behind the handlebars from the very outset in Jeddah. As a result, the pretenders for the crown in the quad category will have to flirt with excellence to reach the summit of the standings. This will also be a challenge to meet for a handful of other South American riders who have chosen to make the journey to the Middle East, as well as Frenchman Alexandre Giroud or Poland’s Kamil Wisniewski.

There is only one single former winner in the category among the 19 riders registered, but not just any old rider. Nicolás Cavigliasso tasted success on the Dakar in 2019 on his second participation in the rally, in a show of crushing domination as he won nine out of the ten stages on the programme, reaching Lima with a lead of almost two hours over his nearest pursuer. In the afterglow of his victory, the young man took the celebrations up a notch by asking his fiancée Valentina to marry him on the podium where he received his trophy. Most certainly focused on continuing with his honeymoon, Cavigliasso gave the first Saudi edition of the Dakar a miss, but has unambiguously announced his return to business several weeks before the start: “I’m coming back to take back my crown”. During its rise over the last decade, the quad category has been marked by the mastery of the Latino riders, greater in number and better in quality, with eight titles out of eleven editions won by Argentineans and a Chilean on their continent. However, Spanish will not be the majority language in the pack this year, even if the future boss has perhaps already been identified and even if his rivals and countrymen Manuel Andújar (5th in 2019, 4th in 2020) as well as Pablo Copetti (3rd in 2017) or Chilean Giovanni Enrico (a stage winner in 2020) will be trying to prove such a statement wrong.

This is because there has been a reshuffling of the deck in the category and the new context could be advantageous to the French riders, who have managed a breakthrough on recent editions and could continue their progress. Alexandre Giroud, who experienced the joy of a stage victory last year before prematurely exiting the race while in 2nd position in the general standings, will perhaps pick up the baton from Simon Vitse (2nd behind Casale on completion of the rally), who will again be racing this year, but with a different challenge as co-pilot for Dominique Housieaux. Romain Dutu might also have his word to say in the battle between the leading lights, but he will also have to watch out for attacks from another front, namely from Eastern Europe. Its most promising representative will be Poland’s Kamil Wisniewski, a stage winner at the end of the rally last January, who will be seeking to improve on his overall 5th place obtained in Riyadh. In this confrontation, it is by no means a sure thing that home advantage will benefit Abdul Majeed Al Khulaifi and enable him to shine at this level. In January 2020, he was the first Saudi rider to try his luck in the category, with a noteworthy but too brief appearance in the standings, though this year he does have the opportunity to spring a surprise.