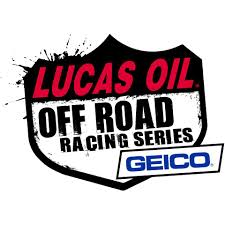 The idea of an off-road racetrack that would host a Lucas Oil Off Road Race came from the mind of Norm Dianda. The chairman and founder of Q&D Construction soon turned this concept into a concrete plan.

Dianda saw the opportunity to give a second life to the under-utilized former landfill property he had a master lease on, stimulate the regional economy, and put Reno on the off-road racing map in one single effort.

In a monumental effort, Q&D Construction built one of the most challenging off-road tracks in the West in only a few months. By late summer 2012, Wild West Motorsports Park opened to the public, welcoming large crowds and awestruck drivers. The track currently registers the highest speed of any on the LOORRS circuit. With huge jumps, hairpin turns, steep climbs and sharp descents, Wild West Motorsports Park houses one of the most unique and fan friendly tracks in the country.

In 2013, Wild West Motorsports Park expanded to include seating for up to 10,000 spectators. Each day it continues to succeed expectations and follow its vision to create to create the best off-road racing facility in Northern Nevada.