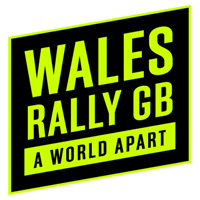 by WRC
188 people viewed this event.

Appealing to the purists, the UK’s round of the electrifying WRC will move back to a more traditional end-of-season date and be staged from Thursday 29 October to Sunday 1 November. As the penultimate – and final European round – on a calendar that commences in Monte Carlo in late January and finishes in Japan in late November, Wales once again is certain to deliver maximum excitement as the 2020 title race reaches its thrilling finale.

WRC
The World Rally Championship (WRC) is a rallying series organised by the FIA, culminating with a champion driver, co-driver and manufacturer. The driver's world championship and manufacturer's world championship are separate championships, but based on the same point system. The series currently consists of 14 three-day events driven on surfaces ranging from gravel and tarmac to snow and ice. Each rally is split into 15–25 special stages which are run against the clock on closed roads.
Faceboo
Rally Germany Previous post
Rally Japan Next post