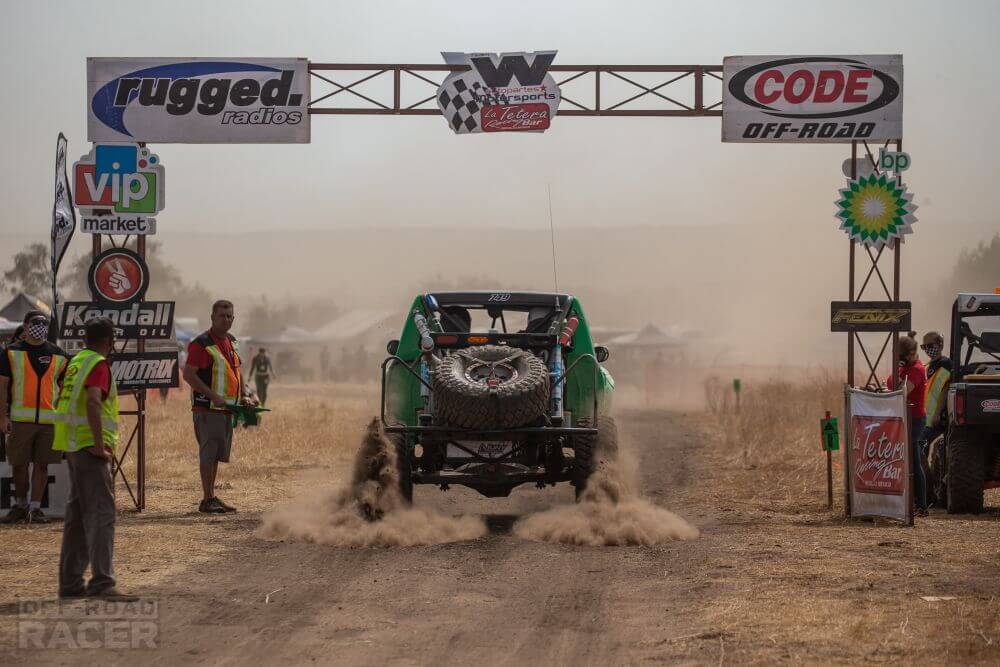 Racing is back in Baja! CODE Hechicera Gran Prix

After half a year of no racing of any kind in Baja, finally CODE managed to put together one of their fan-favorites, the VW Autopartes La Tetera Racing Bar Hechicera Grand Prix this past weekend in Rancho La Hechicera in Tecate just a couple miles down from the border.

Over 120 entries got together, with safety protocols applied. The contingency called for no more than two people allowed per race car during tech inspection, no fans allowed in the registration area and start/finish area, safe distances between teams and fans with face-masks were required at all times which seems understandable to get the permit to make a race. “We were locked for months! We needed to breathe some dust finally!” Said Joaquín Rodriguez, CODE owner who was relieved telling us that they worked for months to make this race happen.

This was one of the latest additions to the CODE Off-road calendar a few years back, it consists in a 20-mile race loop full of fast sections, whoops, natural jumps, you name it, a little bit of everything that racers had to tackle twice during the day, one heat in the morning and one in the afternoon. The sun was shining, the dust was rising and smiles everywhere behind those face maks, time to go race!

With an average speed of 45mph and beating the unlimited vehicles we have the #1009 Alberto Mendez who was the only driver that made it under 3 hours to complete the race with a final time of 2:47:13, taking the overall in a brand new Alumicraft unit proving that sometimes it is better to be nimble than have all the horsepower. And speaking of horsepower, in the Open Truck category, #28 Manuel Robles, Ramiro Vasquez and Fernando Leyva got the first place spot after having virtually no competition after half the field DNF’d and the second place #30 Raul Montiel, Alan Montiel and Israel Barrios got to the finish line half an hour later than first place.

On the UTV’s turbo category, #2918 JC Vidauri, Rene Montaño and Heriberto Rosales made the second fastest time of the weekend with a time of 3:00:20 beating the whole field except for Alberto Mendez in his Class10, this category also had the biggest field of competition with nearly 20 entries; the UTV’s takeover has finally breached Baja.

Last but not least by any means, the second largest field of the day Class11. They had an intense battle all day long, only seven teams made it to the finish, all within 15 minutes of each other after the 2 heats they had to fight. #1108 Roberto Robles, Raul Haro and Fernando Barroso were able to take the 1st place spot having a clean race with no mistakes beating the #1110 team of Antonio Espinoza by 6 min and the last podium finish of #1103 Julio Quiñones, by 10 minutes.

With this we hope we can get back to our regular racing schedule after more and more race organizations are managing to control the contingency to create safe and fun events for everybody. Now all of our attention is on the long-awaited SCORE Baja 500 happening in only two weeks under the heat and beautiful desert of San Felipe, Baja.