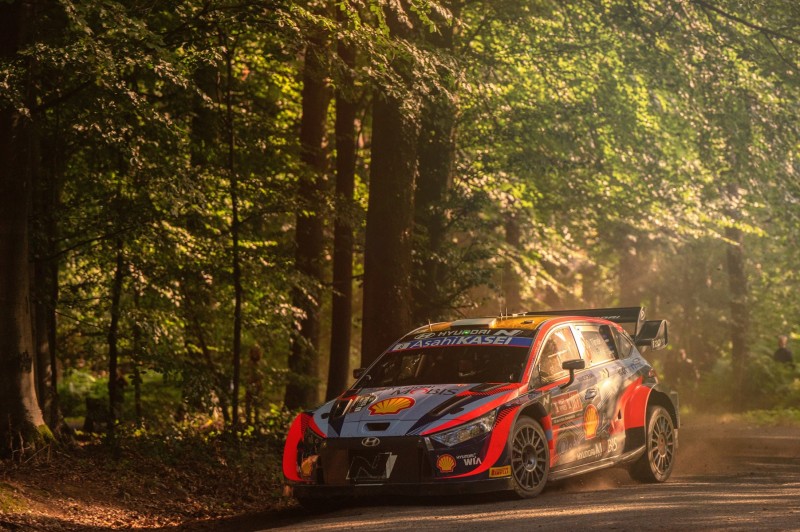 Rally Belgium, Tänak wins even on asphalt with hard tires

Ypres, August 21, 2022 – The Ypres Rally Belgium, the third-to-last asphalt race of the World Championship, closed with many confirmations and some surprises. These are the confirmations: Ott Tänak, who by winning the Belgian race reaffirms that he is Kalle Rovanperä’s most formidable rival for the title race; the dangerousness of the ditches on the Belgian roads, which stopped the race first of the Finn and then of Thierry Neuville; and the reliability even on medium slippery and dirty terrain of Pirelli P Zero Hard asphalt tyres. Among the surprises were stable weather conditions on Saturday and Sunday and the resulting almost one-way tyre strategy.

THE CHALLENGE
Characterizing the race were the road surfaces with poor grip, which tended to accumulate debris as the various cars passed by, although to an extent absolutely in line with what is to be expected in Belgium and with no effect on performance, which remained unchanged in the repetition of practice and often even improved. Rain, traditionally one of the most fearsome variants of the Belgian race, made its appearance only on Friday, albeit lightly and in spots. Also constant were the temperatures, which never dropped below 18 degrees, even in morning practice.

TYRE CHOICE
The tyre strategy followed the weather conditions and the crews’ learning curve on the evolution of the roads. Thus, while Friday saw a varied tyre choice, with the top drivers of the day coming out with a mix of the three types of tyres available (hard, soft and wet), the later stages were marked by the exclusive domination of the P Zero Hard, which ensured performance and reliability even in low grip conditions and the presence of debris on the roads. Average and top speeds were quite sustained, despite the dirt and constant hard braking, with Tänak running the race with an average speed of 116.0 kmh, while the fastest special stage was the 8.95-kilometer Langemark 2, won by Thierry Neuville at 127.6 kmh average.

PIRELLI QUOTE
Terenzio Testoni, rally activity manager: “The hard tyres showed great robustness and excellent resistance to the stresses to which they were subjected throughout the race, allowing the drivers and cars to express their potential to the full. Also satisfactory was the proof of the softs, which took the field only on Friday and in combination with the other tyres, which ensured grip even in the conditions made more challenging by the light rain that fell on the first day of the race. In two weeks we return to the Greek gravel roads, among the most fearsome in the Championship, for which the Scorpion Hard for gravel will be the prime choice.”

Slightly more varied tyre strategy in WRC2, in which the Frenchman Stéphane Lefebvre on Citroën C3 Rally2 won, resisting throughout the race and even stretching in the final, the pursuit of Andreas Mikkelsen on Škoda Fabia Rally2. In WRC3 and the Belgian Championship, also exclusively supplied by Pirelli, victory went to Jan Cerny on Ford Fiesta Rally3 and Lefebrve himself, respectively.
URL: https://press.pirelli.com/rally-belgium-taenak-wins-even-on-asphalt-with-hard-tyres/