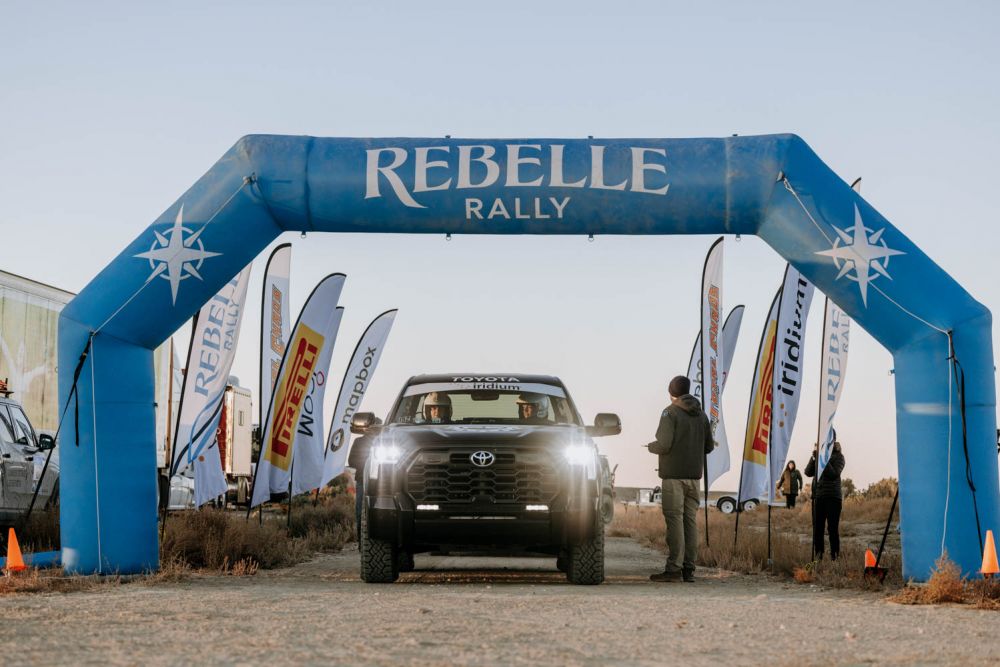 October 8, 2022
“Today will be a long a complex day. Pace is the name of the day,” said Rebelle Founder Emily Miller during the start of the morning meeting on today’s Stage 1. With sweeping views of Mt. Jefferson, Stage 1 loop covered 242 kilometers and included 18 checkpoints (CPs) and an On Time Enduro.

The course consisted of crossing over numerous high passes including Northumberland Pass where the 4×4 Class competitors had to decide whether to take the regular route which includes a steep descent into Monitor Valley or the more technical driving X route for CPs #7 and #8. The teams then had the option to visit the rare and unique geologic formation Diana’s Punchbowl which required some careful driving, or turn back west again to collect CPs near the town of Manhattan before returning after their very long day back to basecamp. 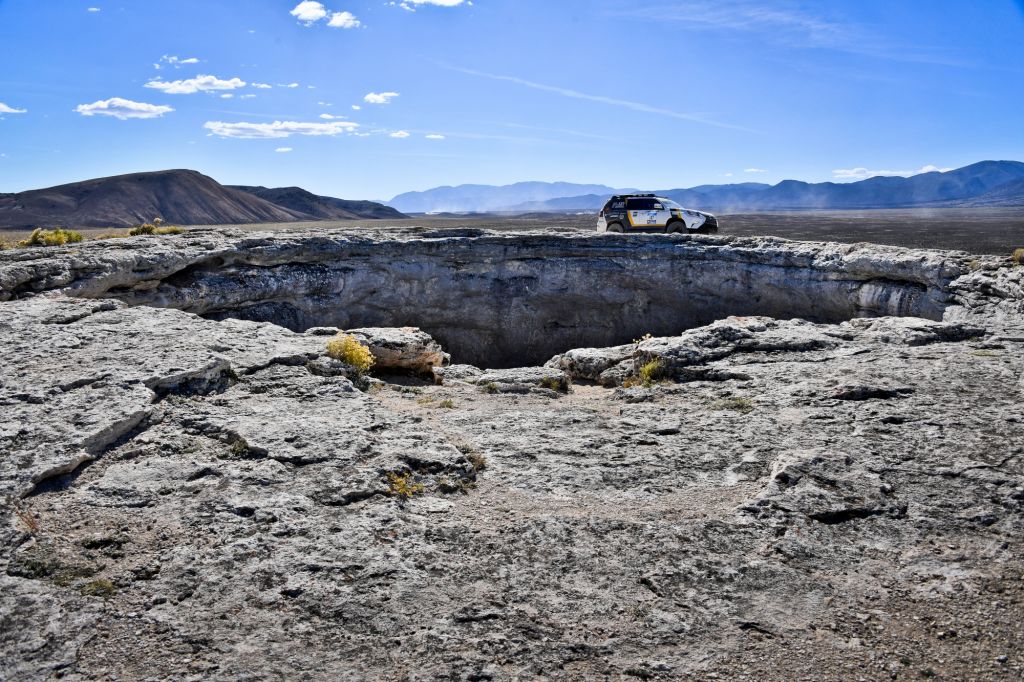 Stage 1 was a chance for teams to start strong and stand out as contenders to be on the podium at the end of the rally. Team #129 4xEventures of Nena Barlow and Teralin Petereit showed that they’re back here to win again, finishing their day on top with a perfect score.

When asked if there was pressure to stay on top, Barlow had the following perspective, “Yes, absolutely. It’s not only competition with others but yourself as well. You ask yourself if you can maintain that consistency. We stayed really consistent last year all week and while anything can happen, you want to continue that momentum. I think we can – but you never know when there are some blips in the road. The other side of the spectrum is that it puts a target on your back and there are a few people in this room who have their eye on your position.” 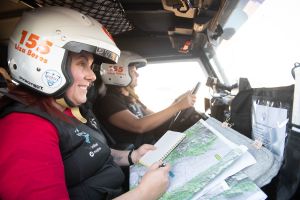 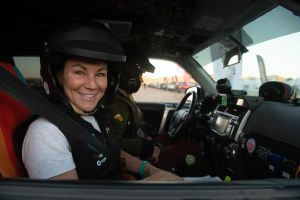 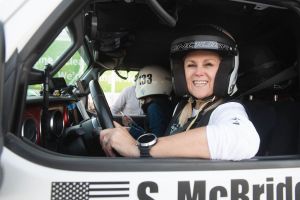 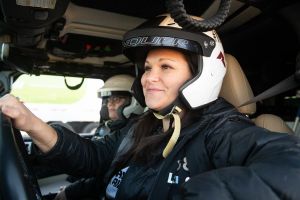 They were followed by a two-way tie for second with the Toyota 4Runner of Team #154 CHAOS (Rori Lewis / Renée Vento) and the Jeep Wrangler Rubicon Unlimited of Team #188 Dirt Hustle (Laura Wanlass/Maria Guitar) who also happened to be the first off the line today. For Wanlass, it was a slightly different approach, “Today was all about getting back into the groove of the rally, so we decided to attempt the more difficult course that Emily and her team planned out. There were a few mistakes to work on, but it was a really fun Stage 1,”

For the CHAOS Team, they are both seasoned veterans of the Rebelle but this is the first time competing together. “This is the first time I’ve actually had enough time prior to the Rebelle to prepare with my partner,” stated Vento. “So we were able to get in the car together and practice on numerous occasions. I knew who I was going there with, and I knew the vehicle was going to be sound, so I had a lot more peace of mind coming into this year’s rally. Being partnered with Rori gave it an extra boost because I was on the fence about whether or not I was going to do it this year. When the opportunity to compete with her came up, that was a no-brainer. This is the best I’ve felt going into a rally.” 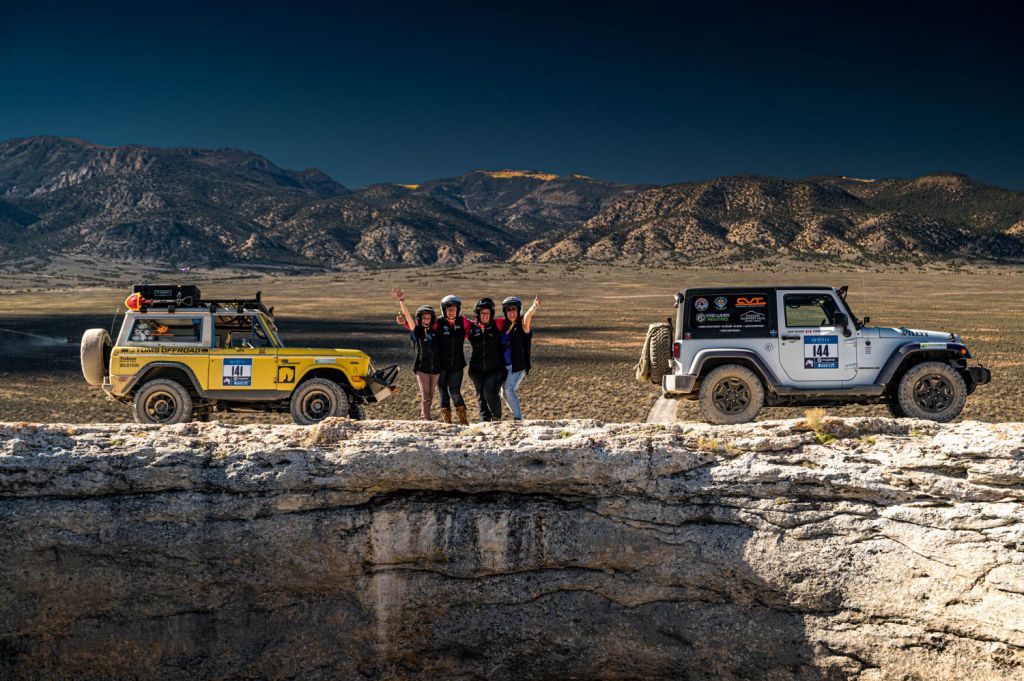 Other notable finishes included last year’s Rookies of the Year, Becky Brophy and Samantha Barber #152 Toyota Way-Finders, who finished fifth. They are back with an all-new 2022 Toyota Tundra Hybrid and showing the field why they were the only top 10 rookie finisher in 2021.

Kris Vockler and Andrea Shaffer of Team #145 Fast ‘N Curious Offroad who have a combined nine years of experience in the Rebelle (with Andrea being an OG), only started competing together in 2021. They finished fourth with plenty of experience to keep them a team to watch. 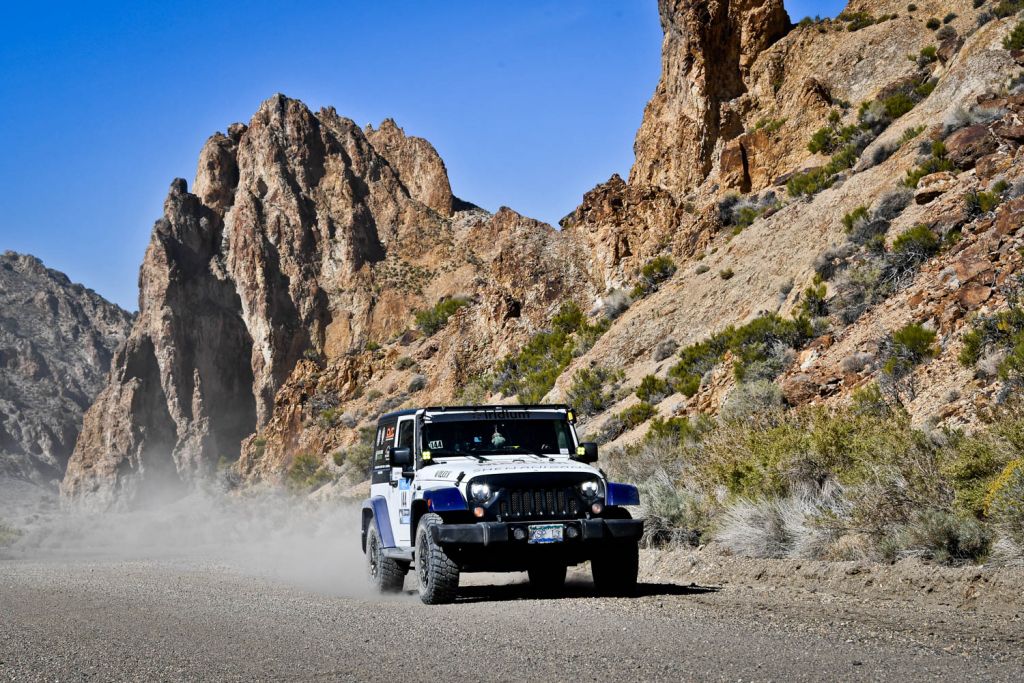 And the X-Cross™ class competition is just as fierce this year with quite a few veteran teams coming over to compete in a different class. Sharing the lead at the end of the day was Carey Lando and Angie Lux in the 2014 Subaru Outback Team #204 MtnSubi. The duo are close friends and travel buddies after meeting at last year’s training for the Rebelle Rally. Both were drawn to the adventure of being outdoors and fun fact: Angie is a jammer for her local roller derby team, Spawn of Skatin!

The other half of the X-Cross™ lead is held by a 2022 Ford Bronco Sport Badlands #200 Team Built Wild helmed by Chris Benzie and Melissa Clark. Their bone stock Bronco turned heads on the trail and while this is their first time competing together, they’ve been friends since meeting on the 2018 rally.

After her fourth year of competition, Chris is competing with someone other than her daughter but she still firmly maintains, “What’s better than being a Rebelle? Having a daughter who is a Rebelle”. 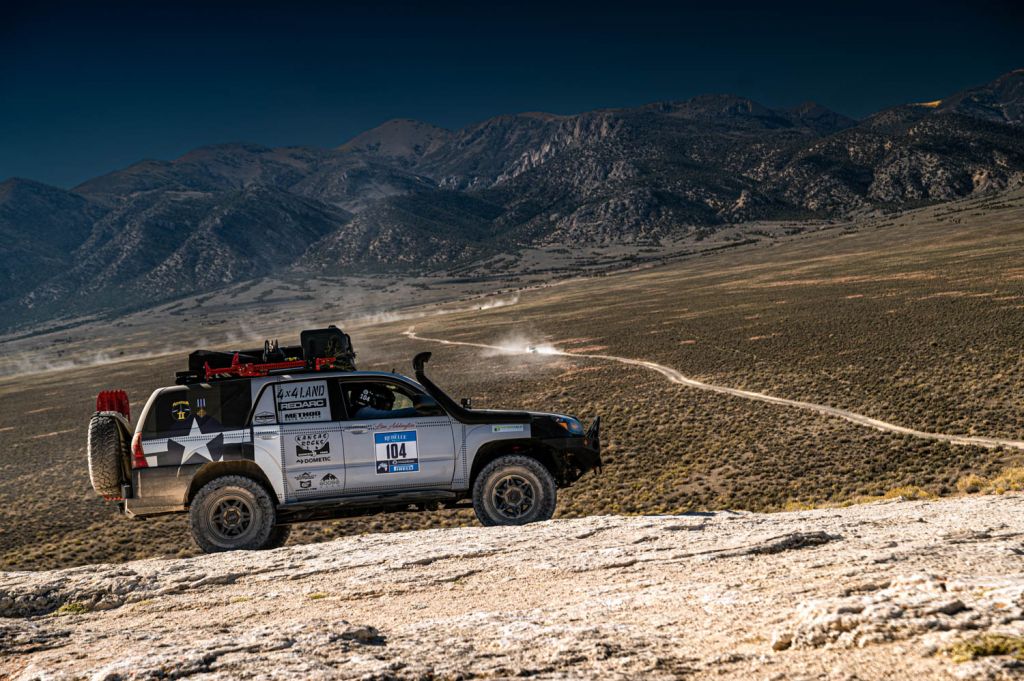 Rounding out the top three in the X-Cross™ class is another bone stock vehicle, a 2023 Nissan Pathfinder Rock Creek Edition brought to the rally by Sedona Blinson and Lyn Woodward as Team #216 Wild Grace.

With such a strong field of X-Cross™ competitors this year, things are sure to heat up as we see more of these extremely capable vehicles out on the trails.

As a result of a random draw, Team #156 The HoneyBadgers will be the first out of the line at 7 AM PDT on Sunday morning for Stage 2 en route to the marathon leg of the rally where competitors will self camp and spend the night without Rebelle staff. 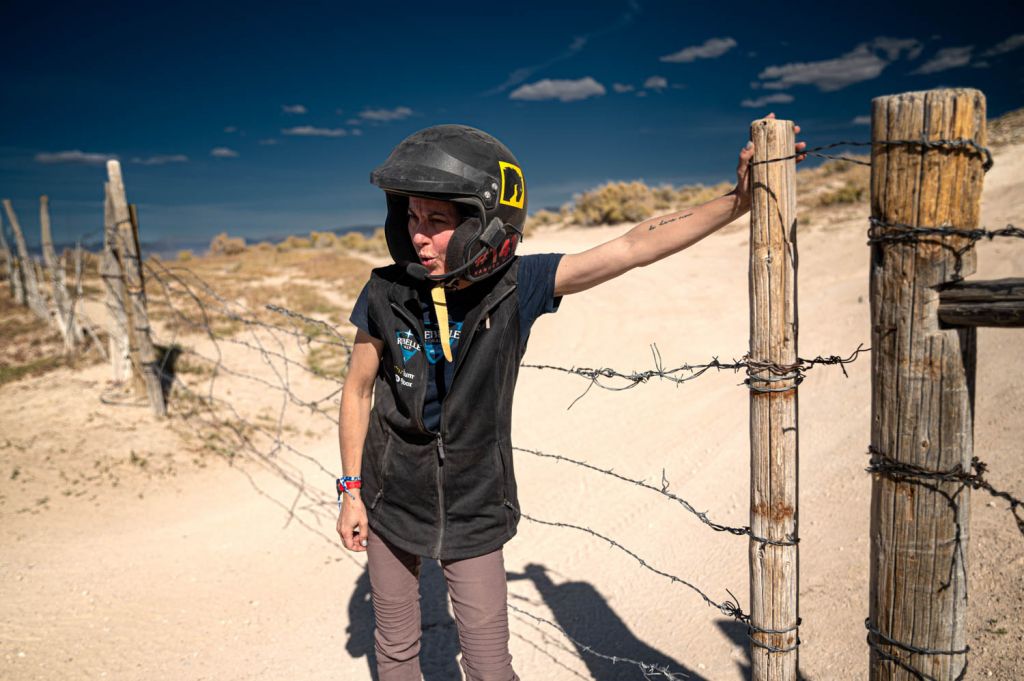 Want to learn more about the women competing in the Rebelle Rally? Team bios are live now at www.rebellerally.com/2022-teams.