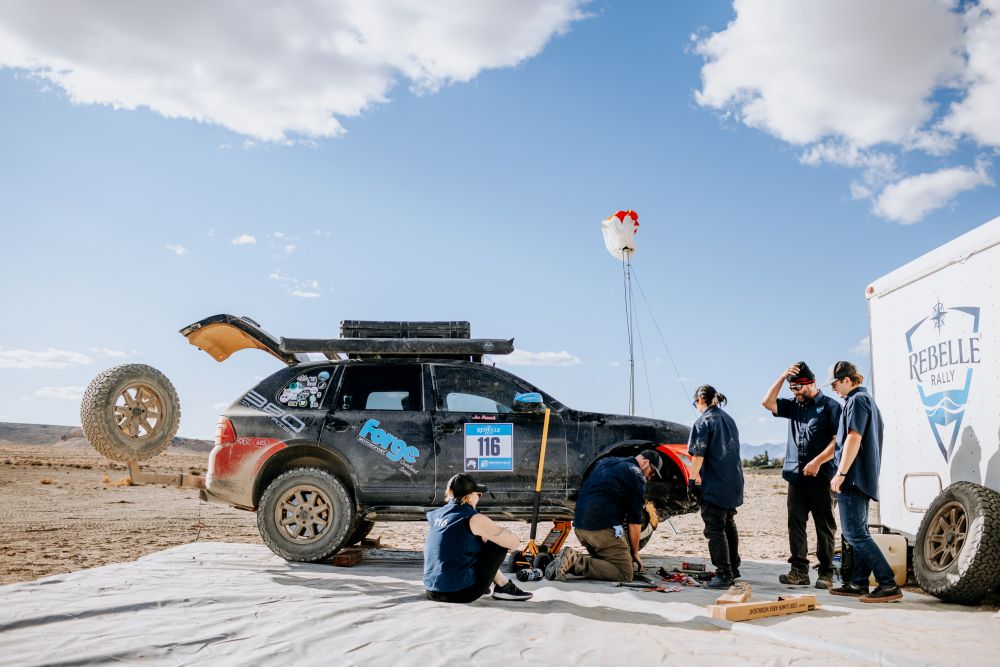 October 10, 2021
Rookie Rebelles got thrown into the deep end of the pool right off the bat on STAGE 1 of the 2021 edition of the rally. STAGE 1 covered 285 kilometers and included 20 checpoints (CPs) for the 4×4 Class and 19 CPs for the X- Cross™ Class and an On Time Enduro. The course consisted of a figure eight through Lunar Crater National Natural Landmark with three scoring groups to keep teams from following one another. The southern loop of the course had numerous optional CPs with rocky, technical terrain that required precise tire placement. Carnage included a broken strut mount that took out an axle shaft, broken shock mounts, a flat tire, and more. 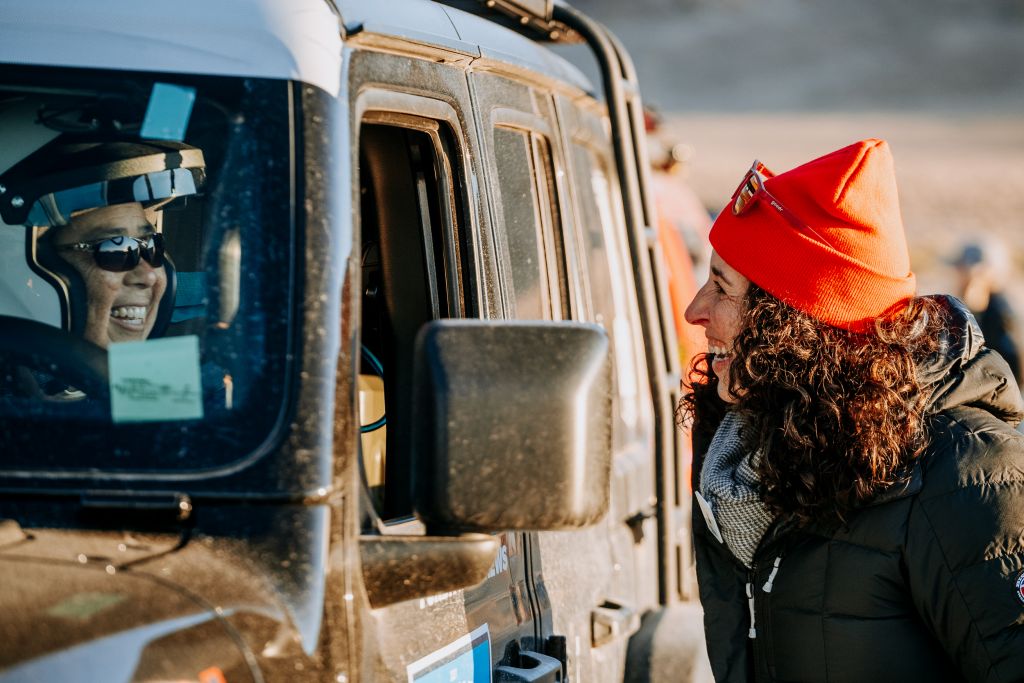 Many veteran teams commented that this stage contained the most diverse terrain and landscape of any single stage to date. The start was long and difficult, delivering on the promise that the Rebelle Rally is a challenge. Nena Barlow and Teralin Petereit of Team #129 4xEventures were the first off the line and posted the top score for the day in their Jeep Wrangler 4xE. They were followed by the Rivian R1T of Team #140 Killerwatt (Emme Hall / Rebeca Donaghe) and Team #150 G.O.A.T. (Shelby Hall / Penny Dale) in their Ford Bronco. Samantha Barber and Becky Brophy of Team #152 Toyota Way-Finders in their “She-Quoia” were the only rookies in top ten after STAGE 1, finishing in 8th place for the day. 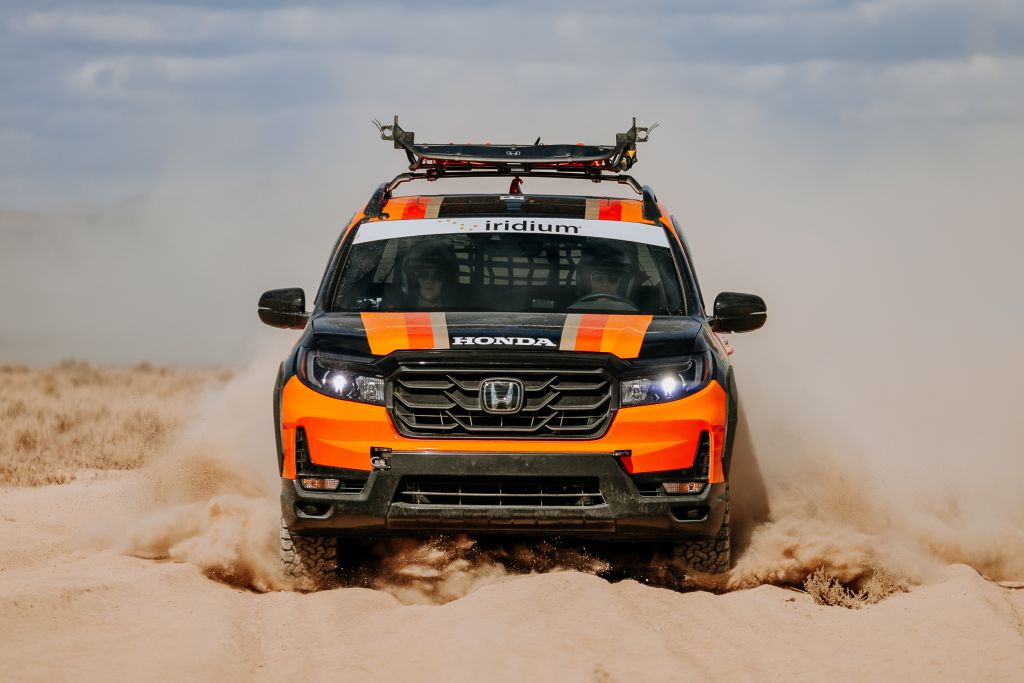 In the X-Cross™ Class, Original Rebelles Cora Jokinen and Melissa Fisher of Team #202 Ford Performance posted the top score in their Ford Bronco Sport. They were followed closely by Team #206 Giggle Watts in the Kia Sorrento PHEV piloted by Tana White and her teammate Verena Mei, who is new to the Rebelle Rally but not to rally. Team #219 Wunder On (Kaitlin Mason / Renee Vento) rounded out the top three in X-Cross™ on STAGE 1. 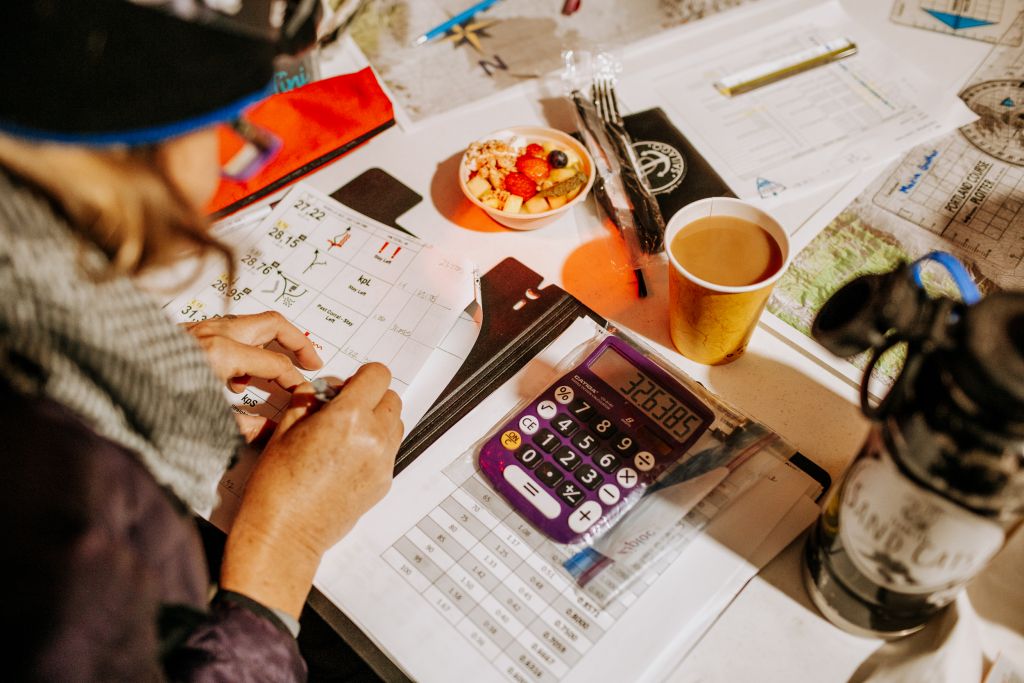 Team #129 4xEventures will be the first out of the line at 7 AM Pacific Time on Sunday morning for STAGE 2 Powered by Pirelli en route to the next basecamp at Big Dune. The basecamps contain, amongst other things, sanitized mobile showers and bathrooms, a remote fueling truck, a Renewable Innovations charging station for the EVs, a full mobile repair station, and a food tent staffed by Michelin star chef Drew Deckman and his talented crew from Deckman’s in Guadalupe Valley, Baja, Mexico.
Want to learn more about the women competing in the Rebelle Rally? Team bios are live now at www.rebellerally.com/2021-teams/. 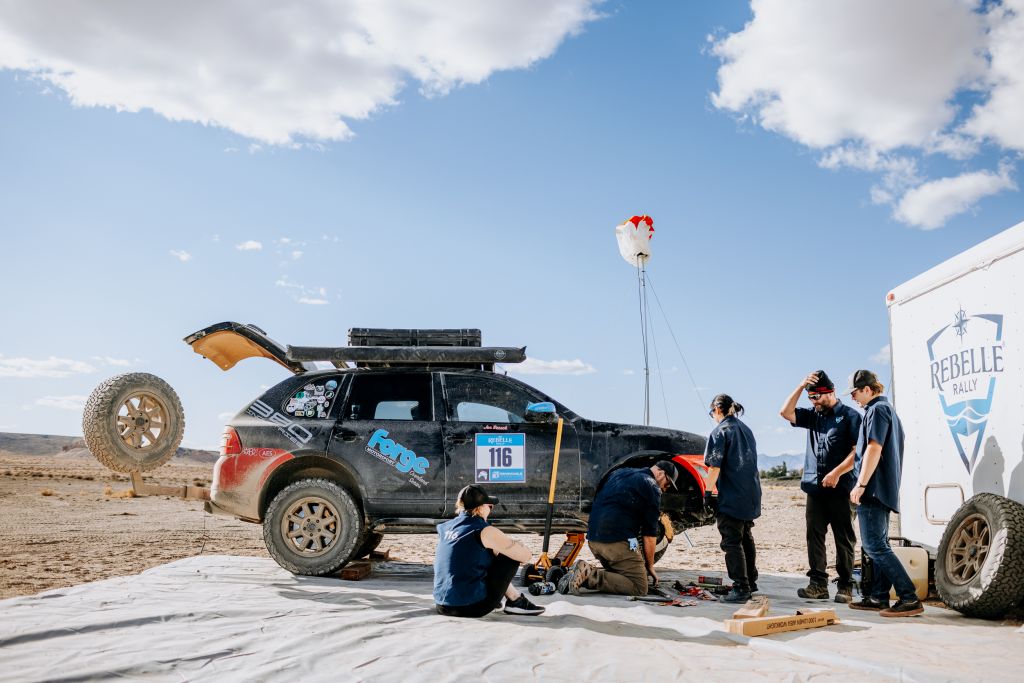 Daily Tech Tip- Is The Rebelle Rally A Race
The Rebelle Rally is NOT a race, it is a competition. It differs from a traditional race where speed is a priority to finish as quickly as possible. By contrast, the Rebelle Rally is about precision, not speed. Precise navigation and precise driving. There is no GPS, no pre-running, and you don’t need a highly modified vehicle to be successful at the Rebelle Rally. “My vision was to create an event that rewards intelligence, proper planning, and attention to detail,” Rebelle Founder Emily Miller explained. Over eight days, teams comprised of two women (one driver, one navigator) use maps, compasses, and roadbooks to navigate to multiple CPs and Enduros in a prescribed amount of time. Some CPs are visibly marked by a flag and course worker (Green CPs), while others are marked by a small flag or PVC pipe (Blue CPs). Black CPs offer the greatest challenge, with no visible reference on the ground. Teams check in at each CP with their tracker, and the closer they are to the exact Black CP location the more points they receive.