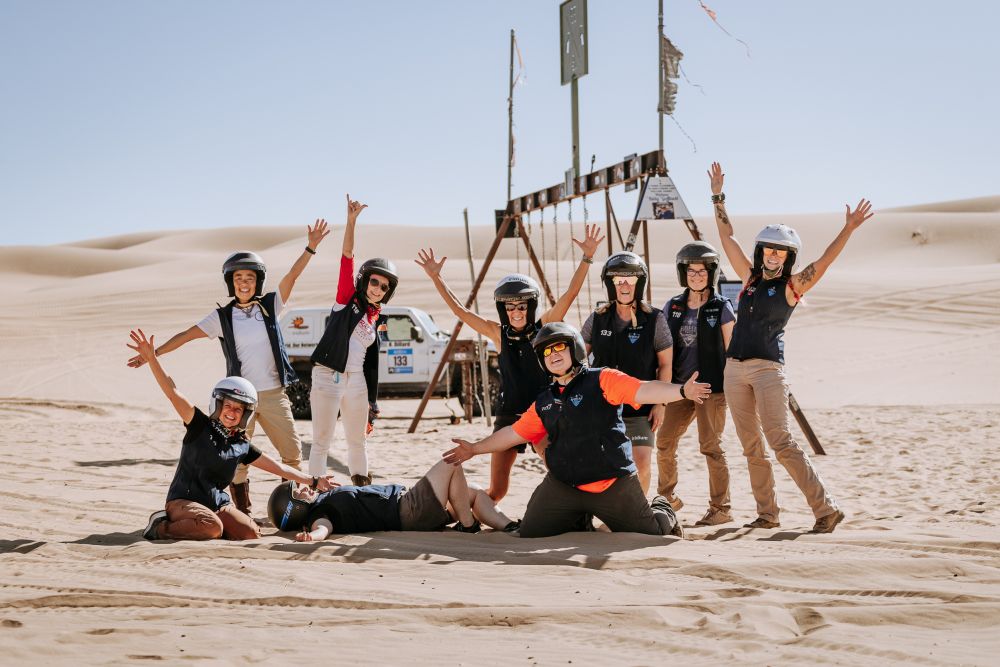 October 15, 2021
The Rebelle Rally starts innocently enough with an unscored day en route to the first base camp. Do not be fooled though, this event is a pressure cooker for drivers and navigators alike. Rebelle Founder Emily Miller and Course Director Jimmy Lewis set up the course to be increasingly difficult for each day of competition, in terms of both navigation and driving skills. And it all culminated at the Imperial Sand Dunes (aka Glamis) on STAGE 7 powered by TOTAL CHAOS. 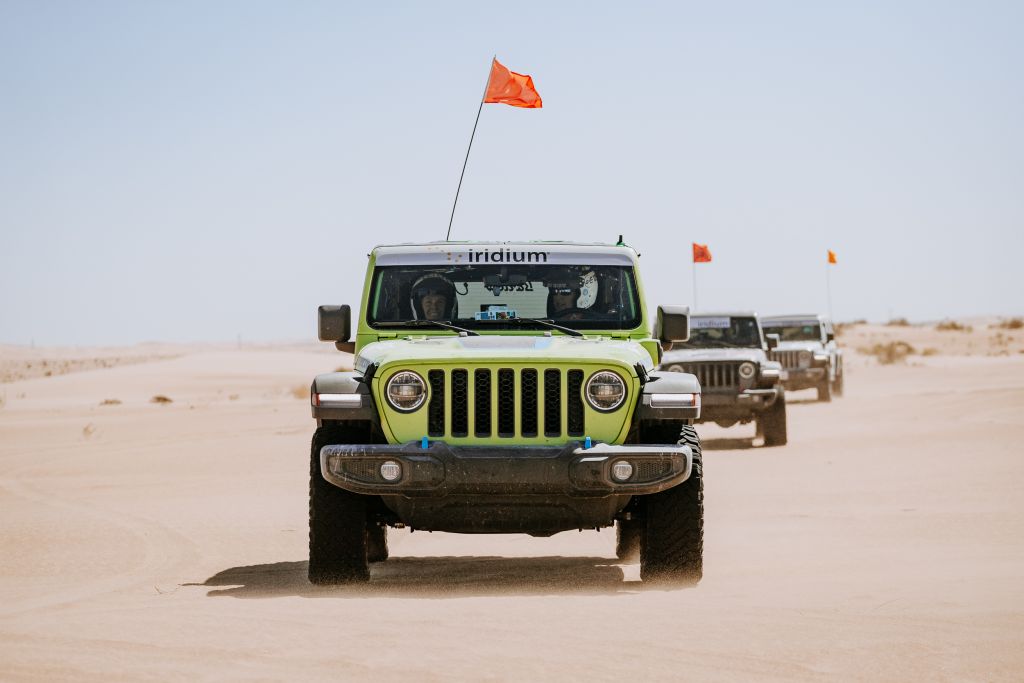 At the top of the 4×4 Class standings, Team #149 4xEventures (Nena Barlow / Teralin Petereit) and Team #177 Jeep Thrills (Emily Benzie / Christine Benzie) had sizable leads coming into the final stage. The teams made a strategic decision to work together and maintain their positions, finishing second and third for the day to end in first and second overall. The final podium spot was very much in play though coming into STAGE 7, with only twenty points (the equivalent of one green CP) separating third through sixth place. Team #188 Dirt Hustle (Laura Wanlass / Maria Guitar) worked with Team #149 4xEventures and #177 Jeep Thrills to win the final stage and catapult them from fifth to third in the overall standings, making it an all-Jeep Rubicon podium. 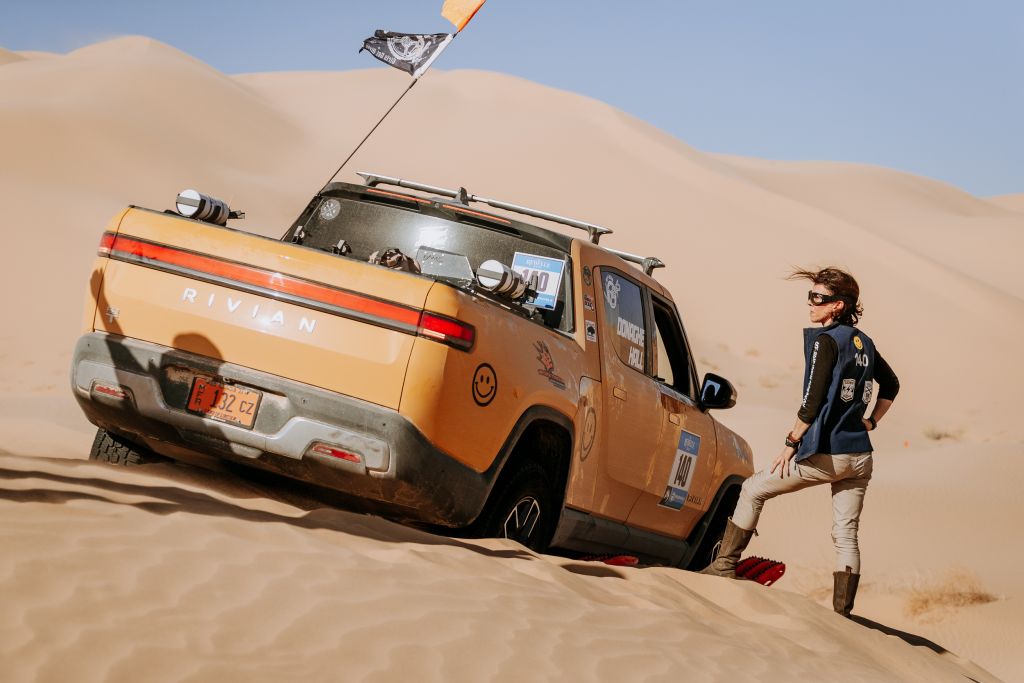 Team #149 4xEventures not only won the 4×4 Class, they were also the top scoring Bone Stock and Electrified vehicle in their Jeep Wrangler Rubicon 4xe. The Bone Stock designation requires vehicles to be as delivered from the manufacturer, with the only allowances for aftermarket tires and wheels in the factory size. New last year, the Electrified Designation applies to EVs, PHEVs, and hybrid vehicles. Electrified vehicles placed first and second in the 4×4 Class this year. 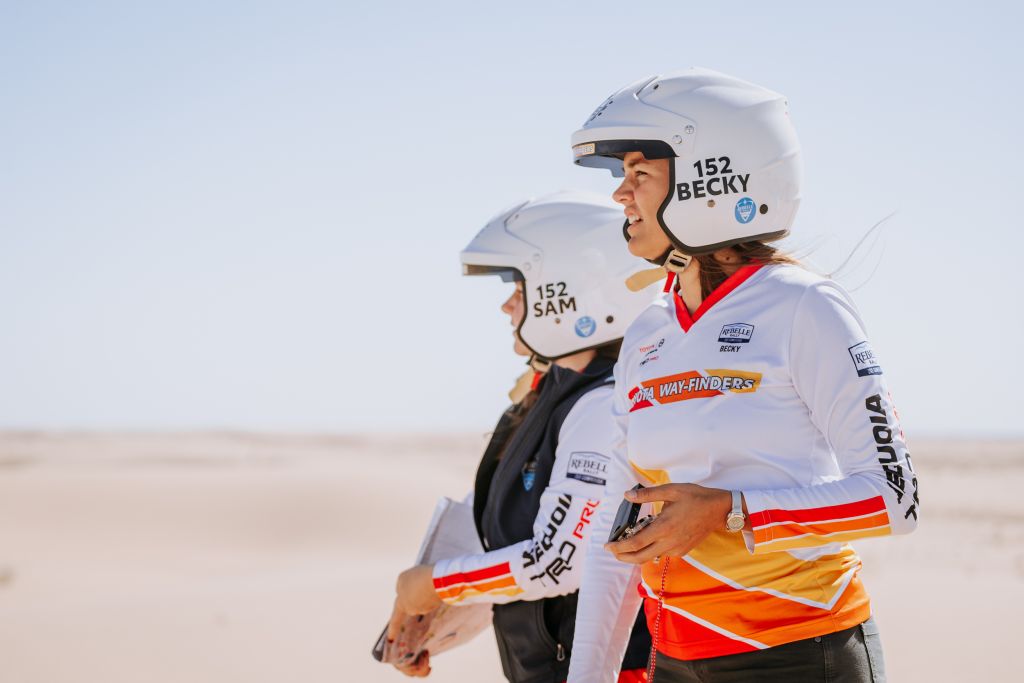 The only rookies who finished in the top ten were Team #152 Toyota Way-Finders (Samantha Barber / Becky Brophy). The two engineers from Toyota’s Production Engineering division piloted their Toyota “She-Quoia” to a ninth-place finish overall. Brophy grew up in Northern Kentucky and graduated from University of Kentucky with degrees in Electrical and Computer Engineering. Barber earned her Bachelor of Science in Motorsports Engineering and Mechanical Engineering from IUPUI and has Baja racing experience on her resume. 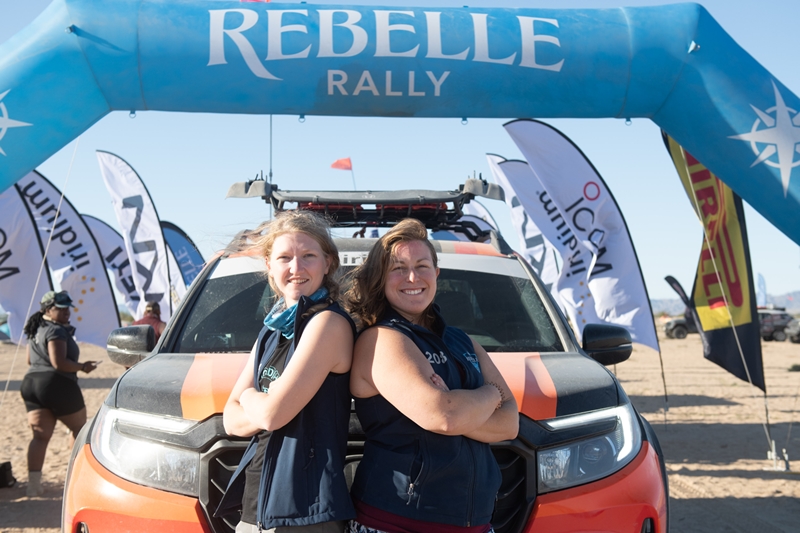 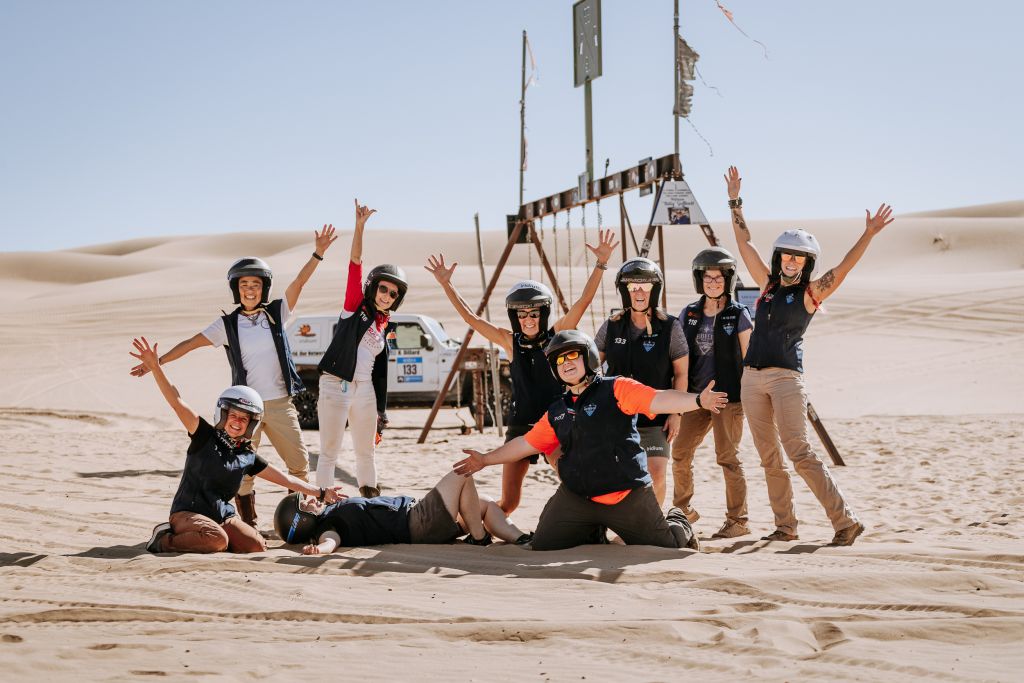 Daily Tech Tip- What Is the Team Spirit Award?
It is not always about your score, but how you compete. The Rebelle Rally Team Spirit Award is designed to promote and encourage a positive spirit in the midst of focused competition. It is searching for solutions, providing encouragement, and treating others with respect and enthusiasm – which ultimately results in fostering a spirited, competitive climate. The Team Spirit Award winners, as voted on by competitors and course staff, will win a $5,000 donation in their name to the charity of their choice.

About the Rebelle Rally
The Rebelle Rally is the longest competitive off-road rally in the United States. Traversing over 2,500 kilometers through Nevada and California’s iconic terrain, it is an endurance competition for women consisting of precision driving and navigating – not fastest speed. The competition is innovative and unique, using maps, compass, roadbooks and strategy – known as Rebelle Format. GPS and other electronic devices are strictly prohibited. Remote and off-grid for eight competition days, the Rebelle Rally is considered a providing ground for people, products and stock manufacturer vehicles.
To learn more, visit rebellerally.com