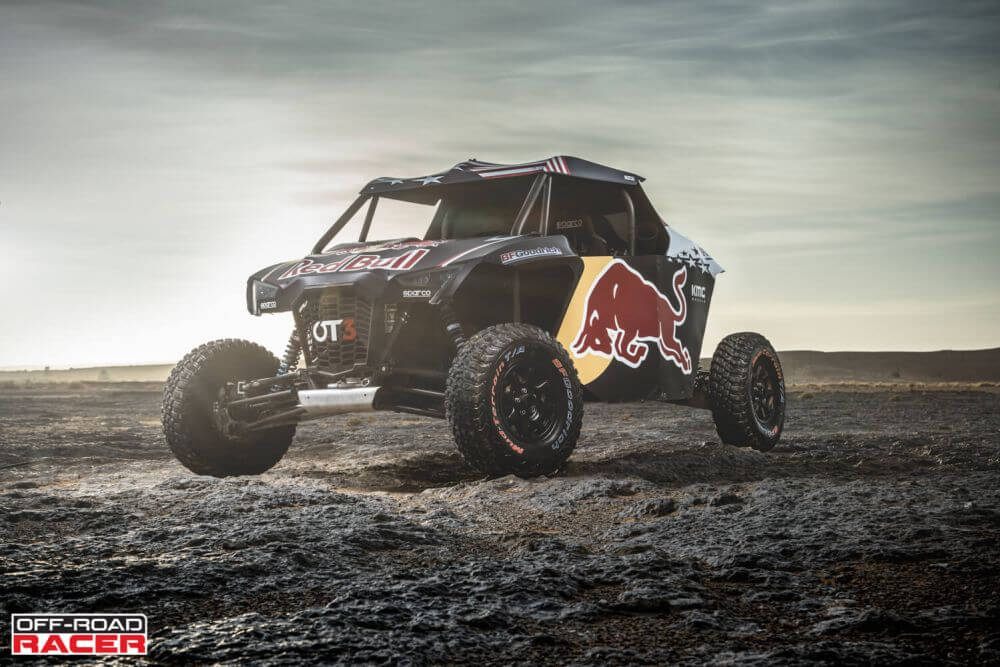 Red Bull Off-Road Junior Program will shoot for the stars

A fresh challenger is revved up and ready to breathe new life into the world’s toughest races. In 2020 the Red Bull Off-Road Junior Program will compete in the most prestigious off-road races on the planet as we accelerate the development of the champions of tomorrow.

The program is the first-ever global talent search launched by Red Bull to find the off-road stars of the future. The goal is to scout, identify and develop/grow the most promising off-road racers in the world. Those enrolled in the program will be given a professional platform to compete at a worldwide calendar of iconic races in the coming year.

As well as giving young, raw-talented and hungry drivers entry into top races, the principles of the Red Bull Off-Road Junior Program mirror successful strategies from other motorsport disciplines.

As with the Red Bull Junior Team in open wheel racing that brought through Sebastian Vettel, Daniel Ricciardo and Max Verstappen to Formula 1, there will be a mentor scheme in place so the next generation of racers can learn from those who have been there and done it. Cyril Despres, five-time Dakar Rally bike race winner and two-time Silk Way Rally champion in a PEUGEOT DKR, will be on hand to coach and advise the youngsters in the program.

“I’ll be an open book for the young drivers. I’ll listen to any questions and give my input on strategy, driving, navigation and training.” – Cyril Despres, five-time Dakar Rally winner

The OT3 vehicle to be driven by the Red Bull Off-Road Junior Program has been developed in cooperation with Overdrive Racing, the team that has successfully collaborated with Nasser Al-Attiyah during FIA World Cup for Cross-Country Rallies and Dakar Rally victories. Al-Attiyah and co-driver Mathieu Baumel were the first to drive the OT3 ‘out of the box’ and have given their own expert input into the development of the package.

“I think the Red Bull Off-Road Junior Program is an amazing project. Every sport needs to see the next generation coming through.” – Nasser Al-Attiyah, multiple FIA World Cup for Cross-Country Rallies and Dakar Rally champion

The OT3 by Overdrive is the first prototype Side-by-side (SxS) machine ever built specifically for off-road racing. During testing its fearsome 1000cc rear-mounted turbo engine produced an impressive 177 horsepower and 290Nm of torque in its FIA version.

The current global surge in popularity of the SxS category makes it the ideal proving ground for the recruits of the Red Bull Off-Road Junior Program. At numerous times throughout the year the thriving SxS community sees up to 150,000 enthusiasts descend on venues such as the Imperial Sand Dunes in Glamis, California. Stateside interest in SxS is also swelling around races such as the famous Baja 1000, Mint 400 and Vegas to Reno among others.

Since the inclusion of the SxS category at the 2017 Dakar, the class has also quickly established itself as a fans’ favourite at the world’s toughest rally due to the unpredictable and dramatic nature of the racing action.

“The SxS category is perfect for these young drivers to start their adventure with the Red Bull Off-Road Junior Program.” – Cyril Despres

The Red Bull Off-Road Junior Program is supported by prestigious partners of the motorsport industry. Illustrious brands such as BFGoodrich, KMC Wheels and Sparco have thrown their weight behind this exciting new project.

“Partnering with the first Red Bull Off-Road Junior Program is a natural fit for BFGoodrich Tires, as we have a long history of ‘firsts’.”– Harold Phillips, BFGoodrich Global General Manager

“This new challenge is something that fits totally with the DNA of Sparco. We stand shoulder-to-shoulder with the drivers and their crews and will do all we can to help them achieve their goals.”– Claudio Pastoris, CEO of Sparco

“We are thrilled to be a part of this ambitious and innovative racing program. Working with partners such as Red Bull, BFGoodrich and Overdrive that have such a rich and successful history in off-road racing globally is an awesome opportunity.” – Mike Bell, Sports Marketing Manager at KMC Wheels

For any hotshot off-road racer, joining up with the Red Bull Off-Road Junior Program is the opportunity of a lifetime. We’ll be announcing the first intake of the program on December 17 and you can follow their progress across Red Bull’s unparalleled off-road coverage.