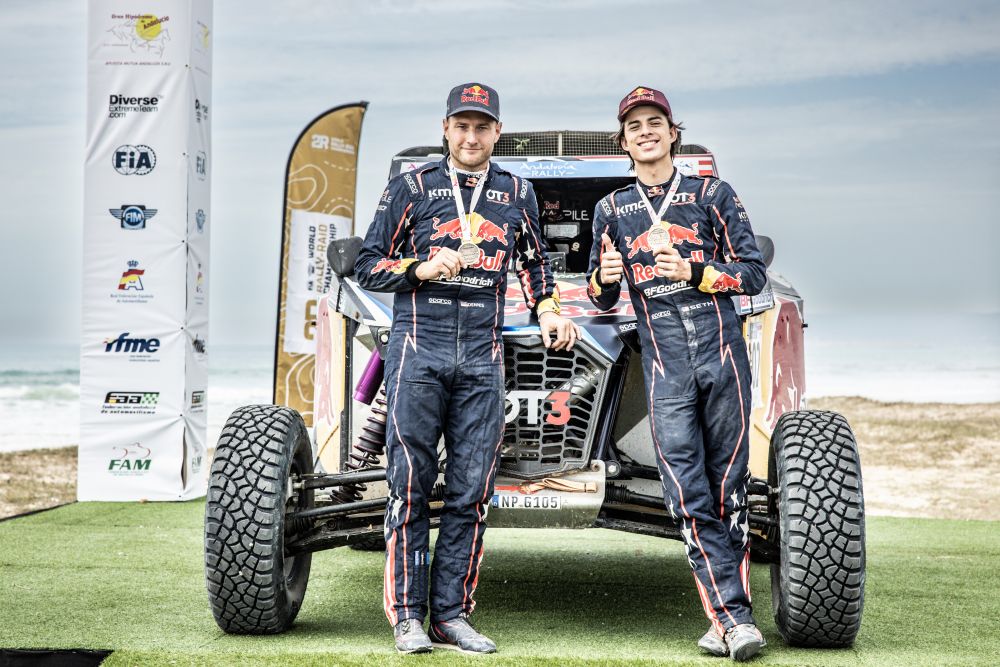 An exceptional finish to the first-ever World Rally-Raid Championship saw the Red Bull Off-Road Junior Team score victory in Spain. Guillaume De Mevius’s win in the T3 class came as both Seth Quintero and Cristina Gutiérrez finished on the overall championship podium. Also, François Cazalet took the title as best co-driver in the T3 category as the prizes continue to stack up for this talented squad of young off-road chargers.

De Mevius had accomplished stage victories at the three previous championship rounds before arriving at the Andalucia Rally. In Spain the Belgian racer was able to win every T3 stage of the rally to secure his first overall win for the Red Bull Off-Road Junior Team.

Alongside De Mevius was co-driver François Cazalet who racked up the points needed to be the top T3 co-driver in the inaugural World Rally-Raid Championship. 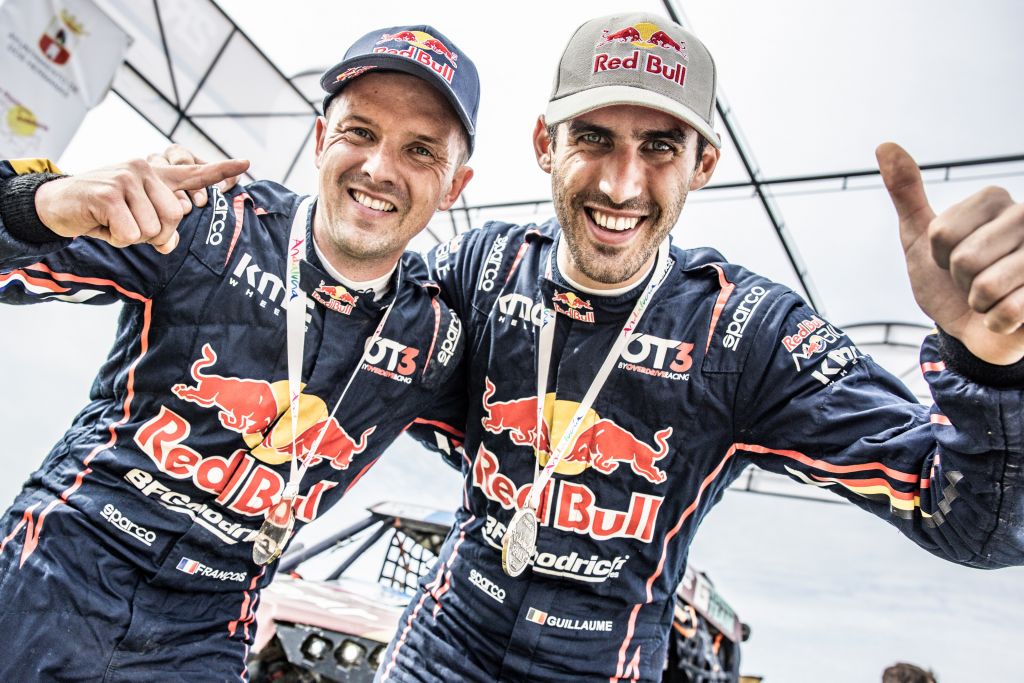 “My co-driver is world champion and now I have my first win in the W2RC. I’ve been chasing that for a long time so it’s great to now finally have it.” – Guillaume De Mevius

Quintero started the race in Spain with one very clear objective, he would do everything he could to reel in championship leader Chaleco López. Luck was not on 20-year-old Quintero’s side during the Andalucia Rally and it was only on the fourth and final stage that he and co-driver Dennis Zenz could enjoy a clean run.

“Overall we’ve had a really good year, three consecutive podiums and we got our first overall win. Added to those results we got plenty of stage wins. There’s a lot to be positive about ahead of another trip back to the Dakar.” – Seth Quintero 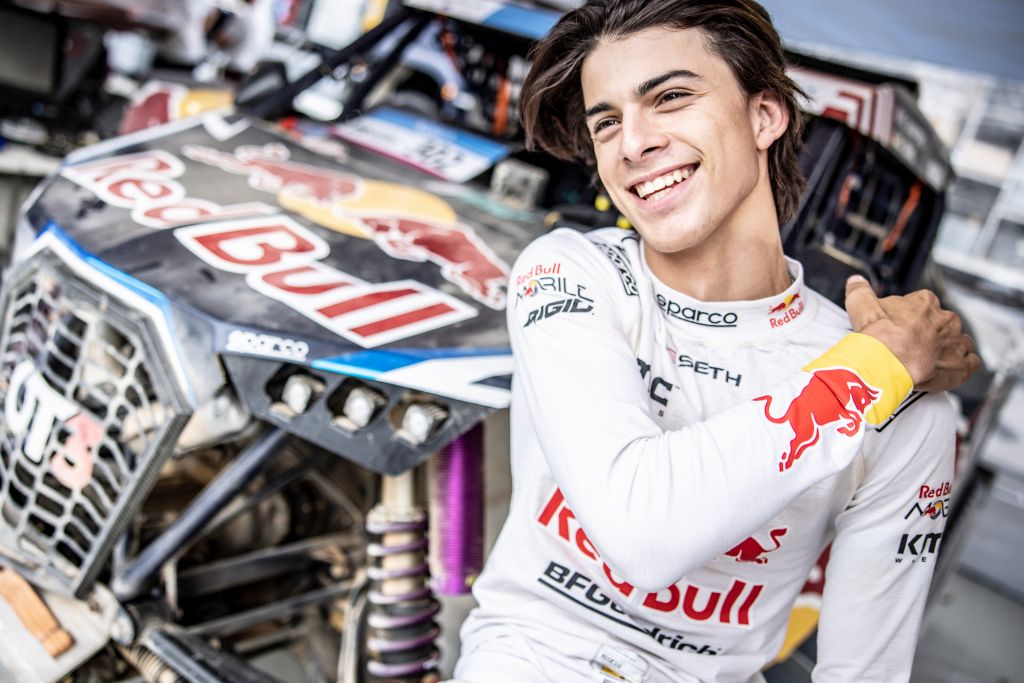 Joining Quintero on the overall T3 podium at the conclusion of the first-ever World Rally-Raid Championship is his team-mate Gutiérrez. Runners-up results at the Dakar and the Abu Dhabi Desert Challenge were added to with a third place finish at the Rallye du Maroc.

Such has been Gutiérrez’s consistency this season that her fourth place in Andalucia alongside co-driver Pablo Moreno is the only time she hasn’t finished on the overall podium. Gutiérrez will now work towards the 2023 Dakar with plenty of useful learnings picked up over the last 12 months.

“I’m happy to be on the overall podium of the championship. Now we will continue to push for the next Dakar. The most important thing for me is to always be pushing and to improve for the next race.” – Cristina Gutiérrez

The mission for Mitch Guthrie Jr. and co-driver Kellon Walch at the Andalucia Rally was to debut the T3-M by MC5 and its combo of 32-inch BFG KDR3 tyres and bespoke KMC wheels in the Open class. The duo stuck to their task throughout the week to bring home their brand-new machine just a couple of minutes behind 14-time Dakar winner Stéphane Peterhansel on the fourth and final stage. 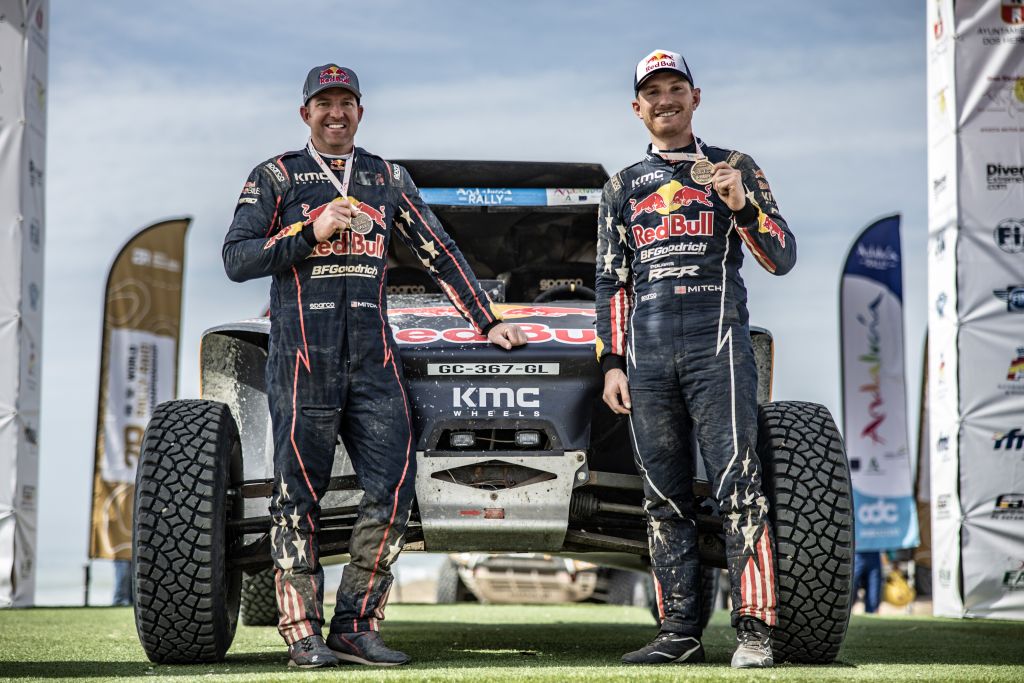 “I’m really happy with what we managed to do with a brand-new car. It was a good rally, we learned a lot and we improved the car everyday. I have a new co-driver, Kellon Walch, and things clicked between us.” – Mitch Guthrie Jr.

The next appointment for the Red Bull Off-Road Junior Team is a return to Saudi Arabia to take on the 2023 Dakar Rally. Running from January 1 until January 15, the legendary race will test the convoy over 5,000 kilometres of challenging terrain. Only the bravest and the best will park themselves on the podium.