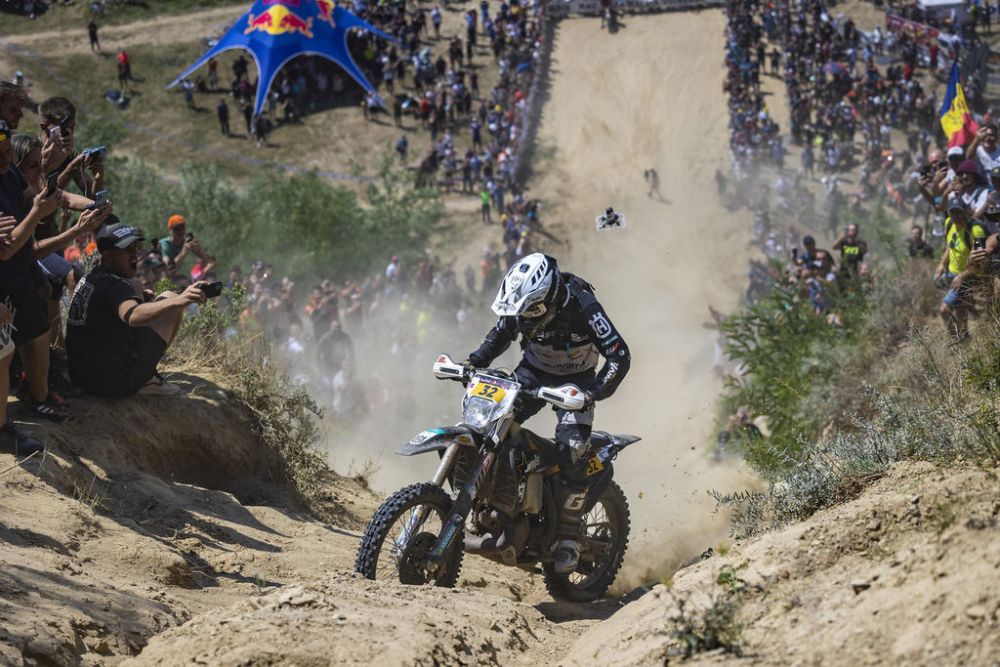 In the end it was Graham Jarvis (GBR, Husqvarna) who took the win, his seventh win and twelfth podium at Red Bull Romaniacs. Jarvis is undoubtedly a legend in the sport of extreme hard enduro, the most recognised enduro athlete, an ambassador, a phenom, an icon and role model for all riders and fans across the globe. He is respected and looked up to by fellow Gold class riders who try to follow him and gain from his knowledge and experience. Graham Jarvis: “I felt good the other days but today I had to dig so deep, I had no energy, people were passing me and I just held on, anything can happen, even for old guys. I’m just happy to be riding my bike after an injury like I had last year. At 47 years old it’s incredible, probably the best win of my career, honestly.”

Mario Roman (ESP, Sherco) was on fire again today. He knew he needed to bridge the gap with Jarvis andTeo Kabakchiev (BGR, Husqvarna). He had some of the fastest times during the Live Maniacs on the previous 3 days, overall Mario Roman (ESP, Sherco) put on a stellar performance, suffering a bit of dehydration on Offroad Day 2 may have lost him some time but not enough to take the podium away. Roman reached his goal and was rewarded with third position at the 2022 Red Bull Romaniacs. Teodor Kabakchiev had an astonishing race. He was relentless in his mission to stay hot on the heels of the leaders. His combined skill in the steeps and really high speeds on the fast sections was the perfect combination, coupled with very few mistakes, endless energy and an unstoppable attitude. He managed to achieve an amazing result and was second on the podium at the end of the five days. 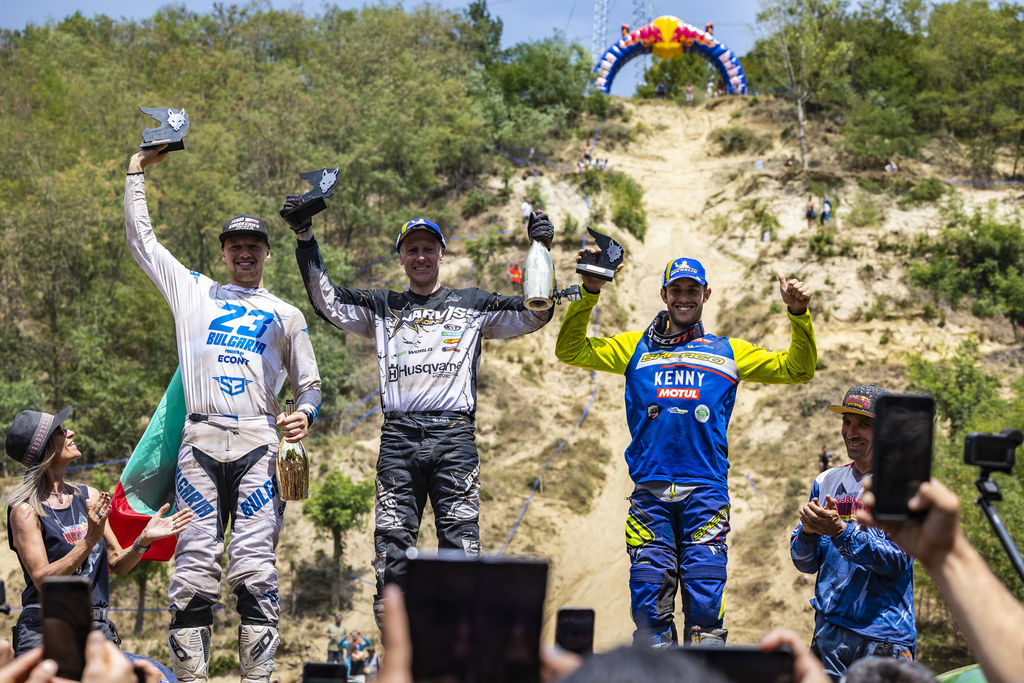 The Gold class formed two groups, the leading top six riders, which also included Michael Walkner (AUS, GAS GAS) and Trystan Hart (CAN, KTM) and those competitors who were not able to set the same pace were separated by a gap of over three hours. Manuel Lettenbichler (DEU, KTM) was on fire with incredible times, now riding for F.I.M World Hard Enduro Championship points after a 2 hour penalty was issued for outside help with a broken clutch on Offroad Day 1.