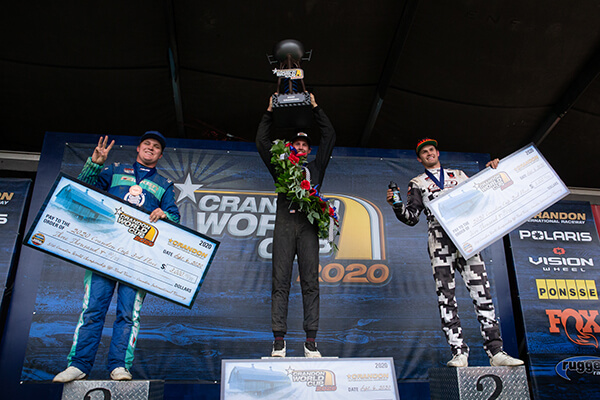 Rj goes back to back at Crandon

Coming off of 4 podiums in Wheatland, Mo. the week prior the team would bring their momentum  to Crandon to back up last years Crandon World Cup.

With Pro4 being removed from The Lucas Oil Series this would be the only time the team would bring out the Pro4 for the 2020 season. While Ronnie is in a fierce points battle in the Turbo UTV class out west, he would bring his Polaris RZR to the Big House for the first time.

Ronnie started the weekend strong with a 4th place qualifier in a field stacked with over 30 competitors. A top ten finish in the first race would put Ronnie in a solid position to start Sunday’s cup race.
In Sunday’s cup race Ronnie would put his Polaris RZR out front quickly picking off slower vehicles. He would run in the top three throughout the majority of the race until a mechanical failure would end the race early for Ronnie.
Ronnie is looking forward to shaking the bad luck and getting back on the podium at the WORCS double header this weekend at Glen Helen Raceway.

Crandon always has the best off road fans in the world and this year proved no different.

Not only had the team not competed in the Pro4 class all season long they also had to adapt to the new DOT tire rule in the class. Making improvements after each session on the track the team stayed focused on the end goal of bringing home another Crandon World Cup.