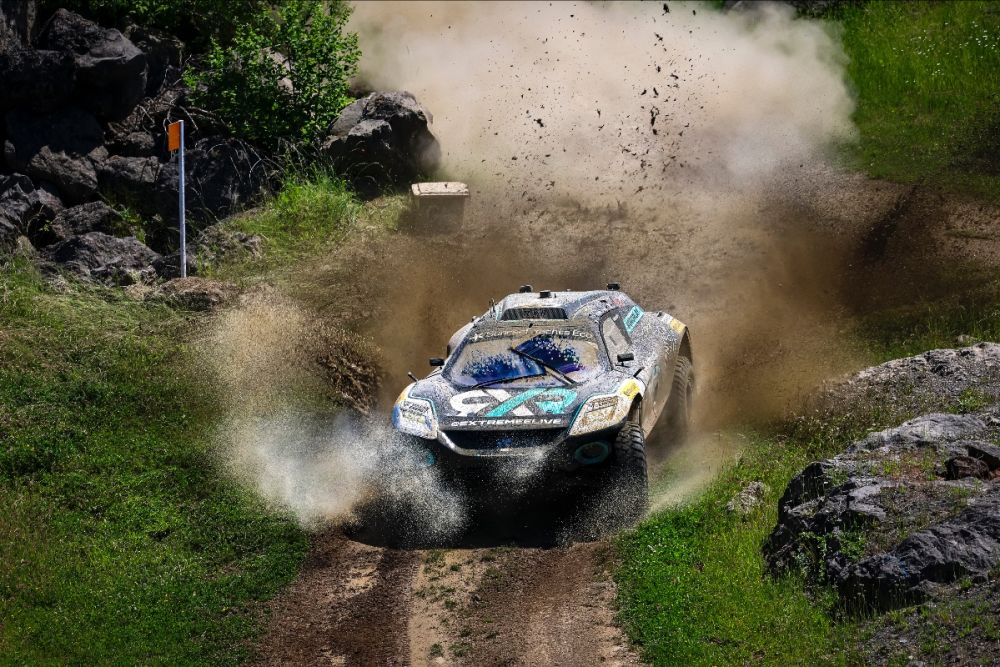 Neustadt, 05. July 2022. After a four-month break, the countdown is finally on to the first-ever double header Extreme E event, as the Championship returns to the Italian island of Sardinia for a summer showdown of back-to-back racing this week. Rosberg X Racing will be returning to the Season 1 location of the Army Training area at Capo Teulada in Sulcis-Iglesiente with a comfortable lead of 30 points to continue the battle around the 2022 Extreme E Championship.

Having won the opening round in NEOM, Saudi-Arabia in convincing fashion, RXR are once again the team to beat. The reigning Champions have won four races from a total of six in Extreme E so far, including last year’s Island X Prix in Sardinia, which proved to be a thriller, as RXR executed a measured drive to claim the win.

The Sardinian course proved to be the most brutal test for the ODYSSEY 21 in Season 1 so the team around Mikaela Åhlin-Kottulinsky and Johan Kristoffersson knew that thorough preparation would be crucial to stay ahead of the pack. The 16-week gap following the Desert X Prix provided the perfect opportunity for some meticulous in-season testing, which RXR conducted in Fontjoncouse, Southern France. New upgrades, including bespoke developments from Extreme E’s new Suspension Partner FOX, were successfully put to the test.

An additional boost of confidence came through RXR’s founder and CEO Nico Rosberg, who got behind the wheel of the ODYSSEY21 in an exclusive test drive at Nürburgring Offroad Park, close to the team’s headquarters. The 2016 Formula One World clearly enjoyed his first-ever laps in a rally car, commenting: “This was simply a phenomenal experience. I cannot believe the power of this car. Off-road driving is so much fun, but it is an entirely different beast from circuit racing, so I have a newfound respect for Mikaela and Johan.”

The latter pair is now in for another round of exciting track action in Sardinia. The Teulada route provides a challenging backdrop for the course, which measures around seven kilometres. Due to the hot summer conditions in July, the terrain will be much drier than last year’s Enel X Island X Prix with the drivers having to navigate a harder, more compact surface riddled with rocks, bushes, and dry riverbeds cracked from the heat.

Speaking ahead of the Desert X Prix, Rosberg X Racing Team Principal, Kimmo Liimatainen commented: “We are thrilled to return to the race action after this long break, which we used for homework and testing. The competition has certainly made good use of this time, too, so it will be interesting to see where everyone’s at. Our goal is to defend the lead, and I think we are in a good position to do that.”

Rosberg X Racing driver, Johan Kristoffersson, said: “It’s going to be the first time that we are back racing at the same track, and we will be doing a lot of laps this week as it’s also our first double header X Prix. Seen that we do twice as much driving, it’s going to be crucial to maintain the car’s performance. The track has been treated to limit the dust, so hopefully we will get to see a lot of action.”

Mikaela Åhlin-Kottulinsky, Rosberg X Racing driver, added: “I think the field is closer due to the upgrades and in-season testing. The cars are smoother to drive, and therefore we can go much faster. So, it is promising to be a very competitive week, but we are confident, and I am looking forward to the battles.”

Meanwhile, RXR’s commitment to leave a lasting positive impact at every race location is showcased in the second instalment of the team’s 2022 #DrivenByPurpose campaign. Partnering with Life Terra and the MedSea Foundation, Rosberg X Racing and Allianz will plant 5,000 trees in Sardinia’s Oristano area that fell victim to the 2021 wildfires. More than 10,000 hectares were devastated during the environmental disaster and are currently being rebuilt. All trees will be geolocalised with Life Terra’s app and become available in so-called tree dashboards. Tree survival and growth can be tracked over time. While the planting season starts in November 2022, RXR will make a symbolic start with three olive trees, put into the earth by the team this Friday, ahead of the second round of the NEOM Island X Prix.

With 60 points up for grabs, Sardinia promises to be a summer showdown, with even more to play for as the series heads into its first ever double-header event. The NEOM Island X Prix I will take place from 6th to 7th July 2022. The action begins today with the shake-down (22:00 – 22:30 CET), before qualifying sessions begin on Wednesday at 11:00 CET, while the races take place on Thursday from 13:00 to 18.00 CET. Island X Prix II kicks off on Saturday with the qualifying sessions at 11:00 CET. For information on how to watch, please visit https://www.extreme-e.com/en/broadcast-information