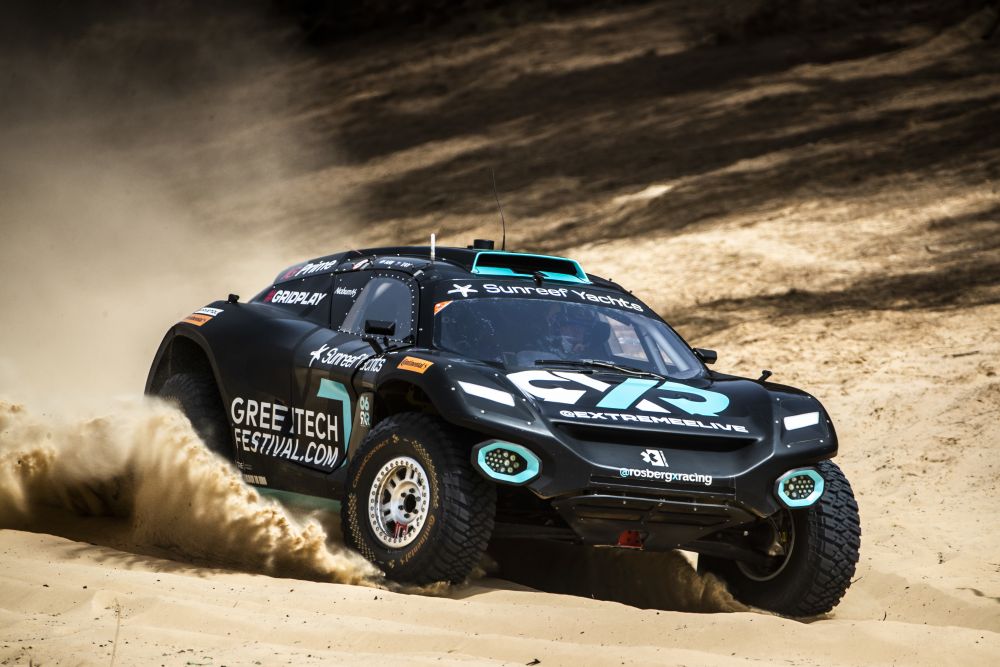 Rosberg X Racing has taken its second Extreme E win in a row following a dramatic weekend of racing in the Ocean X Prix, hosted on the shores of Lac Rose, Senegal.

RXR drivers Johan Kristoffersson and Molly Taylor had to overcome intense wheel-to-wheel racing and a challenging coastal course layout to win the second-ever Extreme E event ahead of Veloce Racing in a dramatic Final event which saw two of the four finalists crash out.

The win sees RXR extend its lead at the top of the championship after two rounds, with back-to-back wins ensuring the team retains its 100% win record in the inaugural season of the series.

Following Saturday’s time-trial qualifying sessions, Kristoffersson took the start of Semi-Final 1 for RXR from Gate 1 and immediately pulled alongside the team X44 car of Sébastien Loeb. A drag race down the beach straight saw Kristoffersson slip back to third place behind the ABT Cupra car of Mattias Ekström and Loeb, before taking a wide entry to Turn 1, skimming the tide line and carrying enough corner speed to propel him past Loeb on the short run to Turn 2. Kristoffersson kept close company with his countryman throughout the first lap whilst defending from a recovering Loeb, as the trio headed for the switch zone.

A slick driver switch for RXR saw Taylor start the second lap in the lead, with X44 in P2 and ABT Cupra in last place following a slow drive switch. Taylor put in an outstanding defensive performance throughout the first half of the lap before eking out a lead of four seconds at the chequered flag to secure RXR’s place in the Final. 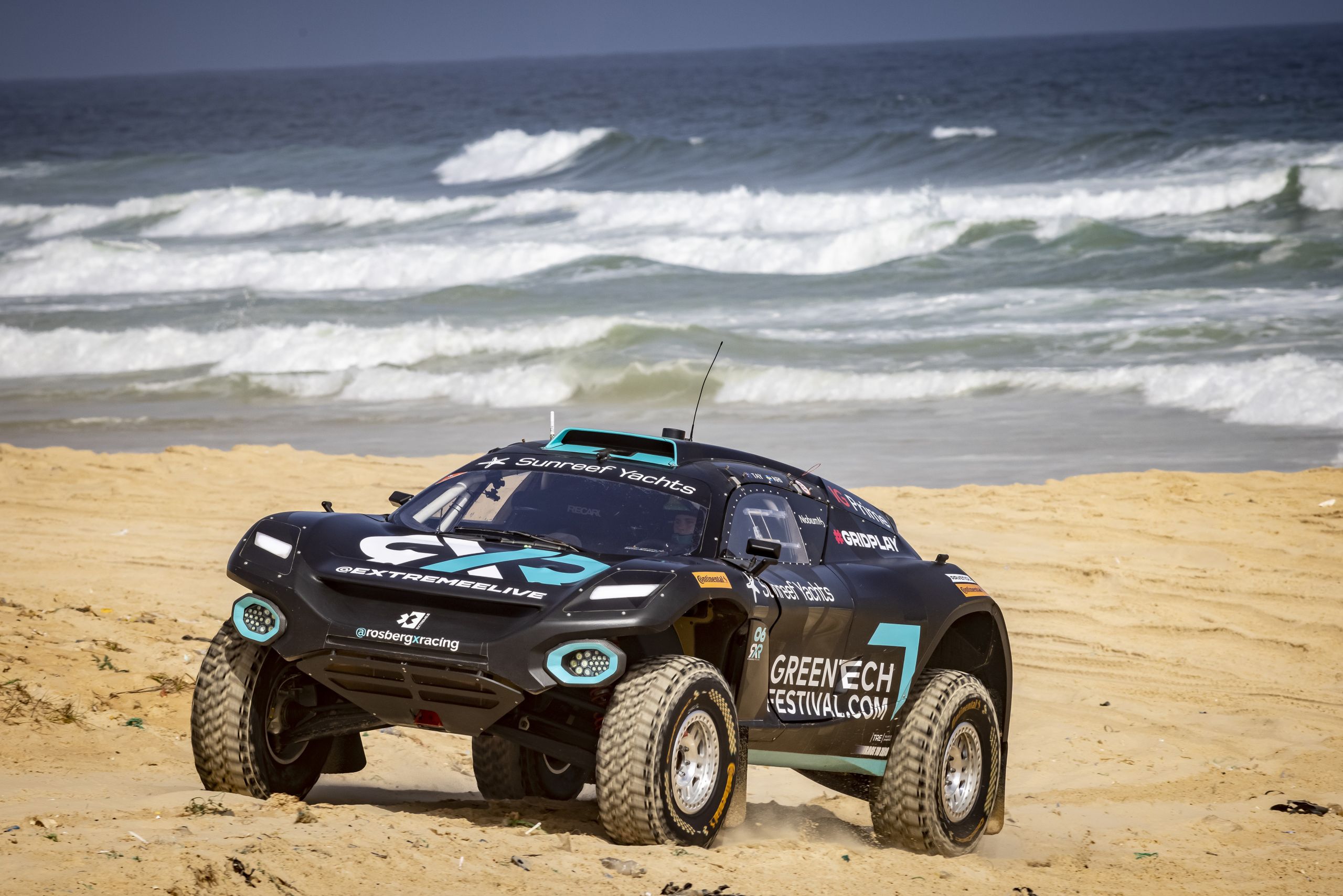 RXR headed into the Final faced with another Gate 1 starting position, again alongside X44 but this time with Taylor at the wheel of the RXR ODYSSEY 21 off the line. A closely-matched start between all four finalists saw the pack run side-by-side through the first gate, before Taylor engaged Hyper Drive to take a slender lead over Cristina Gutierrez into Turn 1. With the two cars side-by-side, Taylor, made use of the inside line to hold position whilst Gutierrez ran wide and mounted a sand dune – beaching her car in the process. Joining Gutierrez on the sidelines was the JBXE entry with broken steering, leaving RXR to duel with Veloce Racing for the win.

A red flag to remove the stricken cars at the end of the first lap saw Johan Kristoffersson line up against Jamie Chadwick for a one-lap shootout. A strong start meant Kristoffersson took a lead into Turn 1 before setting an unassailable pace and putting in a measured performance to win by 14.5 seconds and take RXR’s second win in succession.

Reflecting on the win, Rosberg X Racing driver Molly Taylor said: “It feels so good to take our second win of the season in Senegal. We came into the weekend with the target of being competitive and we had to really work hard as a team to dial the car in and achieve our goal. The semi-finals were wild because of the course here on the beach and the close racing, but we really enjoyed it and it got us even more pumped for the last race. The Fiinal was my first time racing wheel-to-wheel at the start of a race and getting the inside line heading into Turn 1 was really important. From there I just had to bring the car home for Johan to jump in and do what he does best for the second lap. The win didn’t come easy and it’s been a great reminder of how competitive this series is, but that makes this victory even more special. We’ll savour the moment and look forward to the next race in Greenland.”

Johan Kristoffersson, Rosberg X Racing driver, added: “This win has to be dedicated to the team because we all had to work so hard to get the victory. From the mechanics to the team leadership and especially Molly, everyone put in a big effort to transform our pace between Shakedown and the Final. Luckily we had the pace at the crucial moments this weekend and that’s what helped make the difference. We know we have work to do between now and Greenland to stay at the front, but our confidence is high and we have every reason to be optimistic for the rest of the season.”

Nico Rosberg, Rosberg X Racing Founder & CEO, said: “I’m so proud of Rosberg X Racing and our second win of the season. The Ocean X Prix has been a completely new challenge compared to the first event in Saudi Arabia and the team has worked so hard to better understand the car setup, the tactics and the racecraft that is needed to win in Extreme E. It’s been an emotional weekend again and the win is made even more special by the fact that we are racing to raise awareness of some of the biggest threats to our planet. Our aim is always to succeed in competition as well as inspire positive change, and we can be proud that we have achieved both of those goals here in Senegal.”

RXR now has a 14-point lead at the top of the Extreme E standings after two rounds. The next event is the Arctic X Prix in Greenland on August 28–29.