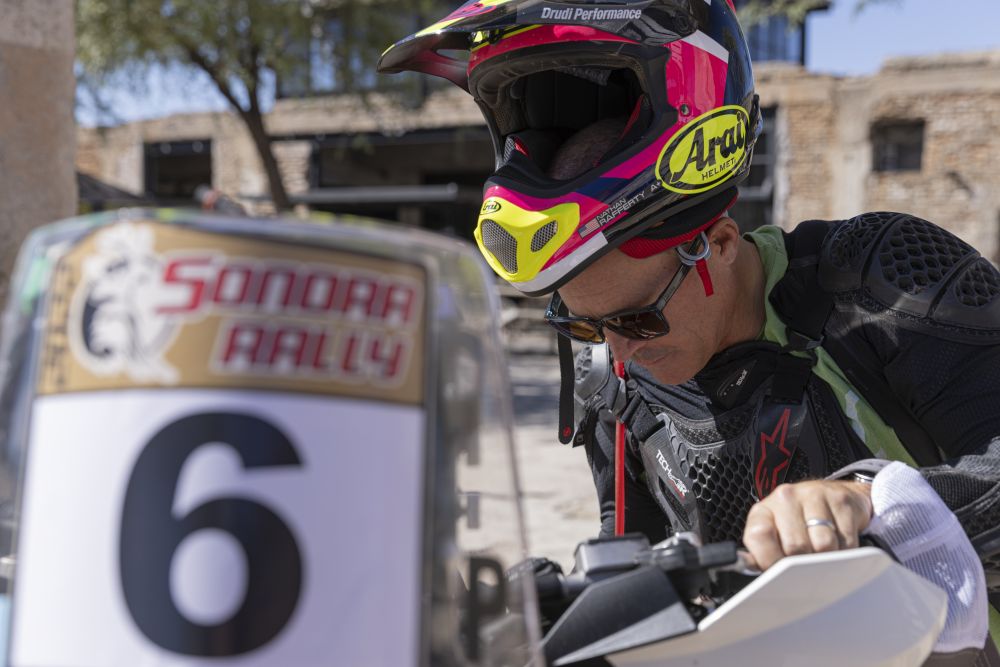 A lot has happened in a year and a half. Masks are no longer a prerequisite for entry. Political unrest continues to spread to new dots on the map. Beloved events are running at full capacity. And toilet paper has presumably taken a dive in the stock market. With all this change in action, it’s hard to believe we’re still not quite clear of the storm that settled at the cusp of the pandemic and the finale of the 2020 Sonora Rally… And yet, the full convention hall at the Araiza Hotel shows just how we all endure. These people here are evidence that passion, determination and courage prevail. And that by nature, rally racers face adversity with a clear intention to overcome. Distorted diplomacy, supply chain issues and the season finale of Stranger Things notwithstanding. It’s the way of the athlete, the competitor. The on-course warrior to carry on through each obstacle, battle the inner beasts and not totally comprehend the word “can’t.” 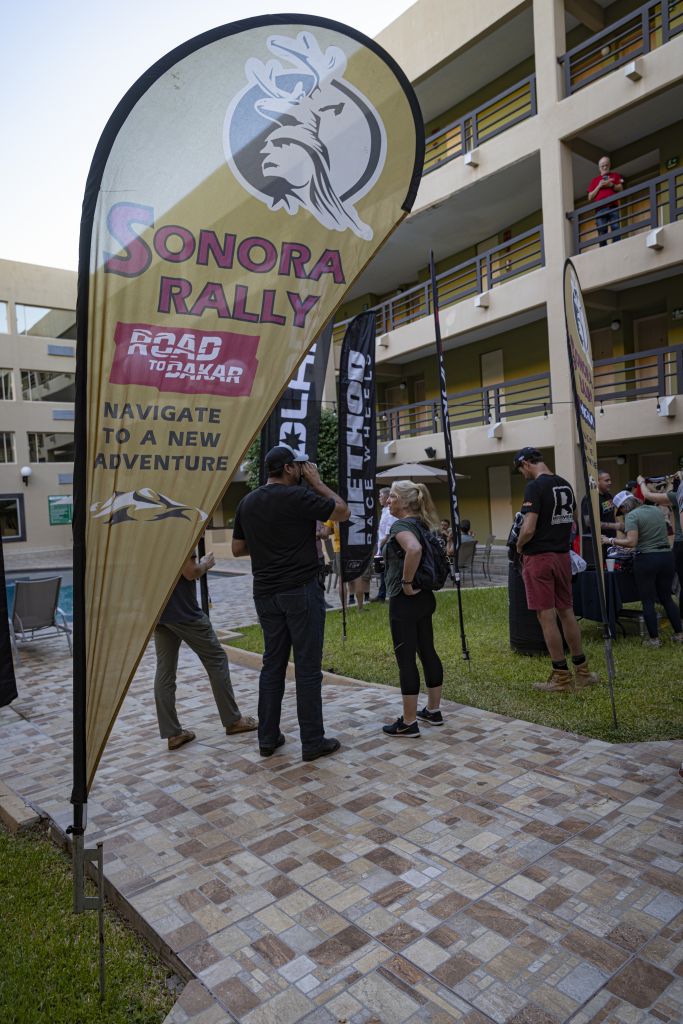 The Sonora Rally, presented by Method Race Wheels, has too suffered its fair share of setbacks. Some of which led to the unavoidable rescheduling of the affair from Spring to Fall. A move affecting everyone involved. While the many World Rally Championship Rounds are conflicting this season, preventing a few regulars from attending, there’s no lack of fierce competition. Teams from all over the globe have made the trek south of the border in search of a challenge. Looking for a fight, with glory as their prize. For a lucky few, a trophy is just the icing on top. For others, it’s literally all or nothing. Sonora Rally vet and Rallye du Maroc champion, Skyler Howes, is ready to reclaim his Mexican throne. Beaten last edition by mere minutes from fellow factory racer, HRC’s Ricky Brabec, the Husqvarna teamster is back in Hermosillo not just to win but to have fun.

“I love racing in Sonora. This is my favorite race of the year. I’m actually really happy the team allowed me to come do this because it’s my favorite race.” – Skyler Howes, #1 Husqvarna Factory Racing 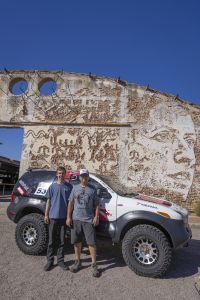 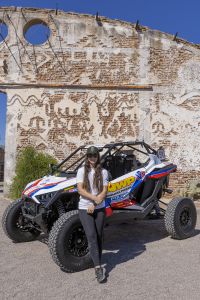 For some, just reaching the finish of each special is a huge accomplishment. But for the others, a particular category was brought to life this year. Maybe the true masochists of off-road racing, the Malle Moto group that wants a little extra punishment to flavor their competitive experience. Only allowed spare tires, some basic personal necessities and only the tools, gear and kits they can fit in their Malle (French for trunk), these riders are their own mechanic, manager and muscle for the entire week. This minor alteration to the classifications was certainly inspired a bit by the ARO, American Rally Originals, race team, hell-bent on becoming the only Americans to ever complete the Dakar Rally in the “Original by Motul” – or Malle Moto – class. And the overall excitement from the community shows by the number of rookies and grassroots entries present at Sonora in 2022.

One particular entrant previously volunteered to gain some perspective of the event firsthand, observing the working parts closely and creating a game plan for his premiere. Now, aboard his KTM 500 EXC-F, Patrick De Chastonay #27 is all smiles as he rolls through Tech Inspection chasing his dream: to race in a rally. And he’s not the only person taking a leap at their goals. As a Road 2 Dakar stage, there are plenty of people coming from far and wide in hopes of winning that precious ticket to Dakar. The international reach is extensive with a presence from several nations: South Africa, Canada, Australia, Sweden, and, of course, Mexico and America. From motos to side-by-sides, even a Jeep and an Isuzu, this colorful cocktail is about to shake things up. 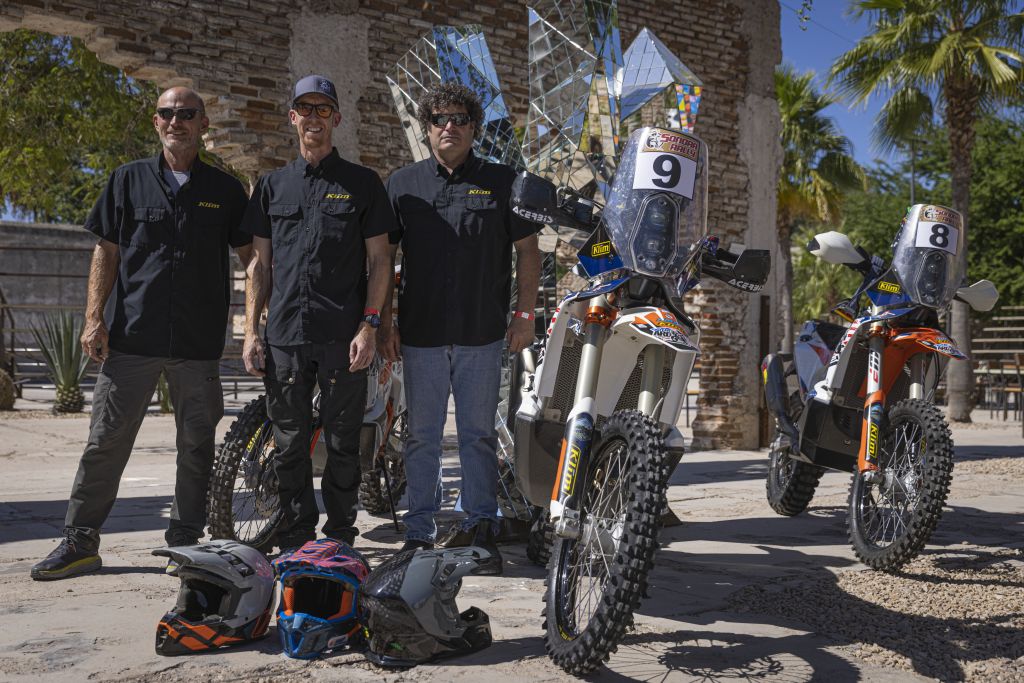 “I’m just really happy about the turnout this year. We have a great group of riders and an extensive pool of talented rally racers extending from all over the world. Everyone is glad to be back in Hermosillo, starting off one of the best routes we’ve put together yet. The event is only growing, with the help of an amazing staff, generous volunteers and a diverse group of dedicated racers, its presence is reaching further than ever.” – Darren Skilton, Race Director 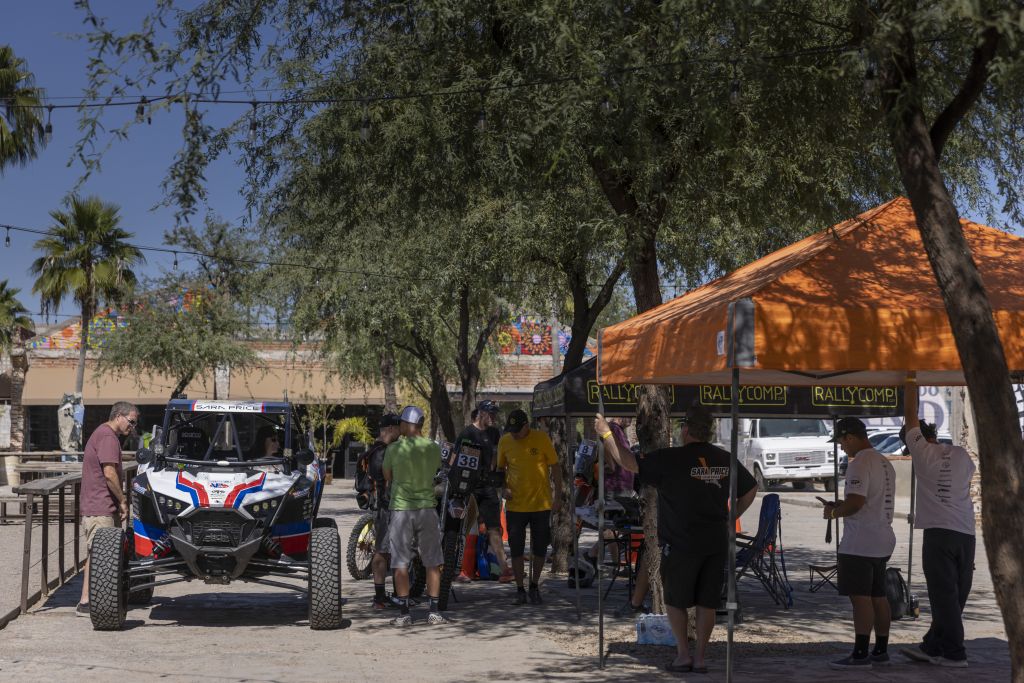 A loud applause echoed at the conclusion of SR’s introductory meeting. It drowned out the final inspiring words from the Race Director, welcoming the hopefuls to his beloved event and encouraging them to be mindful, yes, but more importantly, to find a new side of themselves on the course. A fresh take on familiar regions, this route is considered to be the best of its kind in beauty, complexity and difficulty. No rally raid is for the faint of heart, but this one is sure to test the will of lions. And only time will tell who comes out the other side as kittens and who will claw to the finish the King of this dusty jungle. If you ask Darren, they all deserve honor on the other side.

Stay tuned to the 2022 Sonora Rally presented by Method Race Wheels all week long, from October 17th – 22nd, to watch all the excitement south of the border. To learn more, visit: https://sonorarally.com/ Or, follow the fun on Instagram @sonorarally & @aventura.eventos. 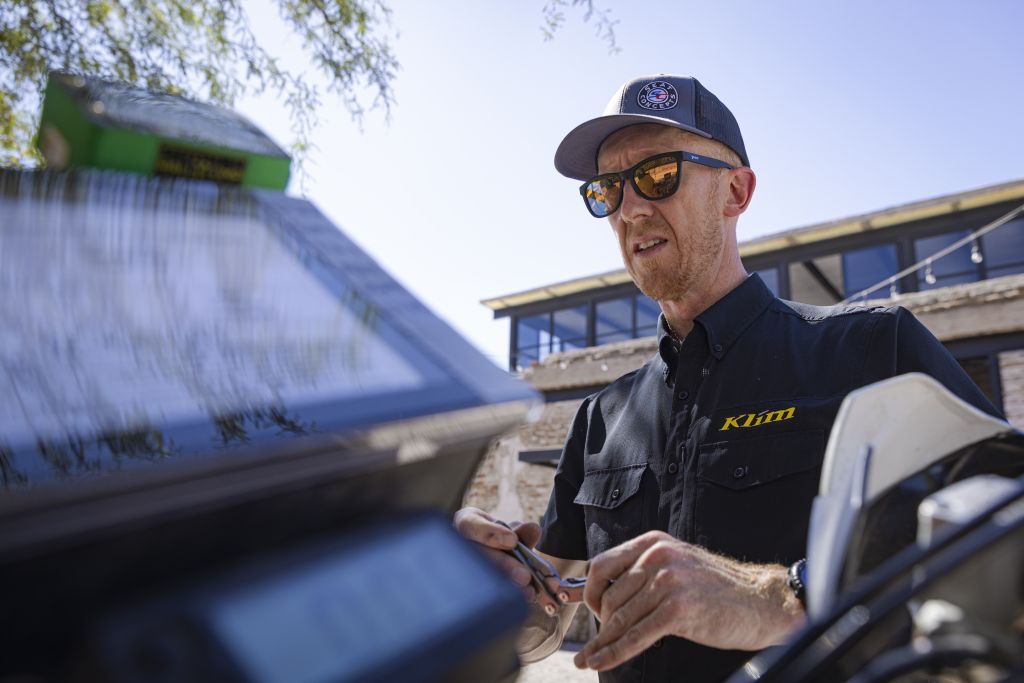 Ø Tuesday’s Special Stage One (SS1) will cross through agricultural fields, in sandy washes through saguaro spattered landscapes. From Hermosillo to Bahia Kino, the rally will move 267 kilometers – L1 28 – SS 224 – L2 15 – until they reach the Sea of Cortez. The initial evening under the stars will take place by the bay before the next long journey ahead.

Ø There are a total of 43 competitors pulling up to the line tomorrow. Twelve motorcycles total – 16 of whom are participating in the Road to Dakar challenge. The Moto group breaking down into Pro, Enduro, Malle Moto and Adventure (which is also qualifying under Malle Moto). Among the Pros are Skyler Howes, ARO’s David Pearson #3, Kyle McCoy #8 and Mo Hart #9, and Freedom Rally Racing’s Nathan Rafferty #6. For the four-wheeled vehicles are simply UTV Modified and Car National 4, boasting Sara Price as the favorite in UTVs and two fresh faces driving the only true cars on-course in a Jeep Speed Grand Cherokee and an Isuzu VX.

Ø This year’s Sonora Rally introduces two new partners: Polaris RZR and Motul. The former took an important role as the Bivouac Sponsor for the event. This affords organizers a freedom to give participants a unique experience back at camp. And to bring in quality staff and volunteers to help make it happen. In true Dakar fashion, the latter has come to Mexico in support of the new Malle Moto class, providing basic supplies to the entrants and a respectable cash prize ranging from $500 to Third, $750 to Second and $1,000 for First. Even more incentive for these riders to push to the bitter end.

Ø Nearly three years since the rally has had a presence in the Sonoran State Capital, Hermosillo hosts the start once again, kicking off events at Araiza Hotel and Parque La Ruina. The municipality itself has origins which date back to the 1700s. Formerly named “Pitic” then eventually replaced by “Hermosillo” in 1828, the village-come-metro has established itself as a vivid, progressive and youthful town – currently considered one of the Top Five most livable cities in Mexico. With a population of over 900,000, mostly due to expanded industrialization, especially within the automotive industry (according to Wikipedia), Hermosillo is a fantastic, lively way to launch over 40 racers into Sonora’s quiet wastelands.

Ø Sonora’s brightest are winning on the world rally circuit. Of course, we all remember that HRC’s Ricky Brabec historically won Dakar 2020 as its first American. But now fresh US blood is boiling overseas, with all new records being broken – by even more Sonora Rally veterans. Husqvarna Factory Rider, Skyler Howes #1, has just come home with the Rallye du Maroc title. His protegee’ Mason Klein won that same race in the Rally 2 division. And while he isn’t an SR alum, Seth Quintero became the youngest victor – competing in the UTV class – of the classic event in Moroccan. Congrats to all. The 20s are shaping up to be a great era for Americans in rally. Sara Price #51, Polaris Factory RZR: “We are here in Mexico at the Sonora Rally for my third year in a row! Beyond excited to have Sean Berriman in the navigator seat and one solid team behind us to take on this five-day rally.”

Patrick De Chastonay #27, Privateer in Motos: “This is my first time ever racing, and it’s been a dream of mine to race a rally. I’ve been working towards it for the past five years, when I first started riding dirt bikes, and here we are. Adventure riding and loving the experience of traveling and going places is what got me hooked on rally raid. Once I started reading roadbooks, it took me to some of the most beautiful remote places I’ve ever been to. And without rally, I would never have been to those places, so that’s what makes rally so special for me. And…makes it a dream that I want to continue to chase.”