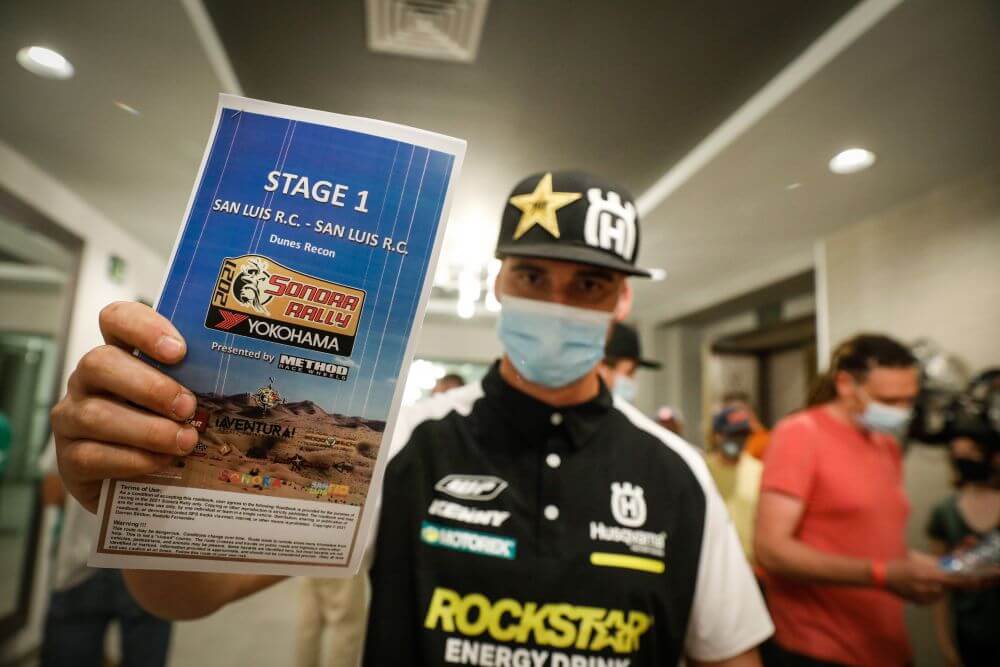 In 2020, a world-wide pandemic made Sonora Rally as the “last race on earth” – at least for the foreseeable future. Now, over a year has passed, with the timeline of chaos measured in zigzags, the tumultuous climate is changing for the better. Better enough in some regions that North America’s premiere rally raid could once again open its doors, if only a few months late. A modest sized group of challengers gathered at Hotel Araiza in San Luis Rio Colorado, anxious to test their limits and chase down glory. But first, they must follow the leader through a maze of paperwork, vinyl stickers and arbitrary headshots.

With just 2,000 kilometers ahead of them, participants are in for an exciting – and in May, a bit scorching – competition across the dunes, on the beach and through the ranchlands of this northern Mexican state. On-course, the racers will be free to let loose and hunt for Waypoints with either digital or analog maps at their disposal. Some navigators opted for new tech, courtesy of ICO Racing who have been developing the computerized roadbook, a response to the infamous “Map Men” affair, for several years. The organization welcomed the opportunity to run live trials with these devices considering their close partnerships to prestigious events like the Dakar Rally and Rallye du Maroc who are paying close attention. The success of the “road tablets” could change the procedure, if not the direction, of rally raid as a whole in not too short a timeline. 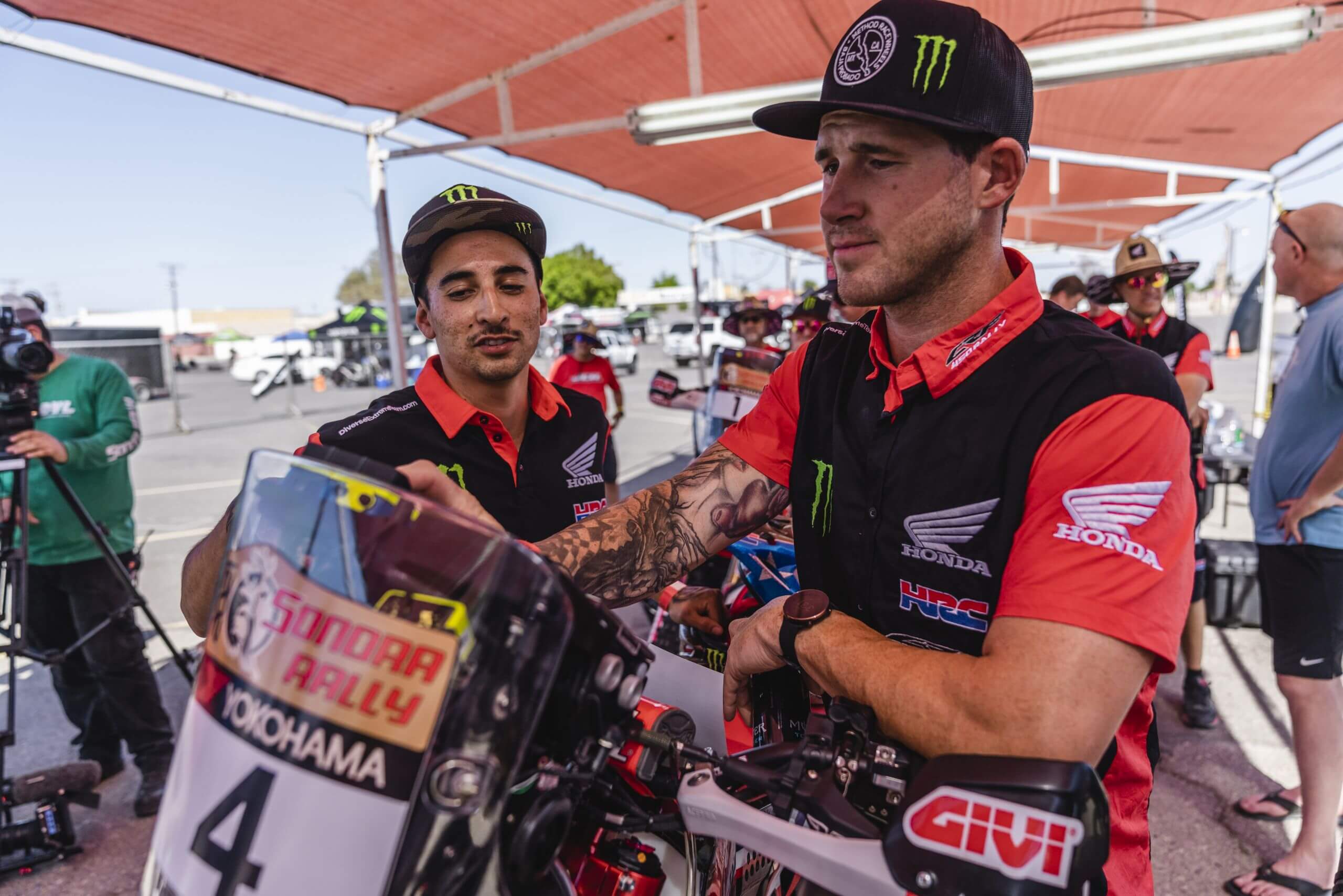 “We’re really excited to be able to host this event, given everything that has occurred in the last year. We’re grateful for all of the staff and volunteers, and of course the racers who continue to support the rally, coming from every corner of North America… And even parts of South America.” – Darren Skilton, Sonora Rally Race Director

In the bivouacs and buildings, stringent safety policies have been established to comply with local COVID prevention strategies. It was a necessary feature which enables the competition to carry on in the midst of international, albeit declining, uncertainty. And so far, the flow has been smooth, even swift. The high temperatures threaten to break the willpower of many, but earlier start times, shorter liaison sections and a detour to the Sea of Cortez intend to offer some relief from Sonora’s sweltering conditions. Even if the weather were picture perfect, the Battle of the Titans is inevitable with eight factory vehicles, several Baja champions and a few hometown heroes planning to pull up to DSS Monday morning. With so many great pilots to boast about, it’s barely enough to only announce the most recognized athletes, like new legends Ricky Brabec [#1, Monster Energy Honda] and Casey Currie [# 51, Polaris RZR], Factory favorites Andrew Short [#3] and Skyler Howes [#2], international all-star Jose “Nacho” Cornejo [#4] and a long list of Desert racing elite: Kristen [#54] and Wayne Matlock [#55], Sara Price [#52], Max Eddy Jr [#57], Justin Morgan [#10], Wes VanNieuwenhuise [#5], Kendall Norman [#12], PJ Jones [#58], Jacob Argubright [#29] and, surprisingly, more. 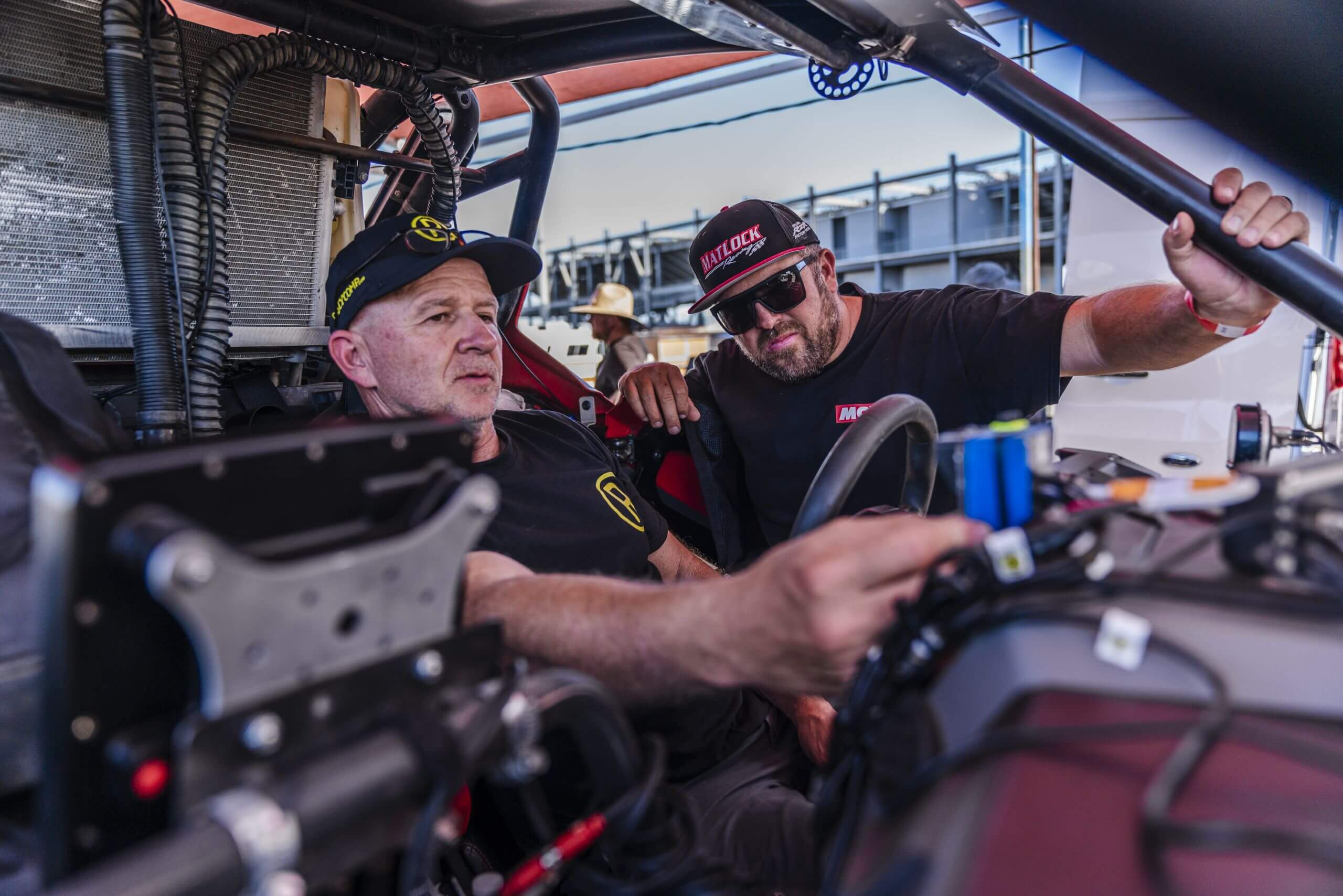 The Road to Dakar challenge is also back to sift out future contenders in the Moto class. A contest within a contest, the victor of this subevent will be granted free entry to the 2022 Dakar Rally, with a location in the Middle East yet to be announced. It’s far too soon to know how each stage will play out. But what we do know is invaluable. The length of a racecourse is inconsequential. Even the many obstacles don’t measure the worth of such a sport. What rally raid offers its participants, its fans, is heart. What it gives are memories. And what we leave with when the last award is handed to our champions is a wealth of wisdom, friendship and inspiration.