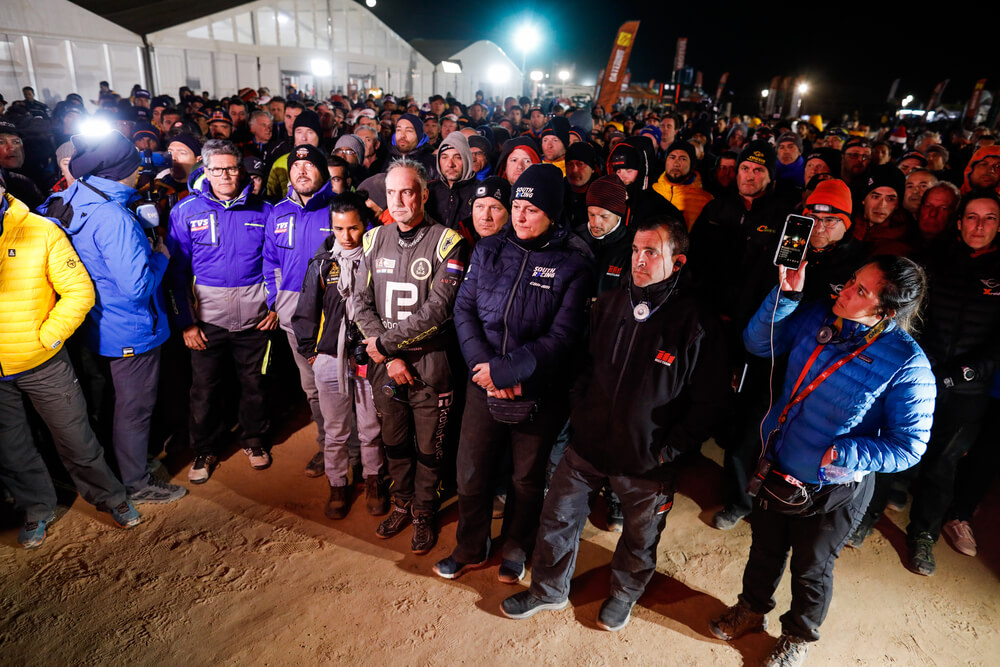 Stage 8 cancelled for motorbikes and quads

The decease of Paulo Gonçalves during today’s stage 7 between Riyadh and Wadi Al-Dawasir has left the entire Dakar, especially the bikers, in shock. Paulo, a beloved figure of the rally, was immensely respected by both veterans and less experienced competitors who admired and were inspired by him. After meeting the riders and making a decision together with the entire motorbike family, the organisers have decided to cancel stage 8 for the motorbikes and quads category, which was supposed to take place on a loop course around Wadi Al-Dawasir, in order to give the riders time to mourn their friend.

The entire Dakar family will come together to pay tribute to Paulo at the briefing this evening.