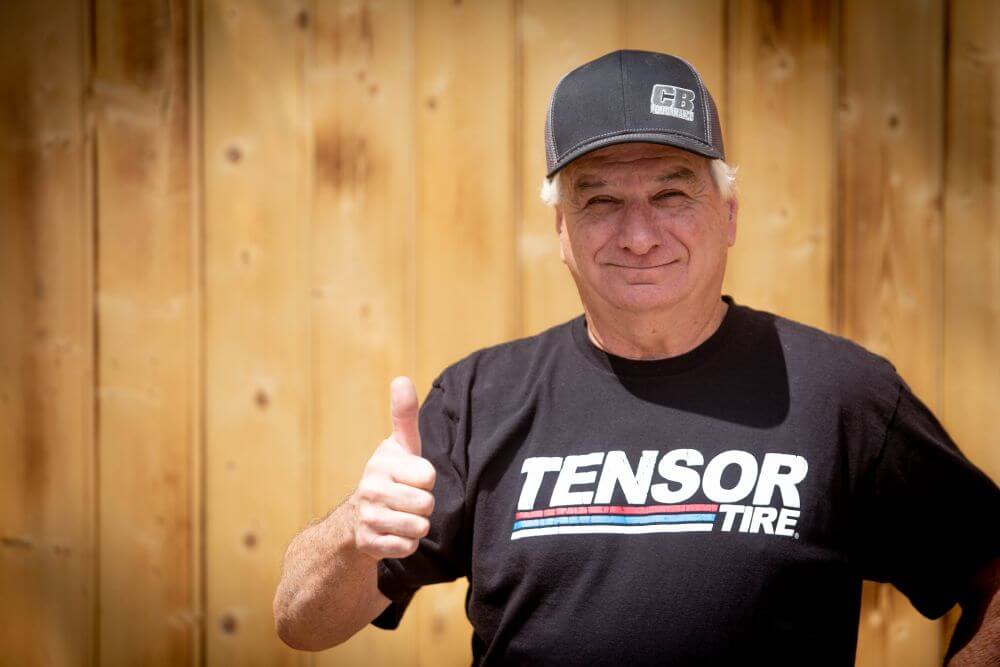 Recently, I was fortunate enough to sit down with Stormin Norman Francis and get little backstory on how this all came to be:

Vintage off-road racing has exploded in the last 5 years, this article is part of an on going series, telling the stories of the warriors of the past.

Picture this, it’s 1957 and Norm’s father Buzz is racing the Lakeside Speedway Circle track in Kansas City, KS, while his family watches from the stands, cheering him on. Norm doesn’t really remember much of this day because he was still in his mother’s belly who was also sitting in the stands.  During the race Norm’s father was involved in a terrifying, firey wreck and because of the growing family, the decision was made to stop racing competitively. Suffice to say, the racing gene was planted very early on in Norm’s blood.

In 1964, at the age of 7, Norm began racing motoX. Shortly after, he gained a Pro MotoX license racing ATC 3-wheelers and bikes at the pro level. He soon graduated to cars, buggies, and trucks.  In 1999, after decades of body bouncing, Norm ceased his competitive bike racing at the age of 44 and in 2011 stopped racing all together. With numerous blown out spinal discs, he was faced with the possibility of being in a wheelchair the rest of his life. It would only take a single disc to move a few millimeters more, and the horrifying risk of not walking again would become reality.  “I just couldn’t do that to my family,” he explained.

A few years later in 2013 Norm was enjoying an afternoon at a local watering hole, and noticed a gentleman wearing a TSCO Motorsports tee.  He approached the man and asked if he is involved in off-road racing at all, “very much so, i’m actually quite involved”, he replied.  That man ended up being Rob Hackett, a medic very deeply involved in the off-roading industry. Suffice it to say, a few more cold ones were consumed, stories were told, and Norm got the bug again.

Soon after picking up a couple beater Meyers Manx vehicles, and restoring them. The fire was lit once again, and in August 2014, Norm approached Matt Martelli and Casey Folks, vanguards of the Mint 400 in Las Vegas, with the idea of putting together a vintage class, the only one of its kind. I asked Norm what the motivation behind this was?  “I have been around this sh*t my whole life, and without race fans and teams knowing the history behind the racing, we can never move forward or educate those who love and enjoy the sport.” He went on to say, “there are a ton of old race cars rotting away in people’s backyards, and we need to highlight them.”

We both agreed that so many legendary vehicles previously driven by people’s fathers and grandfathers are not receiving the respect or spotlight they deserve.  Especially when so many people would love to see them. Norm then put it in great reflection, “You don’t throw away an old war vet out to let them rot. These legends have a story to tell, and we should all listen to them. We have to find a way to keep the history and memory alive, and I do that by the race cars I rebuild”. That right there is when I got it. It all made complete sense. Norm had an epic story to tell, and the Vintage Class was going to be his outlet.

Like writing any epic story, you have to put together a plot. The plot here is tracking down, building, and prepping these vehicles for 400 miles of the toughest off-road race in the country.  Eventually, 5 cars were built including one of Norm’s. Originally built in 1980, he found it at a swap meet and for just $3,500 the “rolling carcass black mess”, as he described it… was his.  Over the course of about 6 weeks and $50,000, the black mess had turned into one beautiful racing machine

As the Vintage Class idea began to gain steam so did the exposure, and something incredible started to happen.  Companies that have been really slow or dormant for decades once again were full throttle ahead and back in the action. CB Performance out of Farmersville, CA really stepped up in furnishing all of the buggies with what was needed. Prior to the Vintage Class, they were forced to direct their focus to street driven VWs, so it’s been mutually beneficial to both Rick & Suzie Tomlinson of CB, and Norm.

ePowerSteering also made a huge impact in the racing experience. If you have ever driven a stock vintage Volkswagen, you are probably aware how rough the steering can be, but multiply that experience by a 400 mile open desert course and it would take a seasoned bodybuilder to complete the race. Needless to say, ePowerSteering was a complete game changer. Bilstein Shocks and Method Race Wheels/Tensor Tires also stepped up huge to become the first large corporate sponsors.

The 2015 Mint 400 had arrived and the buzz was huge for the first ever Mint 400 Vintage Class.  5 cars had been resurrected from the dead and were ready to battle. This included Norm’s car, a 2275cc 5 link with a 100” wheel base, which was driven by Marine Corps veteran Zachary “Sniper” Zerbst, and continues to be driven today by Tommy Croft, a long time off-road racing legend with decades of experience. Tommy is a Mickey Thompson Short Course champion and NASCAR driver.  It was an incredible race for the entire class, and of the 5 entrees 4 finished.  Of course Norm’s car was knocked out of the race after a collision with a class 10 car and history was made!

After the 2015 Mint 400, Norm was able to convince Rory Ward to bring Mickey Thompson’s Challenger IV car out to race in 2016.  He did, and won. This was the first championship this vehicle has ever won, as Mickey was never able to do it.

By 2019, the class had grown to 18 authentic vintage vehicles. Since the class’s conception in 2015, it has a 60% completion rate, which is something special to say for 40-50+ year old vehicles. The original goal of the vintage class was to put famous off-road racers back in their famous (rebuilt) cars. Norm explained, a huge goal was getting racer Bob Maynard’s old car rebuilt, and back on the track.  Owned by Jim Hodge, it was indeed rebuilt and raced the 2015 NORRA 1000, with none other than Bob Maynard at the wheel. Then in 2019, off-road racing legend KJ Howe was back in his car for the 2019 Mint 400, at the ever so young age of 81.

I asked Norm what inspired him, and why he was so passionate about the sport and preserving this history.  He explained that he distinctly remembered being a very young boy in the mid 60’s in the garage with his father, and father’s friends. His father was close friends with so many who would become off-road legends. Guys like Rod Hall,Larry Minor, Herman Booy, Vernan Roberts, and so many more.

Norm was such a young boy at the time and is forever thankful to his father for introducing him to the lifestyle. Just being around these racers, learning the lifestyle, while being the designated “beer chaser” in the garage, Norm wouldn’t have wanted it any other way. This was all so influential in his life, as Norm explained his childhood a bit, it led me to ask a question that I felt I already knew the answer to.

Who made the biggest impact on your life?

I don’t think he could have spit the words out quick enough, “My father Buzz and my brother Ray.” They gave him the skills and fabrication knowledge he’s used his entire life.  His father was mentioned quite a few times throughout our conversation and it was extremely evident the impact his father had on Norm. He was a highly decorated Korean War Army Veteran, and “one tough mean mother f*cker”, as Norm proudly stated. We lost in Buzz Francis 2008.

Norm also wanted to point out his thanks and gratitude to Martelli Brothers and Casey Folks for giving him such an incredible opportunity, taking an amazing idea into reality. Since the 2015 Mint 400, history continues to be told and made. He points out the Off-Road Motorsports Hall of Fame, in Las Vegas, NV has been such a huge supporting factor as well.  Without this group of people, including builders and sponsors, this dream would not have become a reality.

I’d also like to dedicate this piece to Norm’s father Buzz, and all of dirt warriors who paved the way before us.