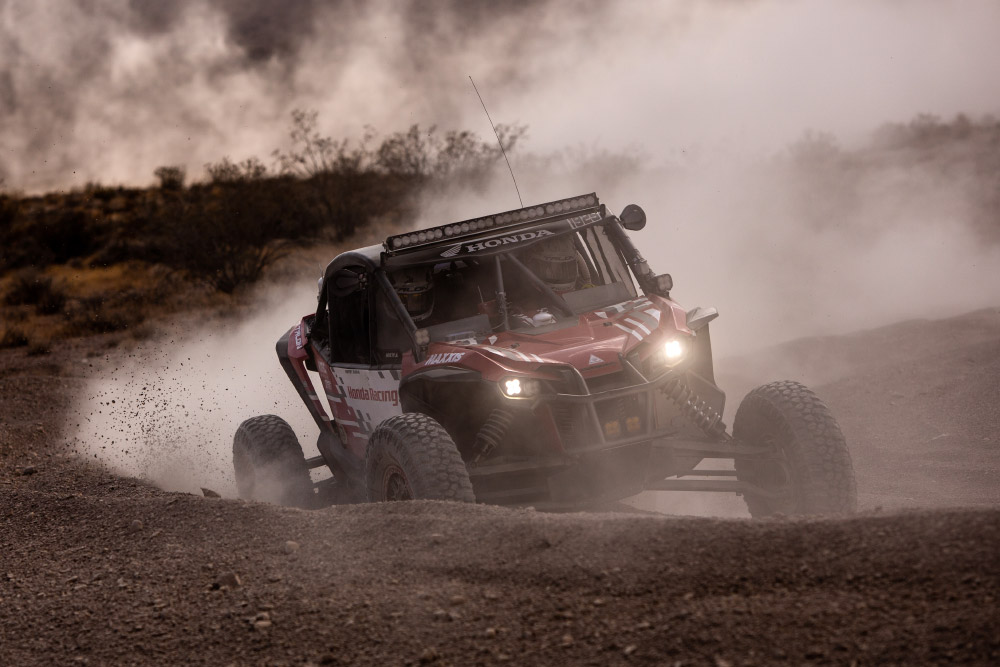 The Honda Off-Road Factory Racing team tackled the diverse Nevada outback in their Baja Ridgeline and two Honda Talons as they raced in the 25th Anniversary Maxxis Tires “Casey Folks” Best In The Desert Vegas to Reno. At just under 500 miles long, it challenged racers with extremely dry, dusty conditions out of the start in Bonnie Clair, switching to high winds and cooler temps as elevation climbed towards the finish in Dayton, NV. The Honda Ridgeline once again scored a class win and both Honda Talons finished the race – the No. 1920 in 4th and the No. 1925 in 12th. 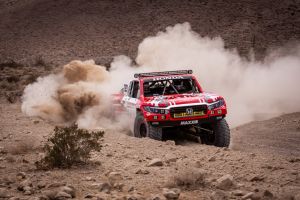 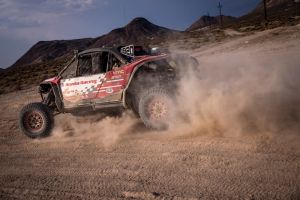 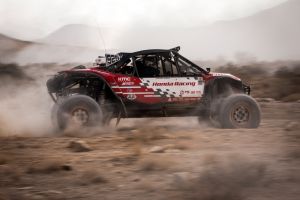 The No. 7209 Honda Ridgeline earned the top of the podium with a flawless race, under the leadership of Team Principal, Jeff Proctor. Proctor sat this race out as lead driver, instead enlisting the skills of Richard Glasczcak, a team driver for the Baja 1000.

“Richard drove a smart, conservative race. He was patient and found an easy pace,” recounts Proctor, “He stuck to his strategy and despite starting behind the 10 cars and persistent dust, he made his way through the pack. No mistakes, clean pit stops. It really was a flawless effort.” 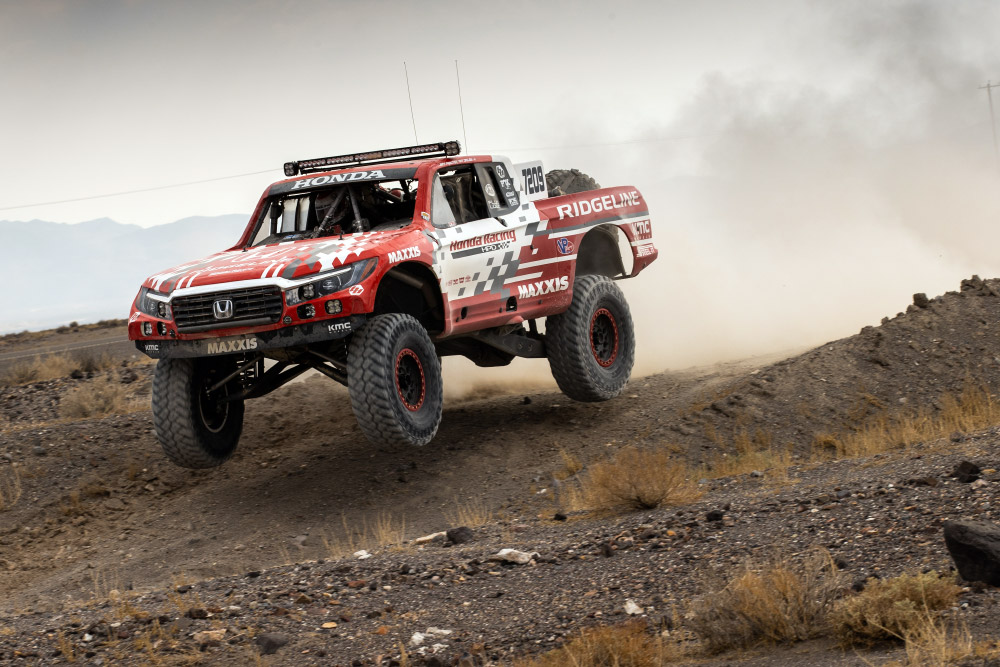 The Honda Talon effort in the Pro UTV N/A class, with 37 entries, proved to be another solid performance as well. The Talon racing platform is hitting its stride with continued dependability after the last year and half of development. Proctor adds, “In desert racing, results don’t always reflect the effort. The Talons were strong and on pace. Our drivers made smart choices on a course that was often one race line and difficult to find opportunities to overtake. It was a race of unique challenges for everyone, and our team did a great job overcoming them.”

The No. 1920 Honda Talon driven by Elias Hanna put in a strong run to a 4th in class after starting 15th off the line in the second group. Often times finding himself in a battle for the lead on corrected time. Hanna pushed hard through the last race section of tight, technical, cliffs trying to make up time on his way to the finish. He was just short of a podium with only minutes separating the top finishers in the Pro UTV N/A class. 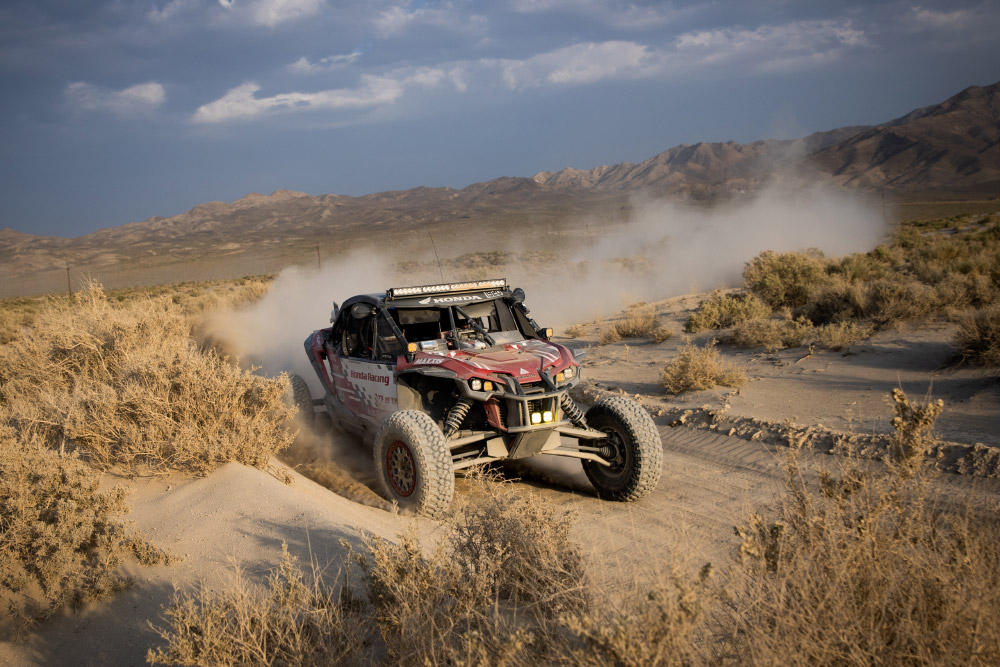 Zach Sizelove drove the No. 1925 Honda Talon to a 12th place finish in the class after losing about an hour and half of time due to a mechanical. His race started strong with a steady pace, moving through race traffic and once he was fixed, he did more of the same.

Up next, for the Honda Talons and Ridgeline, is the UTV World Championship, scheduled for October 13 -17, 2021.