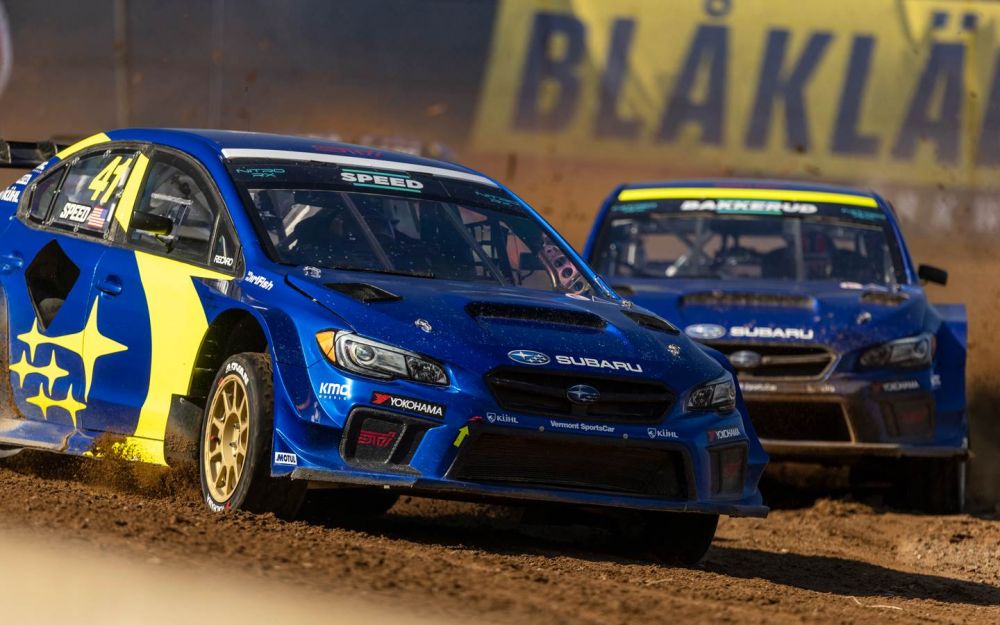 October 4, 2021 , Elk River, Minn. – Subaru Motorsports USA took a one-two finish in the second round of the Nitro Rallycross season at ERX Motor Park, with Scott Speed earning a commanding win in his #41 WRX STI from pole position in the final; his first event victory in over two years after a back injury sustained in 2019 and the first-ever Nitro RX win for Subaru. Teammate and Nitro Rallycross mastermind Travis Pastrana fought his way to a second-place overall finish, his first podium in the series he helped create. Andreas Bakkerud in the #13 WRX STI finished seventh overall despite a tire puncture sustained on the opening lap of the final.

“It’s an incredible feeling to be back on the top step!” said Speed after his win. “I had a really long road back after getting hurt in 2019, and although we were fast last week in Utah we didn’t feel like we got the results we should have. But the car was fast this weekend and we made some tactical decisions that paid off with two Subarus on the front row in the final, so from there it was about me and Travis keeping it clean and bringing home the trophy.” 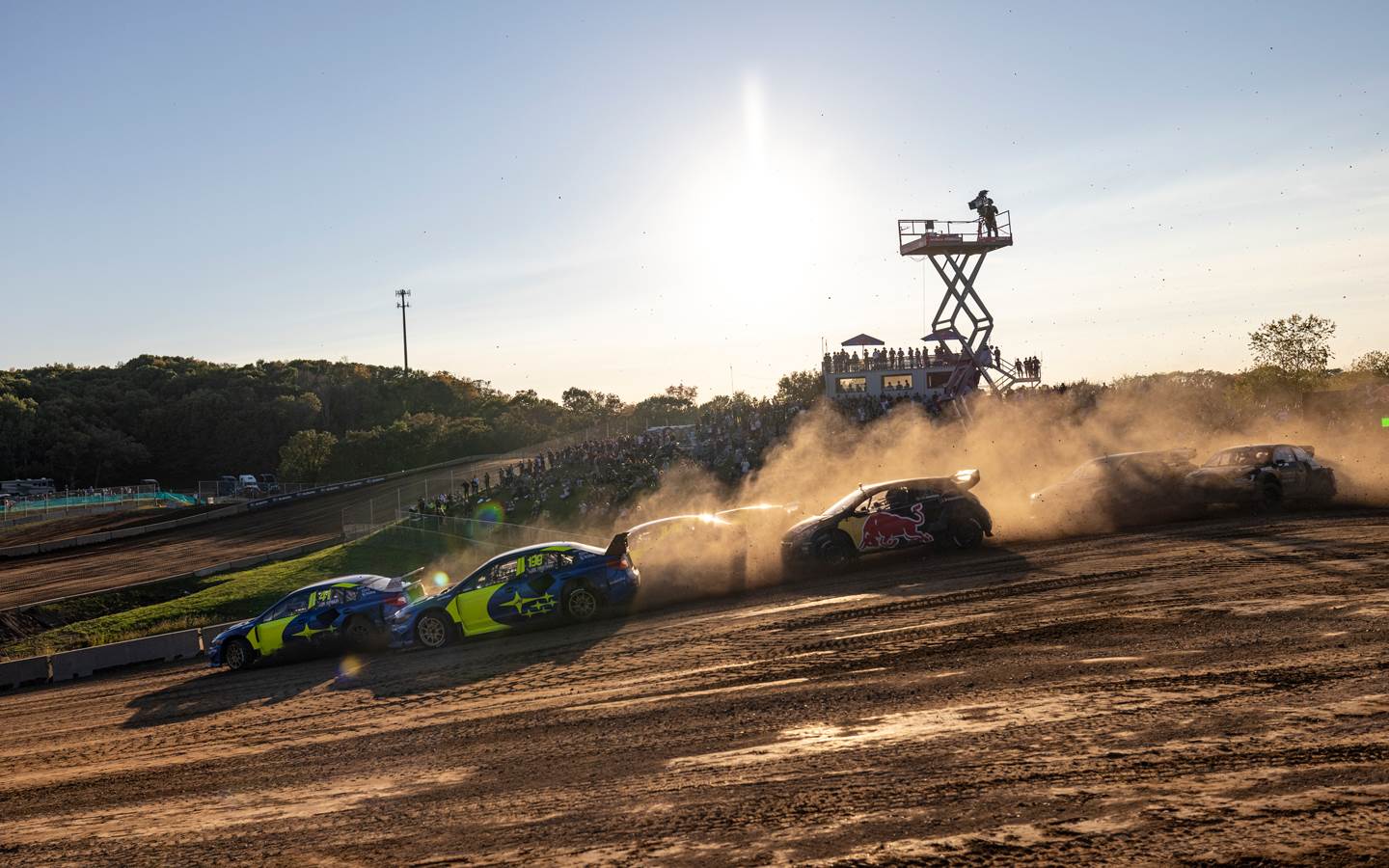 As the first Nitro RX round away from the series’ founding track in Utah, the ERX Motor Park event proved a driver and fan favorite with fast and flowing terrain, plenty of jumps, and wide sections providing plenty of passing opportunities. A wet Saturday made for variable conditions in the qualifying battle races, but Pastrana and Speed worked their way through the field of U.S. and global rallycross stars to earn critical front-row positions for the Sunday heat races.

Sunday’s early heats were a rout for the blue and gold WRX STI rallycross cars, with Pastrana and Speed both winning their heat races to guarantee an all-Subaru front row in the final. Bakkerud, who had been knocked out early in Saturday’s qualifying battles and sat sixth on the grid for his heat, made a dazzling inside move early in the race to move up to second behind Speed and qualify for the second row of the final.

A thrilling final race saw Speed take the lead from the launch and never look back, while Pastrana briefly dropped to fifth before fighting his way back up to second. Bakkerud pushed hard despite an early puncture, driving his tire down to the rim on the way to a seventh-place finish in the ten-car final field. Speed is now tied with former World RX champion Timmy Hansen for the top spot in the five-round Nitro RX driver’s championship, with Pastrana sitting fourth and Bakkerud eighth. 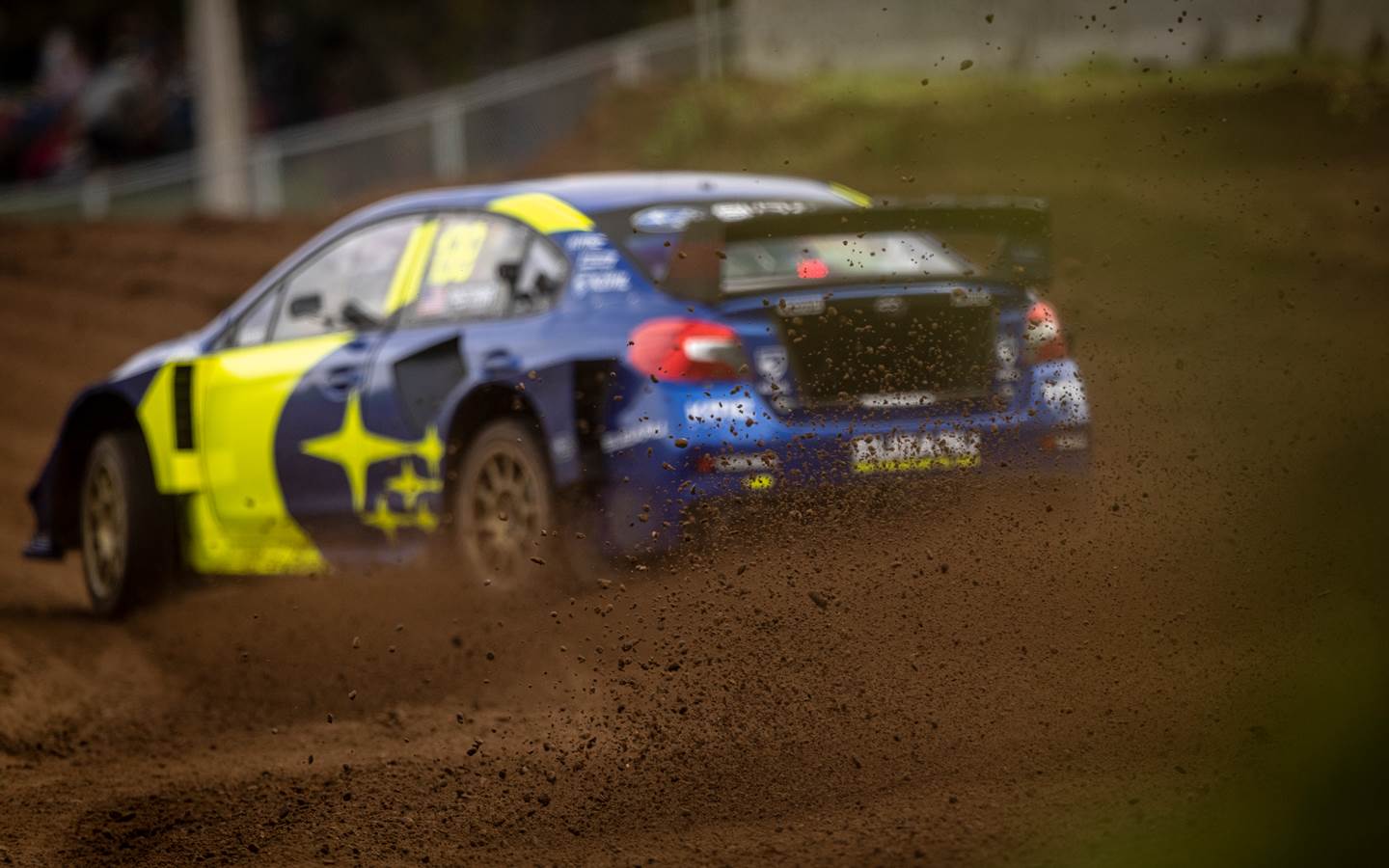