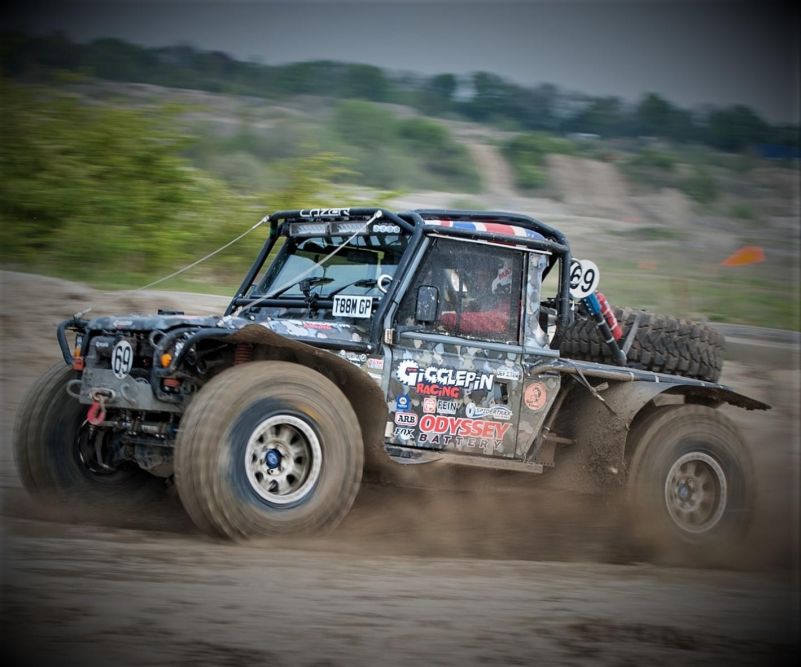 “WE ARE BACK! After a long hiatus, race season has finally returned. Team Gigglepin, along with 60 other teams, upped sticks and headed up to the notorious Kirton Off-Road Centre in Lincolnshire for what, in the lead-up at least, had promised to be a wet and wild weekend competing at the Ultra 4 BFG Essential 2021.

After last year’s outing back in October, this wasn’t an event that Jim and the team were particularly looking forward to. However, previous experiences breed new knowledge and the team returned with a plan, along with 2000 litres of water, tonnes more spare parts and a brand new race tent to boot!

The team got off to a flying start in prologue, taking 2nd spot behind a rapid Mark Dean, which putting them in a fantastic position ahead of 160km of racing on Saturday and Sunday.

Saturday presented the team with four gruelling 50 minute sessions throughout the course of the day, with the final session not beginning until 9pm! But by sticking to the plan, Jim and co-driver James Ayre built up a solid lead, taking an entire lap out of the rest of the competitors in each of the first two sessions.

Things were going smoothly, but as always Kirton fights back. Between the sessions it was all hands on deck to help swap out the damaged differentials and idler bearings.

Despite the final session not starting until gone 9pm, it was unfortunately cut short after just 1/2 a lap after an incident involving one car performing a backflip, landing ontop of another competitor’s vehicle. Luckily nobody was hurt, but it was a timely reminder of the dangerous nature of extreme off-road racing.

Come Sunday morning the skies were clear! Meaning that conditions were ever-so-slightly improved and Bad Penny chewed up the miles over the day’s two sessions, and as the team reached the end of the second and final session, the chequered flag was waving and Team Gigglepin had claimed their first ever win at Kirton – a bogey venue no longer!

As always, a huge thank you to the team at home, and at the races and of course to our incredible sponsors, without whom none of this would have been possible.

Next stop Wales in June. Rain? Almost certainly. See you all there! #GigglepinRacing” 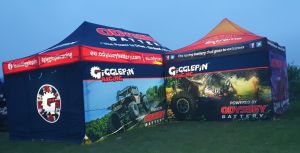 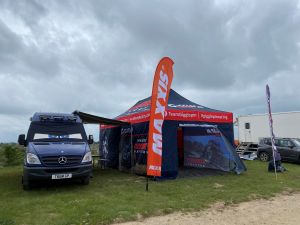 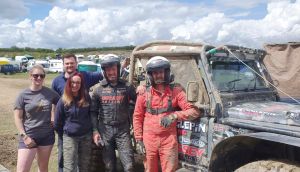 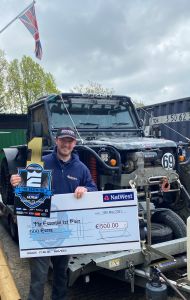 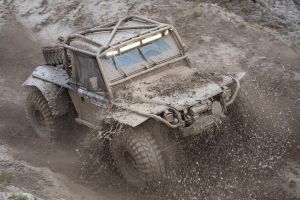 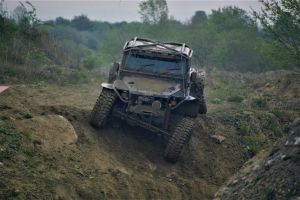 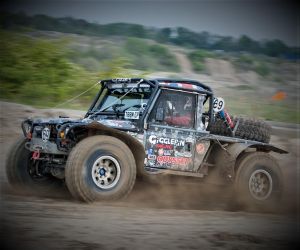 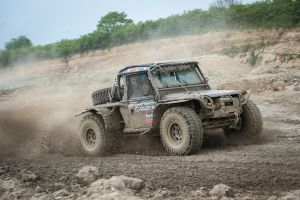 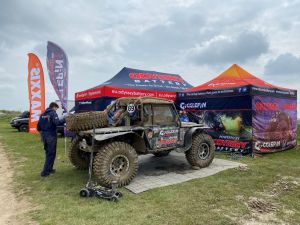 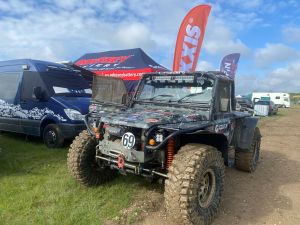