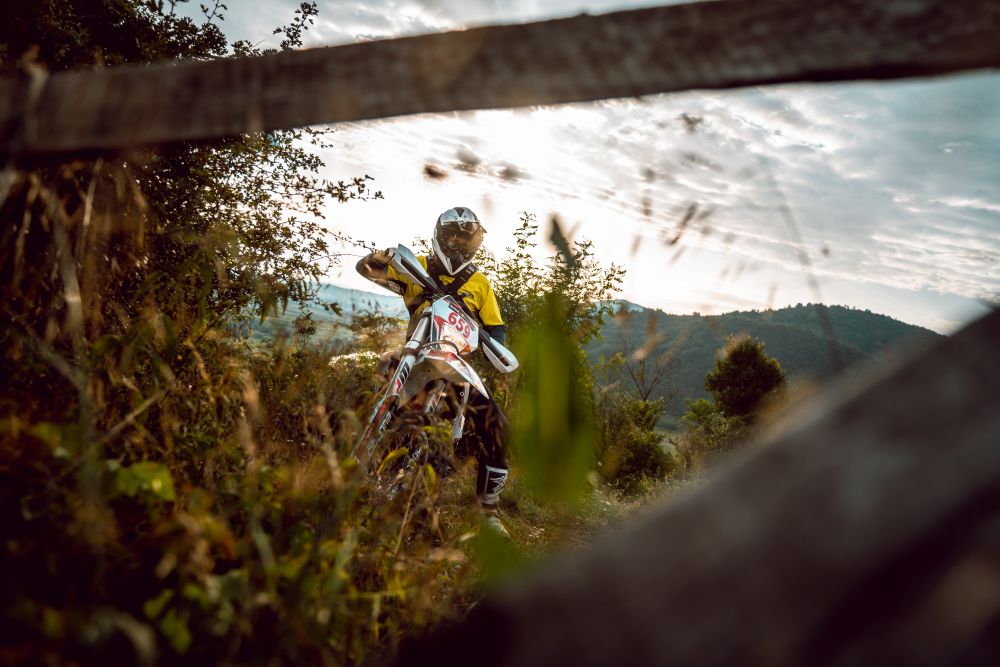 Sibiu / Hermannstadt, Romania, 27 July, 2021 – The Red Bull Romaniacs is under way: The 18th edition, “Vertical Madness Reloaded”, kicked off with a media presentation on Monday, which immediately set the pace for the coming days. In perfect weather, a select group of competitors were unleashed into an empty building in the center of Sibiu, where they had to race up a spiral staircase against the clock. The winner was awarded a “luxury accommodation package” during the marathon stage, so the motivation was high… Among the contenders was Pol Tarres, who for the first time in the history of the Red Bull Romaniacs brought a twin cylinder adventure bike (Yamaha Tenere 700) to the Bronze class! However, it was Alfredo Gomez who secured the fastest time. 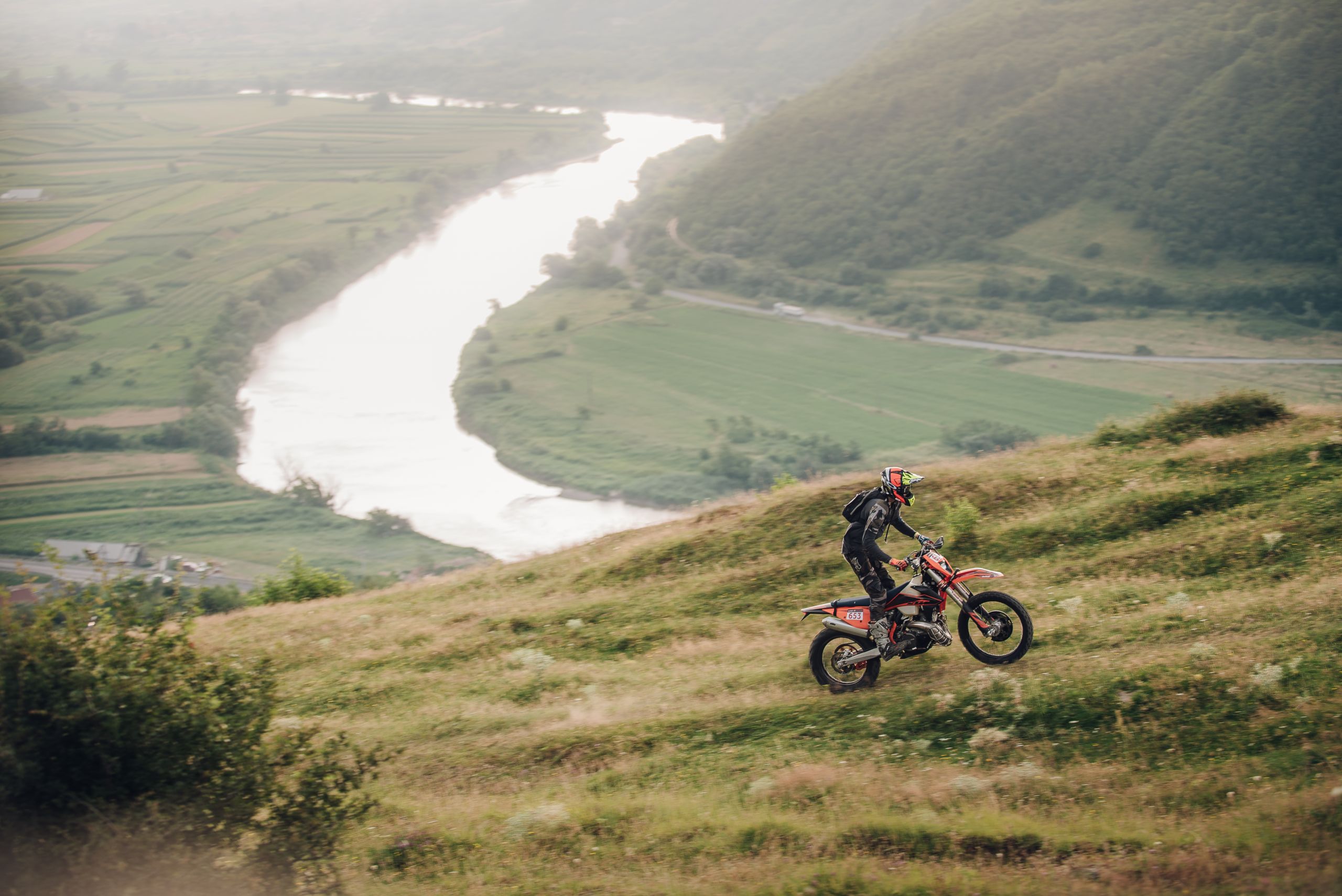 Setting out at 07:00 hours this morning in already hot temperatures and dry track conditions, competitors were anxious to race. The atmosphere was definitely reloaded and the dust flew as all classes charged the fast, flowy and, in parts, steep and technical tracks of the Time Trial Qualifications. Today was an introduction of what is to come and a definite “warm up” for all competitors, ranging from 8-18km depending on the class. Track Director Teo Isac made sure to include some tricky, technical sections where we saw some pushing of bikes, followed by faster flowy sections and the intense finish at the Boita hills. 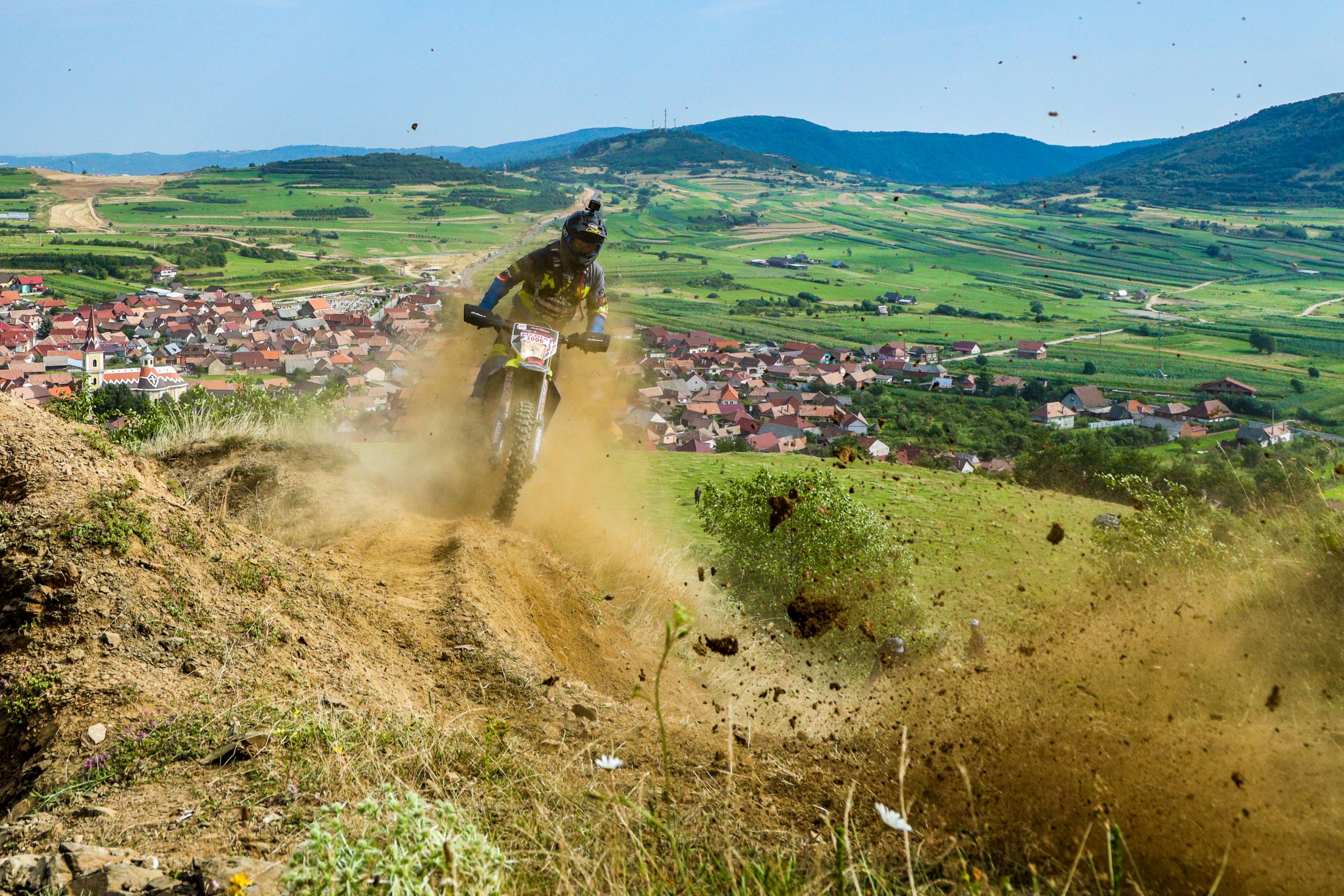 Today’s start order was based upon last year’s results; Manuel Lettenbichler (DEU) set out first, followed by Graham Jarvis (GBR) and then Alfredo Gomez (ESP). The Time Trial Qualifiers determine the start order for the Offroad Day 1 and the times will be added to the overall racing time. With the hot weather leading up to the event this year, the tracks are dry and dusty in places with decent traction. The Gold loop was 18 km and the winning time today was from Wade Young (ZAF), who was only 19 seconds ahead of one of our new challengers in the Gold class, Teodor Kabakchiev (BGR) and 45 seconds ahead of Alfredo Gomez (ESP). Defending champion Manuel Lettenbichler had the 4th fastest time. These results will see Young starting in 3rd position tomorrow giving him the strategic advantage. Teodor Kabakchiev sets out second and Alfredo will have to venture out into the unknown first on the Offroad Day 1. If Kabakchiev can keep that pace, we might be in for a bit of a revolution on the podium… 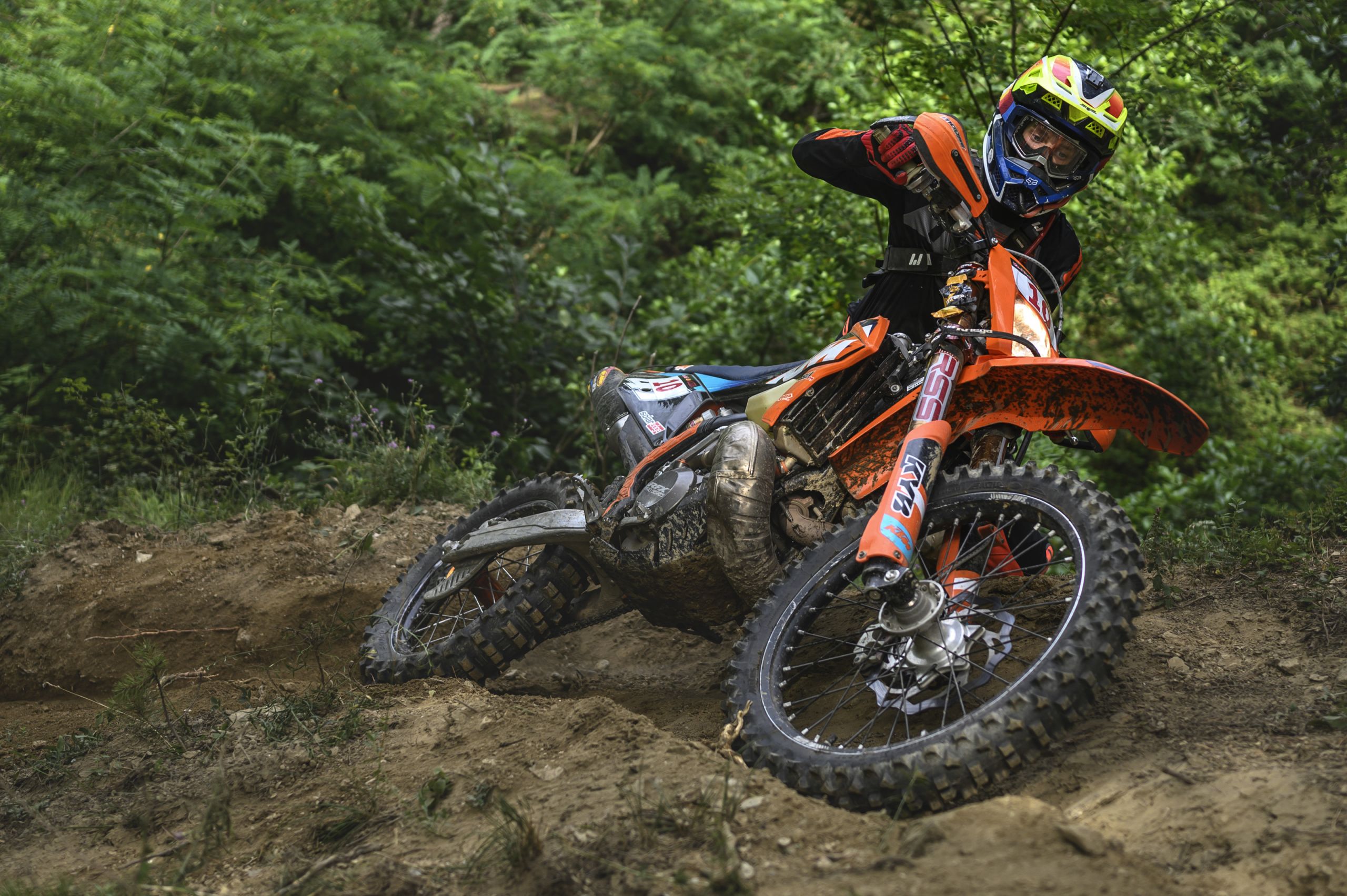 In Silver class the fastest time was Nick Fahringer (USA), three time Gold medalist at ISDE, with 1 minute 26 seconds lead over Alessandro Azzalini (ITA) with the second fastest time and a 1 minute 51seconds lead over Toni Mulec (SVN) with the third fastest time. Emanuel Gyenes (ROU) is the only competitor to have raced in all 18 editions of Red Bull Romaniacs and is once again competing in Silver class after finishing in Iron class last year due to injury. He finished 14th out of 96 Silver class riders today. Bringing something new to the table in Silver are the two Olympic alpine skiers; Marcel Hirscher (AUT) a legendary alpine skier who holds 8 overall World Cup titles and 7 World Championship Golds and retired in 2019 and Justin Murisier (CHE) who competed at two winter Olympics, 3 World Championships and his first World Cup podium in 2020. It’ll be interesting to see how these two skiers compete alongside each other over the next four days having switched their skis for motorbikes!

Bronze riders were eager to hit the tracks today. The fastest time was from Valentin Rehrl (DEU), followed by Boaz Sasi (ISR) in second and Tim Ketterle (DEU) in third. The outstanding highlight was the performance given by Pol Tarres (AND) on his Yamaha Tenere 700. He came in 13th on the bronze tracks today, setting the stage for what’s to come. 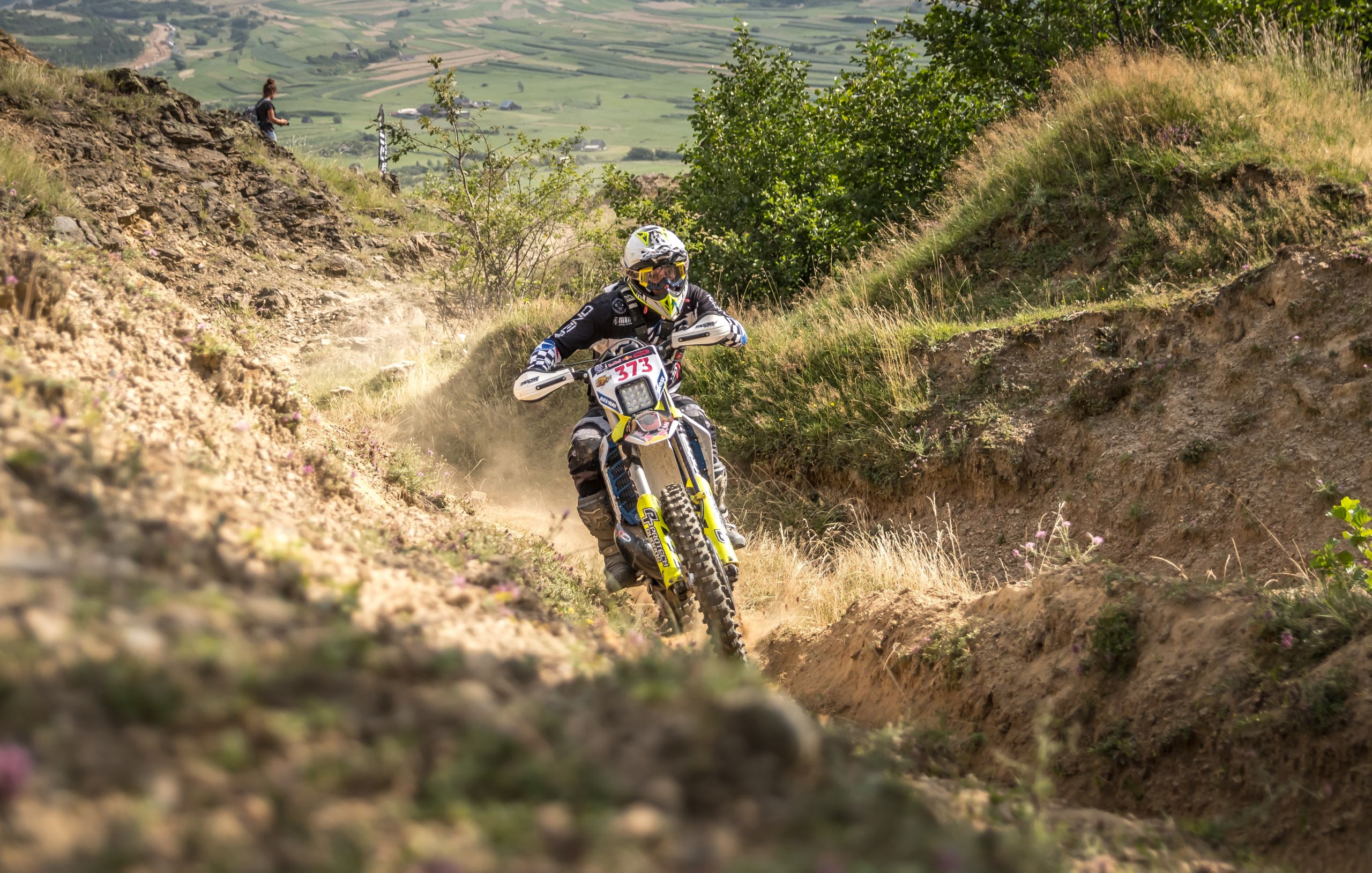 Iron class were the first out on the 2021 Red Bull Romaniacs tracks this morning, ​​Kasper Collier (GBR) scored the fastest time, followed by Tjasa Fifer (SVN) and Raffael Panzeri (CHE) the third fastest.
Now in its second year, the Atom Class was represented by 30 competitors who were given a taste of what’s to come. The two fastest times were from a father and son team, son Danny Melvin was the fastest followed by his father, Donald Melvin, just over 3 minutes later, both are from the USA and the third fastest was Roman Kurbatov (RUS),

Sandra Gomez (ESP), the first woman ever to finish in Gold class last year, did not have much luck today as she had mechanical problems and lost time. Her luck will have to change if she is to meet her goal of bettering her already good result from last year. This year there are also three women competing in Iron as well as one in Atom. 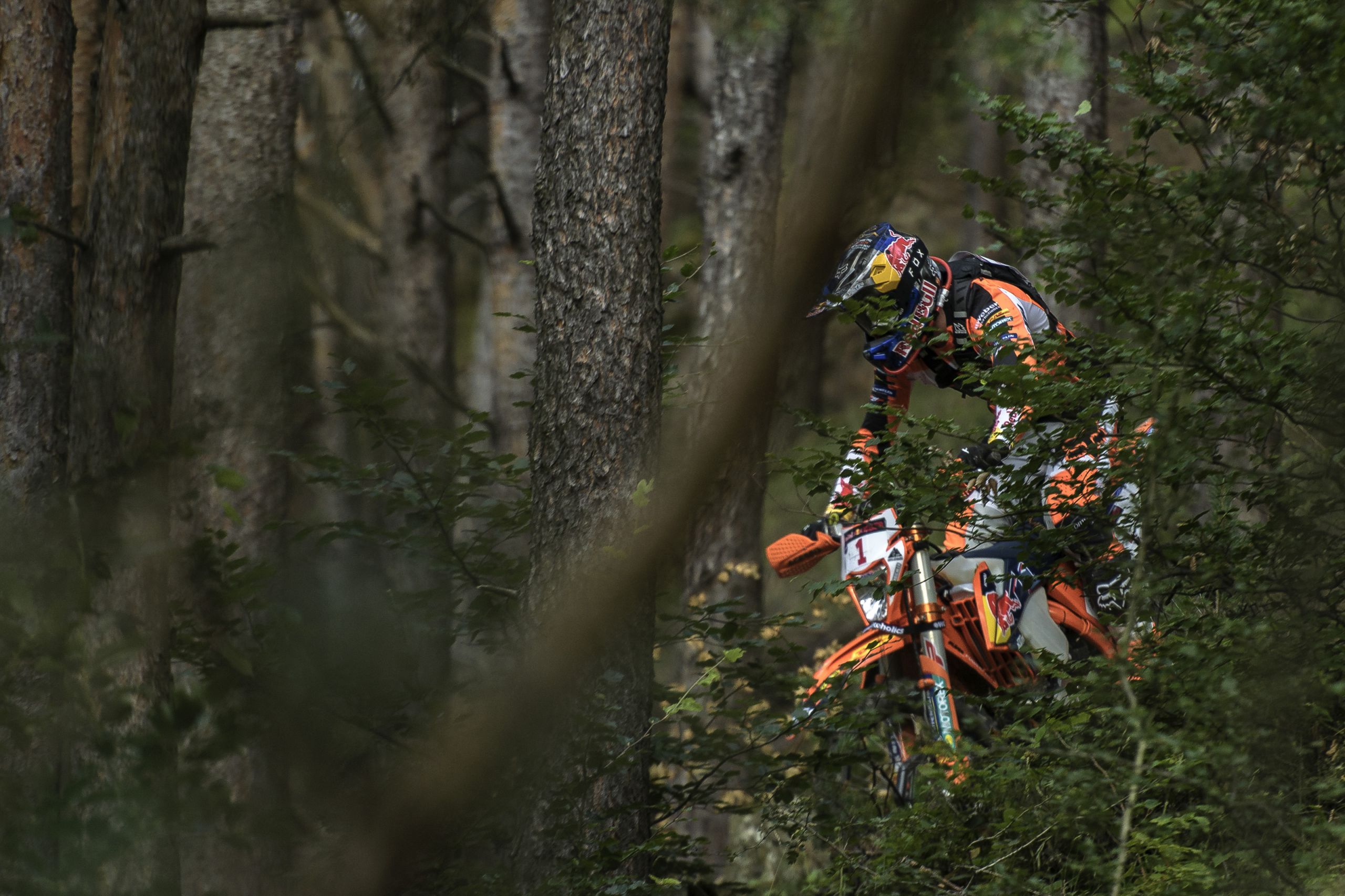 With the Time Trial Qualifiers done and dusted, competitors will have mixed emotions of excitement and trepidation for what lies ahead. Track manager Teo Isac and his team have combined signature sections from the Vertical Madness 2020 edition and added a few new delights into Offroad Day 1. Gold will start with what may appear to be more relaxed, flowy tracks but it doesn’t take long to amp up the difficulty and the battle of the giants will begin. The distance they will cover is 116km. The Silver class on the other hand will be thrown in at the deep end with some technical terrain to start before they will have relief with some more flowy, fast sections around the service point however, this too will not last, tricky sections will bring them to the finish of their 123km day. The Bronze class can expect a nice introductory day with some high alpine riding, not too technical, but not without its challenges, covering a distance of 130km. The Iron class will have a shorter day but be faced with some classic Romaniacs uphills and downhills, covering a distance of 89 km. The Atom class will ride partly with Iron during the day and have a mostly enjoyable day where the going will get tough in parts but not too extreme – a nice introduction, the distance for Atom will be 84km. 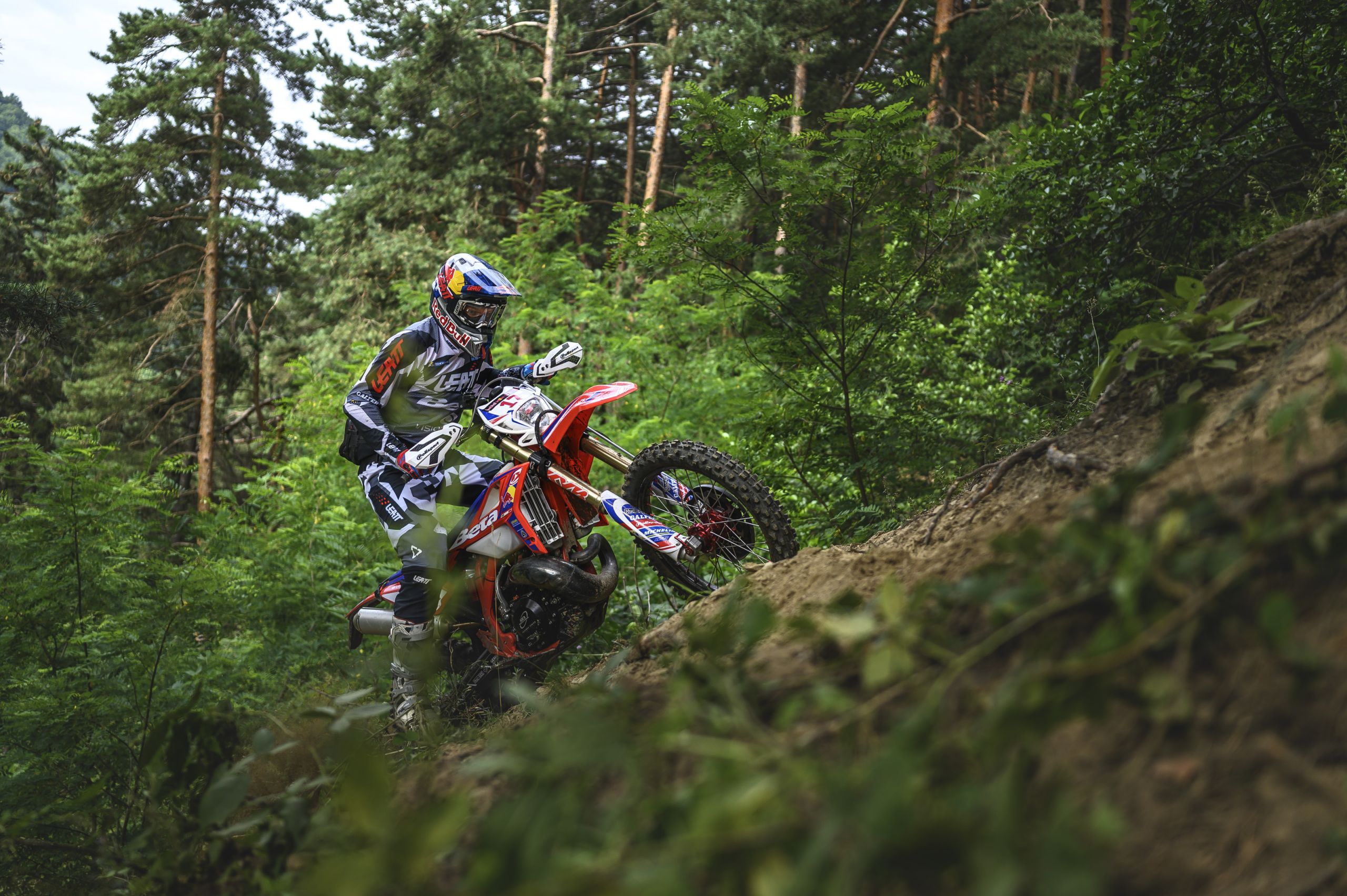 All eyes will be on the battle between the top guns and whether any of the newer upcoming Gold competitors will be able to blow smoke up their pipes or if they are truly in a league of their own separated by minutes and seconds, where one mistake could cost them a spot on the podium. Pol Tarres will also be a force to be reckoned with, after today’s notable performance all attention will be on him as well.

Martin Freinademetz: “Today the Time Trail Qualifications in Boita had great conditions, dry, well marked, nobody got lost, everybody could go fast and enjoy the race day. Each class had some difficult parts similar to the race days, which will be much longer days. Gold was interesting to watch, battling against each other, it was tight, the dry conditions favoured the fast riders, we had Wade in front and I was pleasantly surprised to see Teodor Kabakchiev in second although there are only seconds and minutes between the top riders so it’s not going to say too much and it’ll still be very exciting in the next days. It’s good to see everyone smiling” 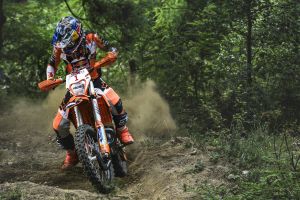 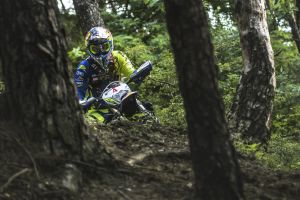 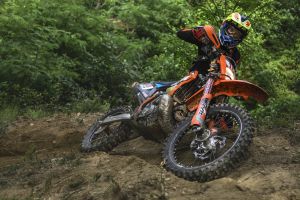 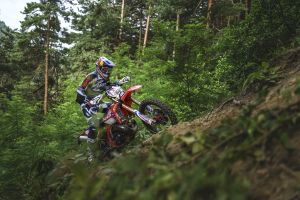 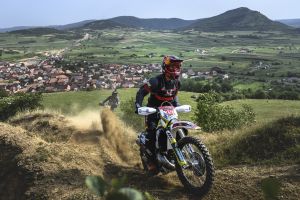 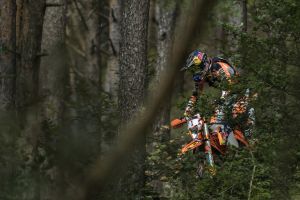 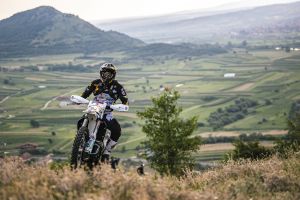 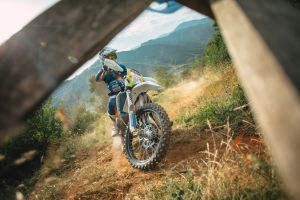 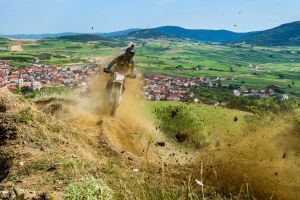 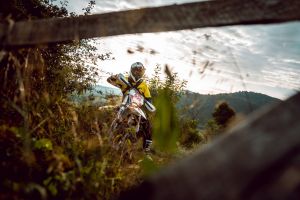 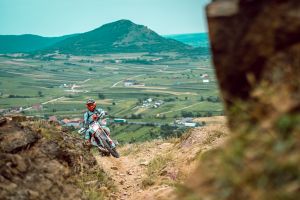 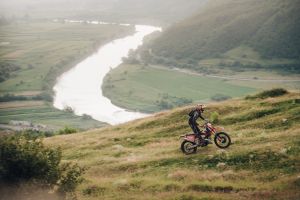 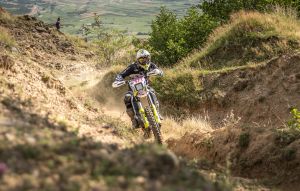 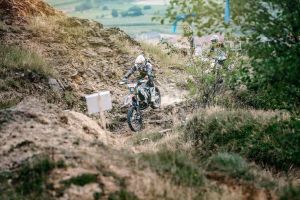