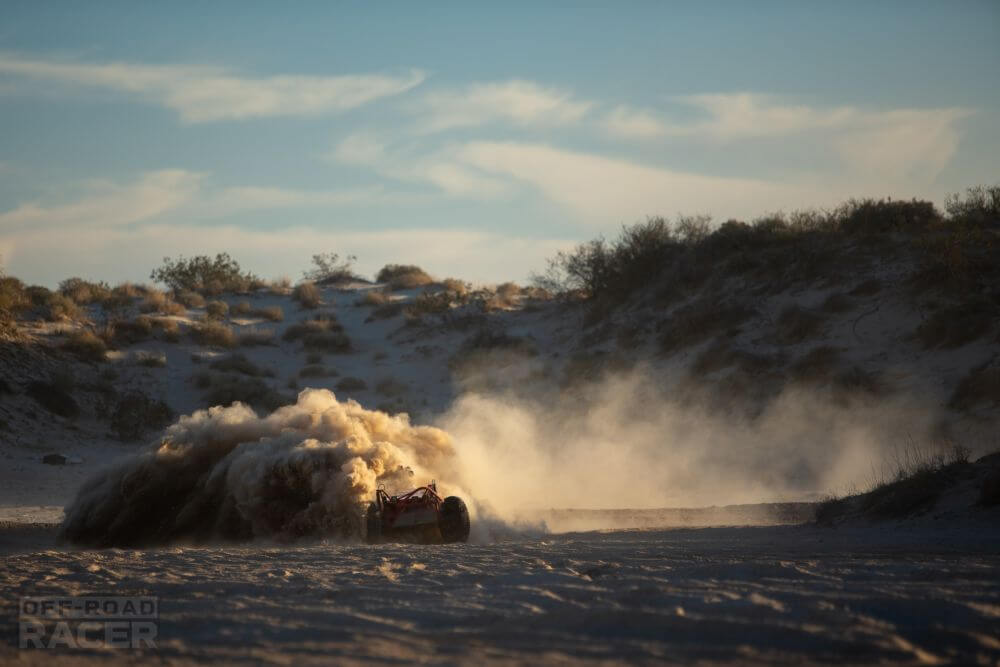 The holidays are over and the 2020 Off-Road season is opening in Baja with a race that is quickly becoming a fan-favorite, the San Felipe Desert Mayhem 175 powered by Cops Racing Team. Around 100 teams gathered together to bring the mayhem into the desert (get it?) in beautiful San Felipe, town who has seen some rough years due to the heavy fishing control in attempts to preserve the marine life in the Sea of Cortez.

3 years ago, Cesar Quirarte along with an amazing group of people put together a plan to create a race to recover a little bit of the lost tourism San Felipe once had. This is how the San Felipe Desert Mayhem 175 was created. For this edition the festivities began with the Time Trials.

Over 5 classes had the opportunity to qualify and start first in their category; the track consisted in 2-mile long short course style track near the San Felipe airport. The show was on and the livestream showed the whole event through facebook live, something not very common in the local races in Baja. If San Felipe is known for something besides the seafood, beaches and amazing desert playground is to party at the popular Malecón. Few hours after the Time Trials were done, the traditional contingency quickly became a big party where it felt like the whole town was there, a San Felipe tradition.

6:00 am and the first bike was off the start line, the first race of the day was then on and the dust started to lift off in a cold morning that is rare in a town famous for it’s high temperatures most of the year. 3 laps for most classes except the women’s category wgucg did 2 laps, in which Alexia Pirron took the first place being the fastest woman of the day.

Later in group B, the second and last race of the day, Jorge Sampietro on board of his #298 Trophy Truck Spec was the fastest driver of the day taking the overall and the first place in the TT Spec category with a time of 3:12:00 beating Jax Redline, the first place in the Open category by mere seconds and to finish the overall podium, Hectór Ayala, winner of the M/C Pro class had the 3rd fastest time of the day.

This race had the honor to had Lynn Chenowth, creator of the tube frame off-road buggies back in the 70’s, as grand Marshal, dropping the green flag for the racers himself with a huge smile on his face. Baja Personalities had an appearance as well, famous Michelin Star Chef, Drew Deckman was there racing in a Class 16, first race ever for him, “To finish first you must finish” he told us jokingly while we asked him about his plans for the race. We also found the 4th times SCORE TT champion, Carlos Apdali Lopez racing in the UTV class.

To nobodys surprise, the UTV category had the most amount of entries. #2009 Nicho Zavala, #2973 Carlos Valencia and #2969 Jose Moreno made the 1-2-3 podium after a fierce battle in the silty 64-mile loop.

As usual part of the winnings will be donated to the local charities in San Felipe, a class-act made by the race owners which we thank them for their hospitality during the weekend. We just can’t get enough of San Felipe and can’t wait to come back again soon, looking at you SF250.