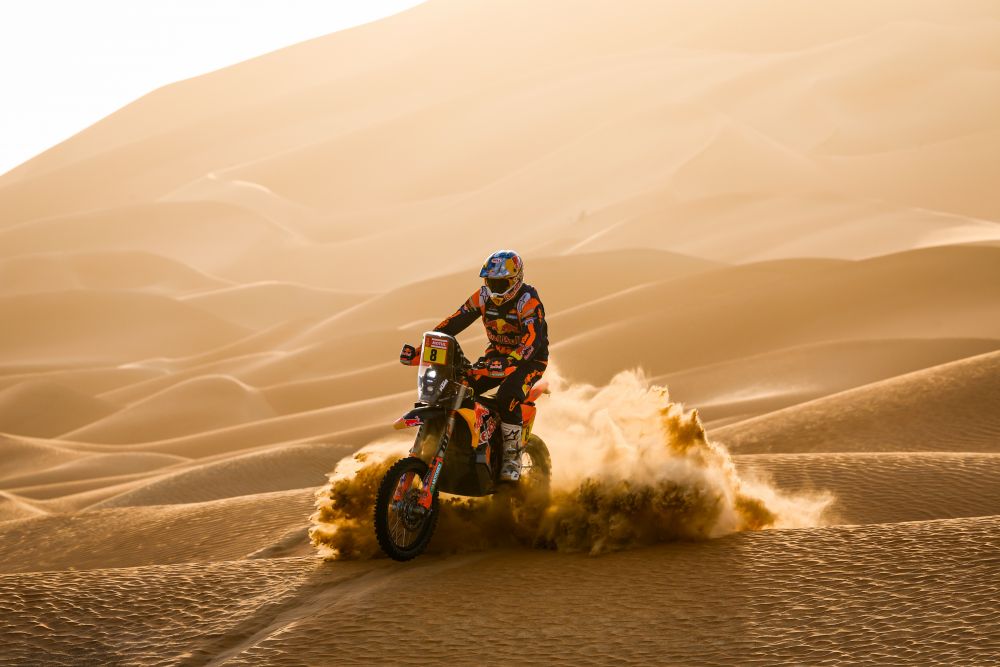 Stop us if you’ve heard this one before: Sebastien Loeb won today’s stage of the 2023 Dakar Rally, continuing to chip away time and advance in the overall standings. While Nasser Al-Attiyah is likely still out of reach with just two stages left in the event, Loeb made it a clean sweep of the Empty Quarter Marathon with his sixth stage win of the rally on today’s Stage 12. He also advanced to second overall, surpassing top rookie Lucas Moraes by two minutes in the rankings. 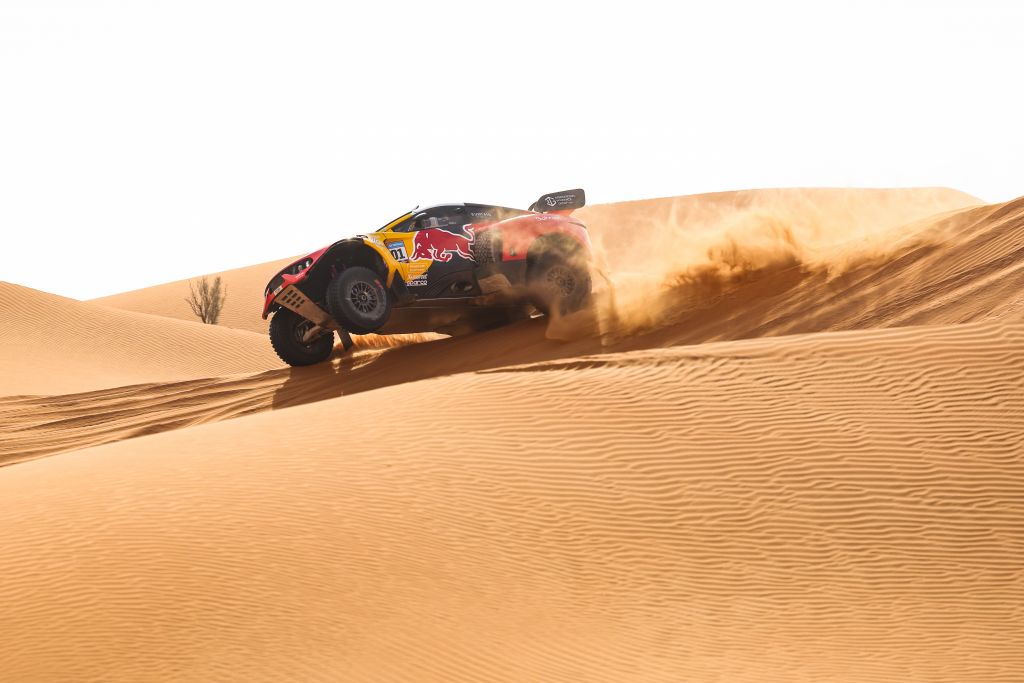 The overall motorcycle podium also saw a change—the only one of the day involving the leader. Skyler Howes’ razor-thin advantage of 28 seconds over Toby Price flipped; now, it’s Price who leads Howes by the same margin, and teammate Kevin Benavides by 2:40. Nacho Cornejo won today’s stage by 49 seconds over Daniel Sanders, but the top 16 riders were separated by under five minutes over the 185 kilometers of special stages back to Shaybah. 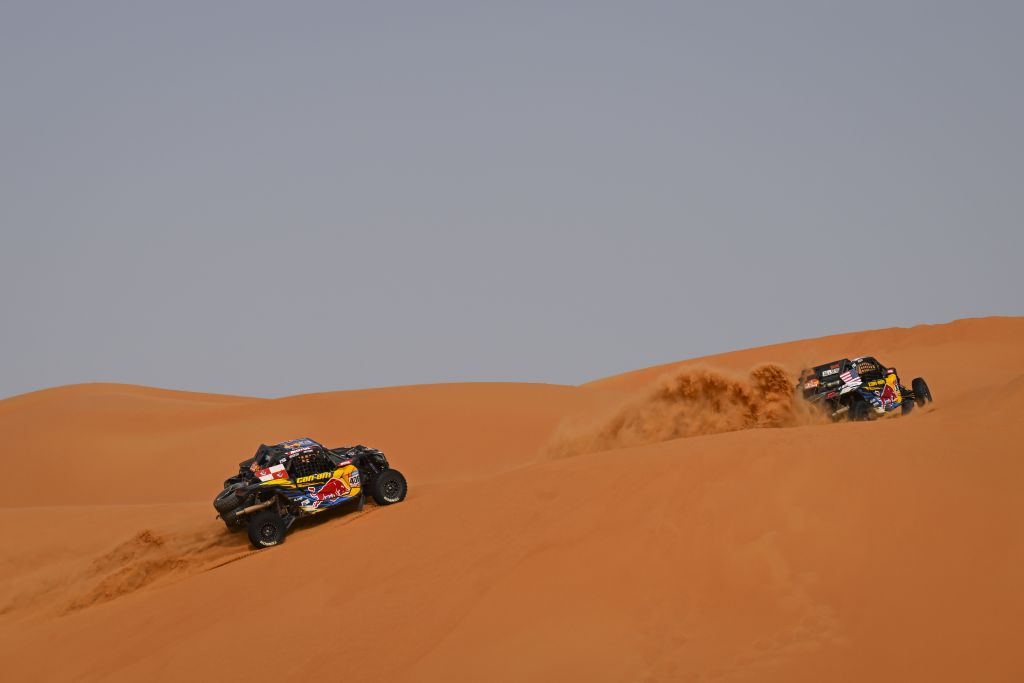 In T3 Lightweight Prototype, Mitch Guthrie Jr. scored another stage win as his most successful Dakar yet continues, while his Red Bull Off-Road Junior Team teammates AJ Jones and Seth Quintero remain a comfortable first and second in the overall standings. The other UTV-based class, T4 SSV, saw Michal Goczal edge out Rokas Baciuska by just 13 seconds for the stage win, as Baciuska extended his overall leads on Goczal’s nephew Eryk and brother Marek to 7:43 and 16:43, respectively. T4 ranks second to only the motorcycles in terms of the spread between the three racers on the podium at this point of the rally. 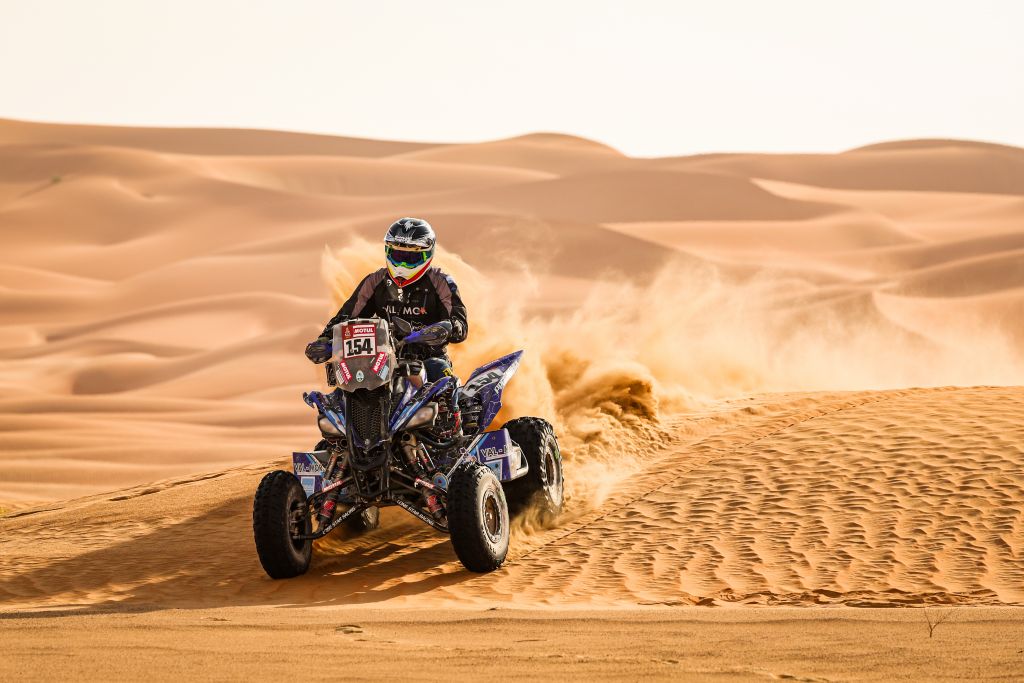 154 MORENO FLORES Francisco (arg), Dragon, Yamaha, Quad, action during the Stage 12 of the Dakar 2023 between Empty Quarter Marathon and Shaybah, on January 13, 2023 in Shaybah, Saudi Arabia

Finally, Marcelo Medeiros continued his recent tear of quad stage wins, as a tough day for Alexandre Giroud shortened his lead over Francisco Moreno Flores to an even 44 minutes. On the other side of the coin, Janus Van Kasteren took a dominant stage win in the trucks to extend his class lead to more than 33 minutes over Martin Van Den Brink. 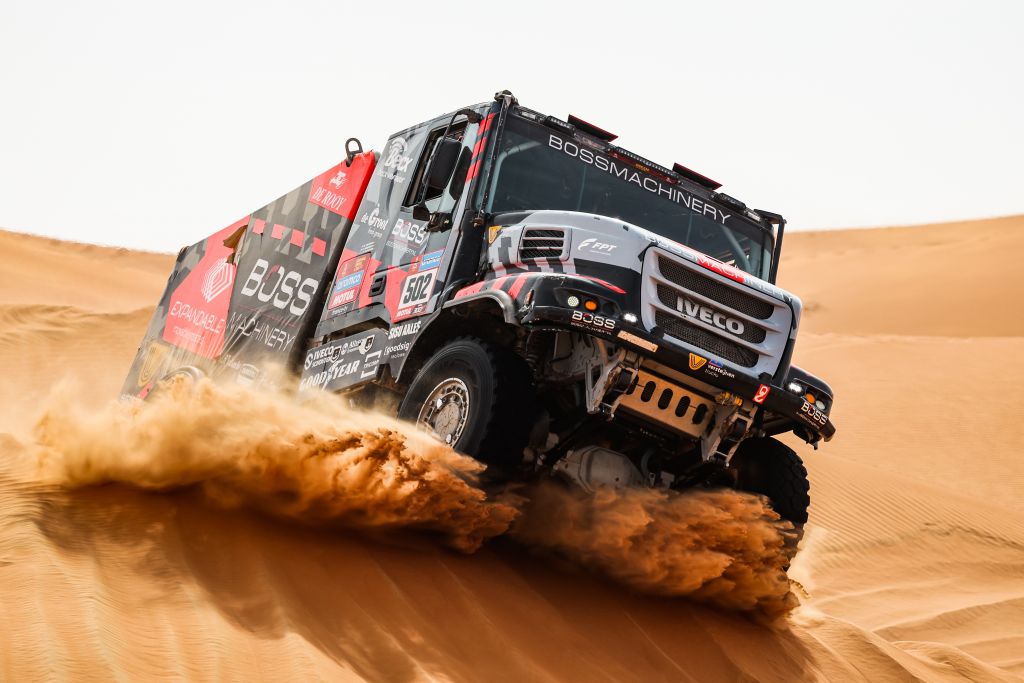 Coverage of today’s Dakar Rally action will debut on Peacock at 6:30PM ET. Tomorrow’s Stage 13 takes racers from Shaybah to Al-Hofuf, with just 154 kilometers of special stages facing them in the penultimate leg of the route to Dammam for the finish.