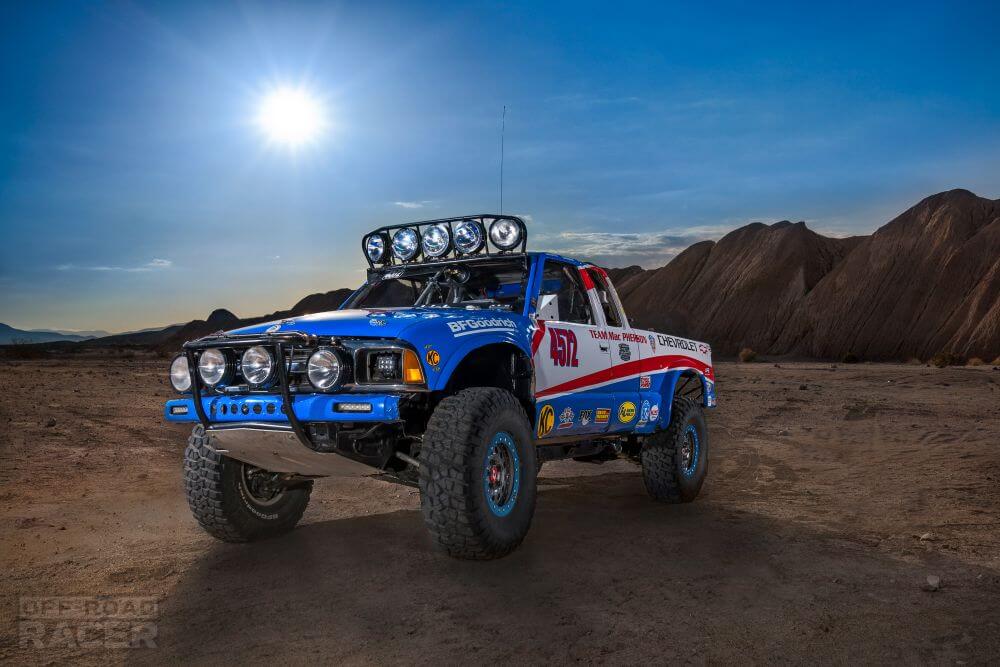 Off-Road racing is approaching its 50th anniversary, finally making it old enough to enjoy and celebrate some of its history. The effect that NORRA has had on the idea of restoring and racing vintage off-road vehicles is a welcomed revival of fantastic stories of man mastering machines to take on the seemingly impossible task of racing and winning a off-road race consisting of hundreds miles of brutality.

For Todd Richards growing up in east county of San Diego, childhood heroes weren’t limo riding baseball and football stars.  They were off-road racers with fantastically capable vehicles that seemed to defy gravity racing through the roughest desert terrain possible.

Designed by Bryan Kudela and built by Jerry McDonald for the famed Team MacPherson, this truck is known affectionately as “Little Mac” due to it being the little brother of the “Big Mac” Trophy Truck. Built in 1990, it was designated chassis number 907 with the intention of racing the competitive class which at the time was a proving ground for manufacture backed mid-sized trucks.

Little Mac’s first race was the SCORE 250 in Imperial Valley.  The truck was purchased in June 2015 by Todd Richards specifically to race the NORRA Mexican 1000 and restored in just 13 weeks after sitting for nearly 10 years untouched.  When Best in The Desert announced they were launching a vintage class starting with The Mint 400, Todd chose to race The Great American Off-Road Race as well.

After 26 years “Little Mac” is still winning with recent wins at 2016 Mint 400 and BITD Laughlin Desert Classic in the vintage class, as well as SNORE’s Rage at the River in 7S. “Little Mac” is another constant reminder of the era of factory race teams in off-road racing. I still find it weird that Chevy and other manufacturers don’t see the same value in these vehicle that we do but off-road racing has alway thrived on the self sufficient do-it-yourself attitude.

Extras:  This truck was built in 1990 as a square body S10, rebodied in 1993 as a ZR2 and raced by Team Macpherson by Jerry McDonald and Jeff Lewis until 1995. It was raced by Eric Hardin until the early 2000’s and purchased in June 2015 by Todd Richards.  The truck was restored in 13 weeks
after sitting for nearly 10 years untouched.   Recent wins at 2016 Mint 400 and BITD Laughlin Desert Classic in Vintage Class and SNORE’s Rage at the River in 7S.