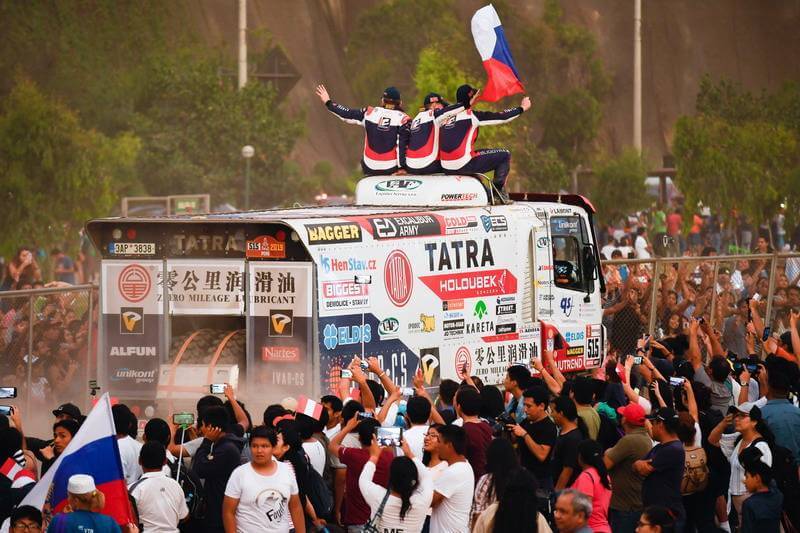 Trucks: will the little Tsar become the master?

Four-time Dakar winner and Kamaz team leader, Eduard Nikolaev is setting his sights on a fifth title in ten participations as a driver. The Russian team’s rivals are not only found at Team De Rooy but also in the Czech clan with Ales Loprais, Martin Macik and Martin Soltys. Belarusian driver Siarhei Viazovich is also among the favourites for the win in the first Saudi Arabian edition of the Dakar.

Kamaz is the team to beat and you do not have to look further than the truck category record books, with 16 titles for 23 editions with 143 special stage wins along the way. The string of three successive victories also confirms that Eduard Nikolaev, spotted upon his arrival in the rally-raid world as the ‘little tsar’, is doing a tremendous job in following the tracks of mentor Vladimir Chagin, as the perspective of going after a fifth crown at the age of 35 in Saudi Arabia would put him a little bit ahead of his boss. In fact, the team now run by the seven-time Dakar champion arrives with its usual status as the odds-on favourite, both confident in its leader and in its team, since Dmitry Sotnikov (2nd in 2017 and 2019) and Andrey Karginov (winner in 2014) are capable of taking over in the event of a failure or major problem for the number 500 truck.

However, the Russian trucks will be in for a serious battle between Jeddah and Qiddiya to prolong their domination. The situation has changed significantly with their rivals at Iveco. Gerard De Rooy has decided not to race due to back problems that will require an operation in the near future. But the only driver to defeat Kamaz in South America (2012 and 2016) will still be the team boss for this first go in Saudi Arabia. He will have the promising Janus van Kasteren in his lead truck. At the beginning of the Kamaz saga, the Russian drivers used to scrap with Tatra trucks, and in particular with Karel Loprais. This new situation could be put to good use by his nephew, Ales Loprais, who is most often observed as an outsider (3rd in 2007, 4th in 2015, 5th in 2019) but capable of doing something special when a new chapter is opened. Spread out over several teams, the Czech clan could also be represented at the sharp end of the order by Martin Soltys at Buggyra Racing or by 30-year-old Martin Macik (5th in 2018) who will take part in his eighth Dakar. The biggest threat will come from the Belarusian “cousins” of Kamaz, the Maz Sportauto team led by Siarhei Viazovich, who finished runner-up to Nikolaev in 2018. And finally, special attention will be paid to the Gert Huzink’s crew, who are facing a challenge of the future as they will be lining up at the start with the first hybrid vehicle in the truck category.