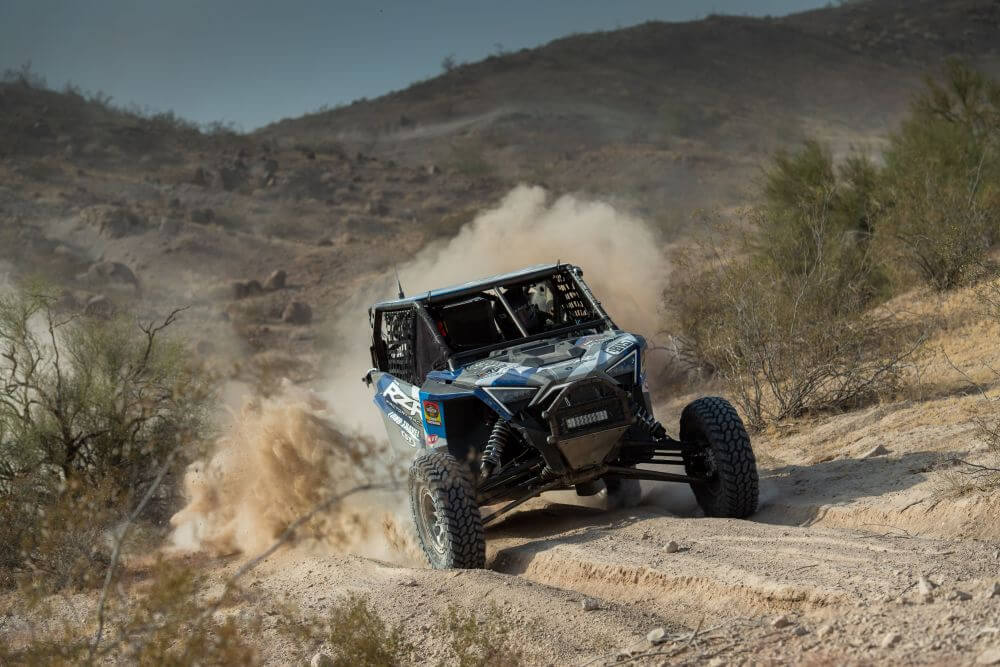 Doug Fortin of Fortin Racing led the field in pole position after qualifying first Thursday afternoon.  It was an instant battle from the start, and Bruce Binnquist took the lead for a good portion of the race, but veteran racer Ryan Piplic gained the lead late in the race and took it all the way to the finish.  The race was so tight that 1st, 2nd, and 3rd place were only seconds apart.

Earlier in the day, teams lined up once again at 6:00am, as the Rally, Sportsman & Pro RS1 drivers took their positions.  Chris Blais, driving the U905 car, came out strong and took the win in the Rally Class.  After suffering a tragic moto accident paralyzing him from the waist down, nothing has held him back and it was great to see him come out on top!

Over 40 entrees came out to battle in the Youth 170 Class, which forced the class to be broken up into two heats which would be combined for an overall result.  At the checkered flag, TJ Siewers took 1st place, followed by Chase Mankin and Chase Worley.

Soon after, Paxton Schendel was victorious in the Youth 250 Class.  Polaris RZR came through with a huge surprise for both TJ & Paxton, officially welcoming them to the Polaris RZR team. “We are so grateful, we’ve been doing this for 4 years.  I am just trying to hold back the tears right now,”  TJ’s father proudly explained. Congratulations guys, you’ve earned it!

Thank you to all the teams, sponsors, fans and media that made the 2020 UTV World Championship presented by Polaris RZR a huge success and congratulations to all the teams that finished this brutal race course.  This was a challenging course and showed the true perseverance that off-road racing demands.

SEE YOU NEXT YEAR!