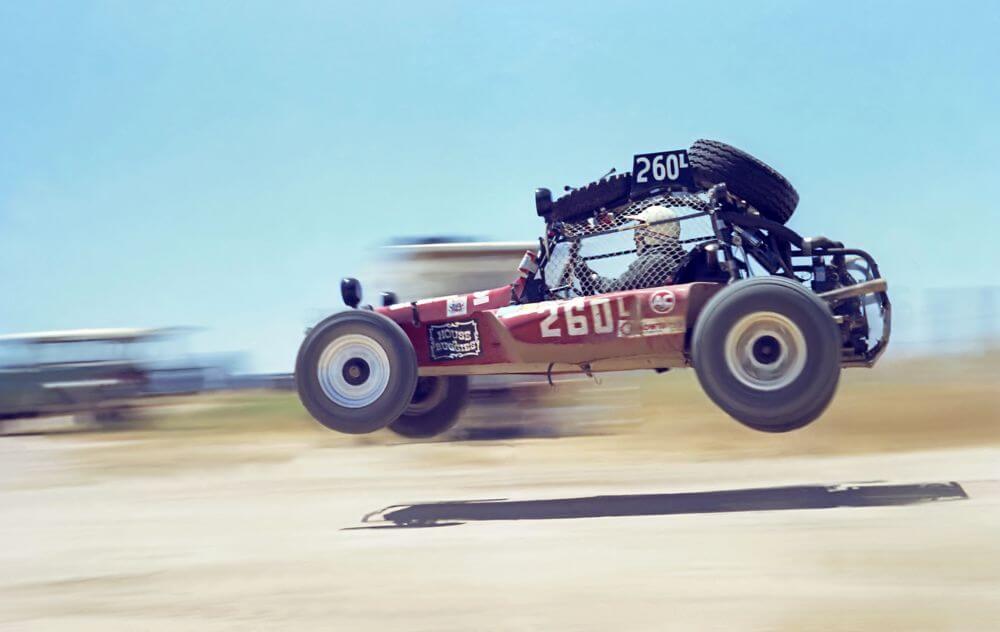 Kurt Scherbaum is a native San Diegan that grew up in the late 60’s & early 70’s traveling throughout Baja and the southwest shooting images of off-road racing and iconic landscapes. Throughout the early years Kurt spent countless hours in the darkroom developing film & printing images to help support his passion for photography. Selling prints to local racers helped offset the costs of gear and travel and connected him to the early personalities of our sport. Over the years Kurt has experienced the ever changing technology and progress that defines modern photography enjoying all genres and always looking for the next photographic challenge. Kurt currently owns The Lensman Photography and enjoys photographing occasional races, landscapes, and wildlife. Check out Kurt’s images @ thelensmanphotography.com and stay current by following him on Instagram and Facebook.

June of 1975 marked the genesis of what would become my lifelong passion for the sport of off-road racing. My passion would come into being just outside the small Mexican farming village of Ojos Negros, a 30 minute drive east of Ensenada. In the early 1900’s Ojos Negros was the first capital of the state of Baja California. This race (the 1975 SCORE AC Delco Baja 500) fueled by the high flying class 1 cars, the unmuffled exhausts of the class 8 trucks, and the unique class 6 sedans would forever put an indelible mark on me. This is just a few of several images I will be sharing that personifies the early days of off-road racing.

Walker Evans and Pancho Weaver at speed in the class 8 Chevy C-10 pickup crossing the Ojos Negros cattle guard. Walker would move on to a Ford, then ultimately land a Dodge factory ride that would take him to his retirement.

Racing into the rising sun out of Ojos Negros the 125cc team of Jackobson & Bilbrey lead the 250cc team of Daly & Priestly while an unknown entry on a 125cc Penton flies over the cattle guard. (Larry Roeseler & Bruce Ogilvie would go on to win the race overall on a Harley Davidson giving Harley their only overall Baja win ever!)

Here’s an example of an early class 2 unlimited two seat buggy entry with two roof mounted spares and an L at the end of the race number designating it as a “late entry”. The L would signifying that the entry would not be found in the official race program.