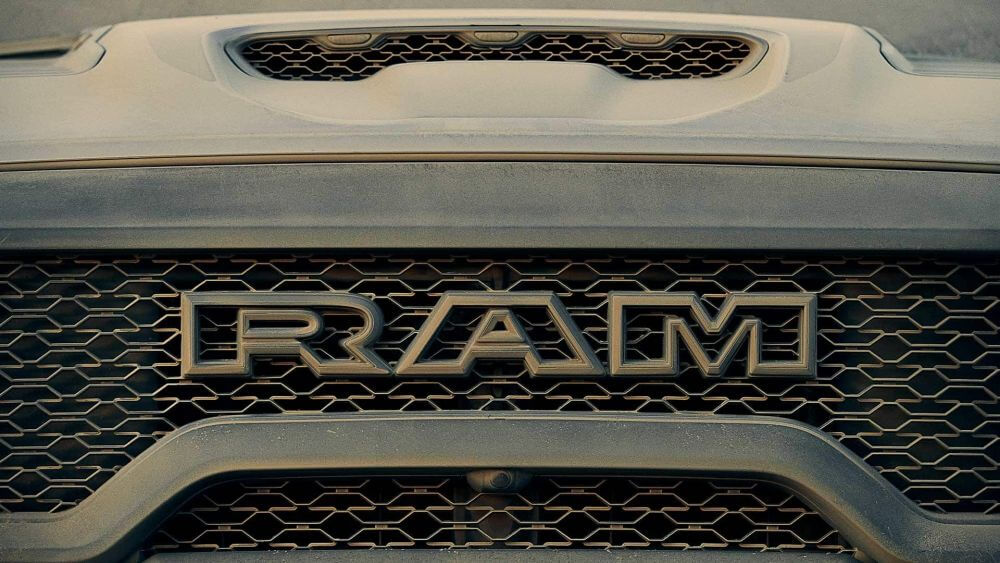 It’s hard to believe that it’s been 11 years since the introduction of the Ford Raptor – which was the first ultra high performance super truck to be released in America. Ford enjoyed about seven years of dominance until about four years ago. In 2016 Ram came out with a concept truck that was really built from the ground up to be the answer to the Ford Raptor. Essentially, they wanted to create a pre runner style super truck that would go toe to toe with the reigning champion of that category. It was designed from the ground up by the folks at FCA, to be the Raptor killer. They even created a custom piece of artwork under the hood to acknowledge that battle.

Until now, there’s really only been two big players in the space, the Raptor, and the Toyota Tundra TRD Pro. But what RAM has done is really elevate the game here. This is the fastest, most powerful truck in its class. And it’s actually the fastest pickup truck ever made. At 702 horsepower – the TRX does 0 to 60 in just over four seconds, and it’ll run the quarter mile in an astonishing 12 seconds. This is one hell of a truck. And had a lot of fun shaking this beast down.

Now the first thing you notice about the TRX when you hop in it, is how nice the interior is. This is not your dad’s pickup truck from the 70’s and 80’s. It’s more like sitting in the cockpit of an F1 fighter jet. Everything in this truck has been really cleanly laid out. It’s got all of the modern digital amenities that you would expect from a modern vehicle. And a lot of the creature comforts that have been developed over the years in the Ram 1500 series. When you’re sitting in the cockpit, it’s apparent that the engineers at FCA really put a lot of time and thought into the dash, and the instrument cluster the way that everything’s laid out. Yeah, it’s built loosely on the Ram 1500 dash..but they went beyond that and created beautiful digital instrument clusters using a slick vertically oriented ipad style touch screen, which you use to run your navigation and all your electronic components.

The TRX sits on 35 inch Goodyear tires, 15 inch wheels, and it’s got about 11 inches of ground clearance with 13 inches of suspension travel. What we were anxious to test was how well it did in the soft sand and the loose dirt. Eleven inches of clearance is fine if you’re talking about a couple feet a foot of snow, mud, or sand. But that’s not a lot of clearance for hardcore off roading out here in Southern California, Nevada, and the Arizona desert. The rocks and the conditions that we run in, often command 20 to 24 inches of suspension travel or you really start doing damage to the bottom of your truck. We put that to the test and were very surprised with the results.

Now there’s a couple things that RAM has taken criticism for on the TRX already and the biggest one is the price point. This truck starts at $70,000 and quickly gets in the 80 $90,000 range when you start adding a lot of the accessory packages, the tow package and some of the other amenities. This model we’re tested was well equipped in the $90,000 range. So this is really targeted towards a very specific type of buyer. Not everybody can drop $90K on a super truck. But RAM didn’t set out to become the cheapest and they didn’t set out to become the most affordable. It’s pretty clear when you get into this truck that they literally sat down and went through every aspect of the Raptor and the tundra, and came up with a game plan for making the “best of the best” and that’s what we saw during our test ride.

Is it comfortable? Yes. I’m 6’1” and weigh over 250 pounds. I’m a really broad-shouldered dude. And when I get into these trucks, I can tell usually right away whether they’re going to be comfortable on a long drive, or whether I’m really going to be cramped up and sore after 15-20 minutes in the truck. The seats feel immaculate, they hug you like a leather glove. There’s an infinite amount of adjustability. I was really comfortable right off the bat with the way the truck drove on the asphalt, and that comfort held up for the two hour drive from San Diego out to Ocotillo.

The TRX has a TON of power. But with 15 inch breaks, it also has a lot of stopping power. It feels really smooth to drive, and it’s predictable. It’s a heavy truck – and it pushes itself through the corners when you let off the gas. But it’s really easy to get comfortable with the drive right off the bat. The TRX actually feels more like a high performance sports car than it does a truck on the highway. It’s got gobs of power, but it’s also a very drivable vehicle. The steering and the suspension work really well in and out of sharp turns, and that just made it pleasant to drive.

We rolled the TRX into our private test spot in Ocotillo CA and immediately hit the dirt and started thumping on it. After about an hour we stopped to collect our thoughts. Our first impression was, “What a fun and capable truck in the dirt! Wow!”. In the sand and choppy rocks the power was still making it to all four wheels – even in the basic auto 4WD mode. The TRX was also eating up the 12-24 inch whoops we were slamming over at 30-50mph. It wasn’t “Unlimited/Trophy Truck butter smooth drink your coffee without spilling it” soft – but man the suspension was impressive. The TRX ate up all of the thick choppy dirt and sand and we drove both on and off the main trails to feel how it reacted. It remained predictable, powerful, and comfortable on most, if not all of the terrain. We did a few climbing tests – check. We towed a UTV through the sand – check. We called our tax guy and chatted with him using the slick communication app while taking a coffee break. We fell in love with the TRX pretty quickly.

One of the things you always have to consider when you’re out off-roading is approach angle. Simply put, that’s how steep the terrain is, relative to the clearance of the front or rear of the truck you’re off roading. And that is a factor to consider for sure, if you’re going to be doing some pretty serious crawling. Now, my experience has been with these super trucks, they do okay with approach angle, but they’re not great. There’s definitely advantages to be had if you have bigger, taller suspension, bigger wheels and tires and more clearance on the fender well. We were a bit nervous driving around a $91,000 truck, worried about smashing the front end of this beauty. So that’s just something to keep in mind again, when you’re evaluating what the best truck is for you. Are you really going to beat on something when you have to drive it to work on Monday? Most of us, yes. But keep that in mind.

The all new Ram 2021 TRX ate Ocotillo for lunch. We were really really impressed with this truck. It’s luxurious and super comfortable on the inside, but very capable on the dirt. We were a little worried that the 13 inches of suspension travel wouldn’t be enough to handle some of the whoops, but it did just fine. In fact we were really impressed with the suspension overall. We never once felt like we were losing control, tipping, etc. The TRX is a very wide truck though so keep that in mind as well. It’s not going to be fun to park at the mall.

As we mentioned before, RAM has taken a hit on the price. At $70K to $90K it’s really expensive. But obviously, that’s the top of the market for truck buyers. They’re also taking a few hits on the little details. For example, one of the things we noticed on the back side of the bed of the truck is that there’s no power outlets, the tailgate is fairly simple. We feel like at the $90,000 point there should be an automatic roll away bed cover. That shouldn’t be an accessory that you have to buy after the fact. Then again on the inside, tons of options, USB connections, multiple power plugs in the front in the back. Just little touches like that, that really make this truck feel really refined and finished overall, and just really well thought out.

If you have the money and you’re shopping for this style of truck – check out the TRX. It’s a recommended buy. If you’ve got $60K – $90K to spend this could be the last truck you’re gonna need for a good five, six years. It’s got everything you’re looking for. Special thanks goes out to RAM for letting us bang around on the TRX for a week. 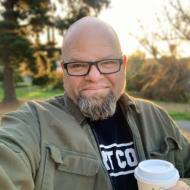 Josh Martelli is the co-owner and COO of Off-Road Racer and a regular contributor and writer. He is best know professionally as the co-director and editor of the XP1K series, the first three Gymkhana films, and over 100 nationally televised commercials and programs. He lives in San Diego and Lake Havasu City where he spends his time riding UTV's, restoring vintage arcade games, and shooting and axe throwing for recreation.