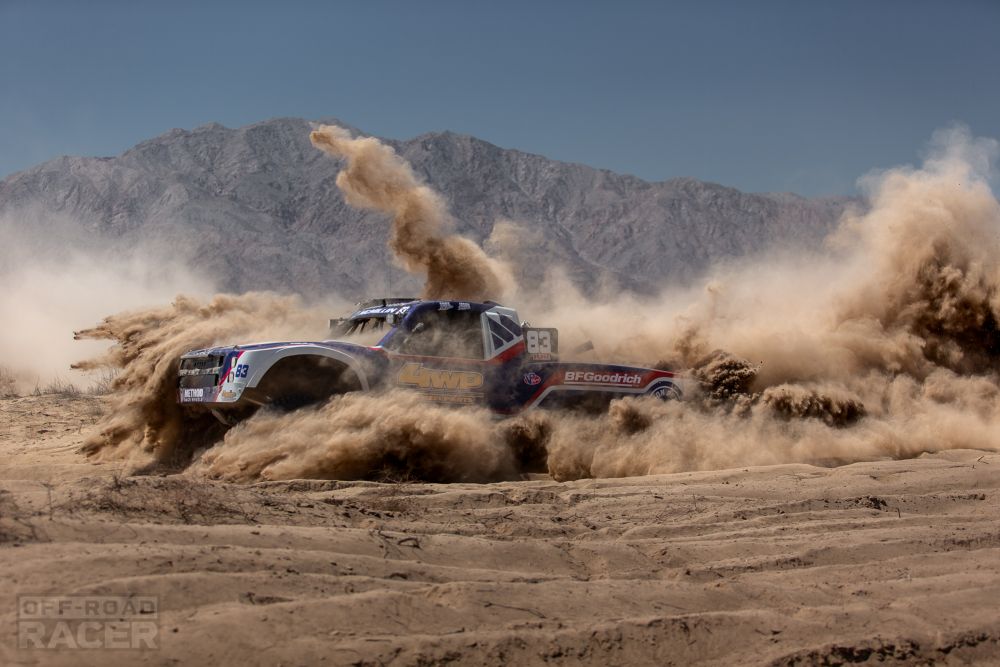 Ernesto AraizaApril 7, 20220
San Felipe, MX, April 4, 2022 – BFGoodrich® Tires Motorsports team accomplished a major milestone in off-road racing, winning their 100th overall SCORE Baja Victory at the 2022 San Felipe 250. Luke McMillin crossed the finish line after four hours and 25 minutes, waving the checkered flag in celebration.
“Racing in Baja has provided BFGoodrich Motorsports credibility for more than 45 years,” said Harold Phillips, global general manager for BFGoodrich Tires. “While we will celebrate this 100th overall SCORE Baja victory, you can count on BFGoodrich to continue to push the limits of our tires as we find a way to help our athletes race at their best. As a result, it allows us to innovate and produce award-winning tires for our consumers.”
BFGoodrich Motorsports first competed in 1976 with two entries in the SCORE Baja 1000. After competing for several years, the first overall victory came in 1979 at the SCORE Mexicali 250.  Bob Gordon took the first overall victory in one of the famous Blazers, and Gordon followed up with another overall victory in 1980 SCORE Baja 500.
After competing for 11 years, BFGoodrich Motorsports first overall SCORE Baja 1000 victory was in 1986 with Mark McMillin in the second generation Radial All-Terrain T/A. It was the first of what would become a 20-year streak of overall wins in the SCORE Baja 1000.
Looking to the future, the next goal for BFGoodrich Tires is to win on the latest product innovation, the 18” Baja T/A® KR3 for unlimited class SCORE Trophy Trucks®. Raising the bar for the most successful brand in desert racing history, the 18” Baja T/A KR3 was tested in the deserts of Baja California, Mexico and southwestern U.S. by race-winning drivers. For more information on this product, reach out to authorized BFGoodrich off-road racing U.S. distributors.
Rally Jameel, Saudi Arabia's first-ever women-only motor rally, concludes in the centre of Riyahdh Previous post
Great American Shortcourse Race Preview: SBC Fairgrounds Next post