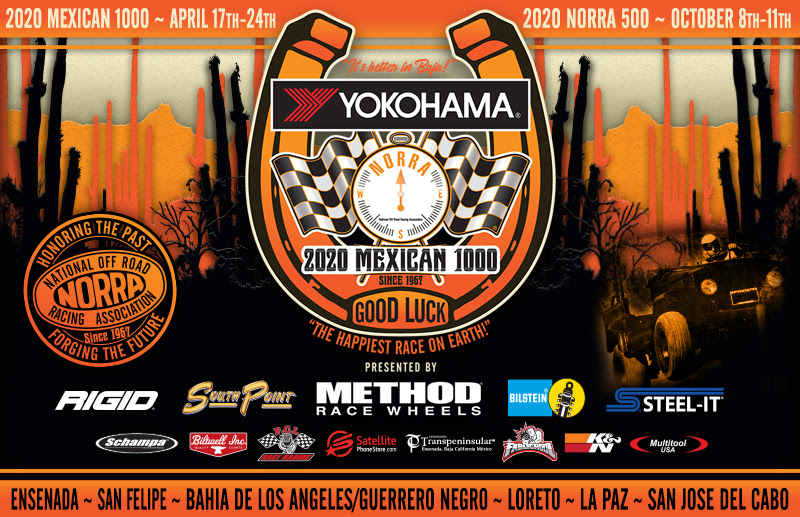 Bilstein And The NORRA Mexican 1000 Are Perfect Together!

The NORRA Mexican 1000 honors the past, while forging the future. Likewise, Bilstein has played a huge part in offroad racing history, and they are leading the way with shock technology today. Bilstein’s M7100 Classic shocks are the most successful shock absorbers in offroad racing history. Since their inception in the early 1970’s, Bilstein’s monotube shocks have equipped more winning off-road cars and trucks than any other shock. Many of the historical cars and trucks competing in the Mexican 1000 are either running Bilstein shocks to remain period correct, or are in fact racing on the same shocks that the vehicle was equipped with when new. Bilstein quality and performance is legendary, and they have applications that cover everything from daily drivers to professional race vehicles; on, and off the road.

The same commitment to performance that enabled offroad racing to evolve into what it is today is continuously being applied to Bilstein’s latest developments. When it comes to technology, Bilstein’s B8 8112 (ZoneControl® CR) suspension kit is second to none. It will elevate your suspension performance to a whole new level. The technologically advanced bolt-on coilover shock kit supplies position sensitive damping with 3 compression zones and 2 rebound zones, controlled by 3 independent pistons. Featuring superior bottom out control through a 2-stage, telescoping internal compression stop, it eliminates the need for an external hydraulic bump stop. The secondary rebound stop dissipates spring energy and stabilizes the suspension directly following a large compression event. The internal rebound stop will also eliminate harsh top-out events and the need for an external limit strap. If that sounds complicated it isn’t, just bolt them on and go. Bilstein’s technology will transform your factory based truck or SUV into a performance offroad machine that will still have manners on the pavement.

In addition to Bilstein’s support of NORRA, they will also be presenting their Madonna award. The tradition of the Bilstein Madonna Award in the United States began in 1984 with the NASCAR Winston Cup Championships, and has evolved to recognize the accomplishments of individuals in many areas of motorsports. The Madonna award is given to “an individual who wins a championship in a major American racing series, displays sportsmanship and positive character traits on and off the track, and possesses an intense desire to win while overcoming adversities.” Past winners of the award include Terry Labonte, Darrell Waltrip, Bill Elliott, Dale Earnhardt, Rusty Wallace, Ivan Stewart, Mark Stahl, and Mark McMillin among others. Mark Stahl was running the very same Bilstein shocks that were originally installed on his Ford F100 race truck back in 1978 when he won the Madonna in 2016. No stranger to the Madonna award, Stahl twice earned Madonna’s for winning the Baja 1000 overall in 1978 and then again in 1980.

Throughout offroad racing history, Bilstein has been there. Come make your own history at the Mexican 1000. For information on entering the race, and the latest news, go to www.norra.com today!