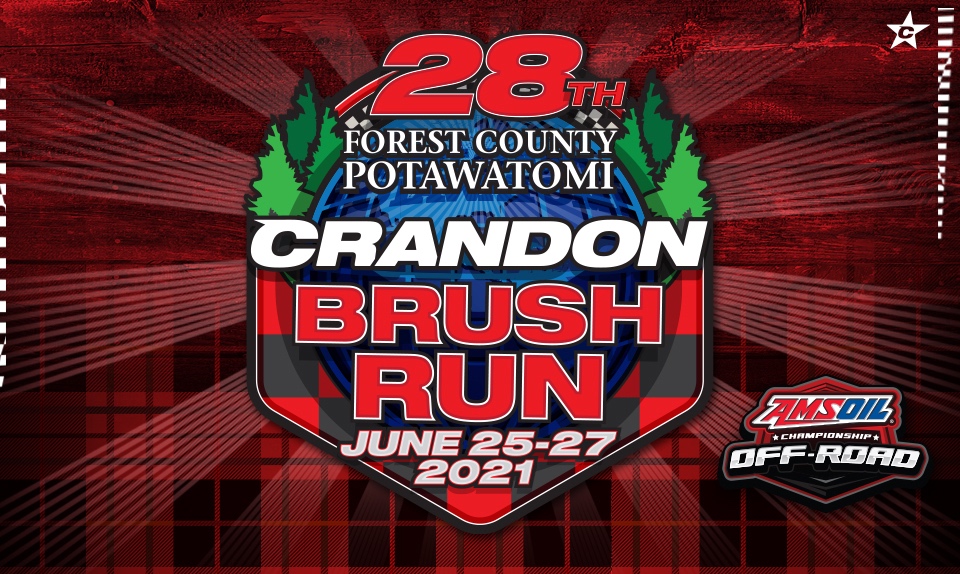 Created as a bonus for both Sportsmen categories and the top-tier Pro 2 and Pro 4 unlimited truck racers, Crandon International Raceway is adding a healthy $38,000 in special cash prizes to supplement the purse provide to each competitor via the Champ Off-Road Series.

The weekend’s big finale will be the 28th running of the Forest County Potawatomi Community Cup, an-all out battle between Pro 2 versus Pro 4 unlimited trucks and the world’s best short course racers. Separated by a unique staggered start, the event will offer a grand total of $28,000 in cash. The race’s overall winner will take home $10,000 and an iconic Forest Country Community Cup trophy to take home, with $3,500 going to the runner-up and $2,000 for the final podium position. 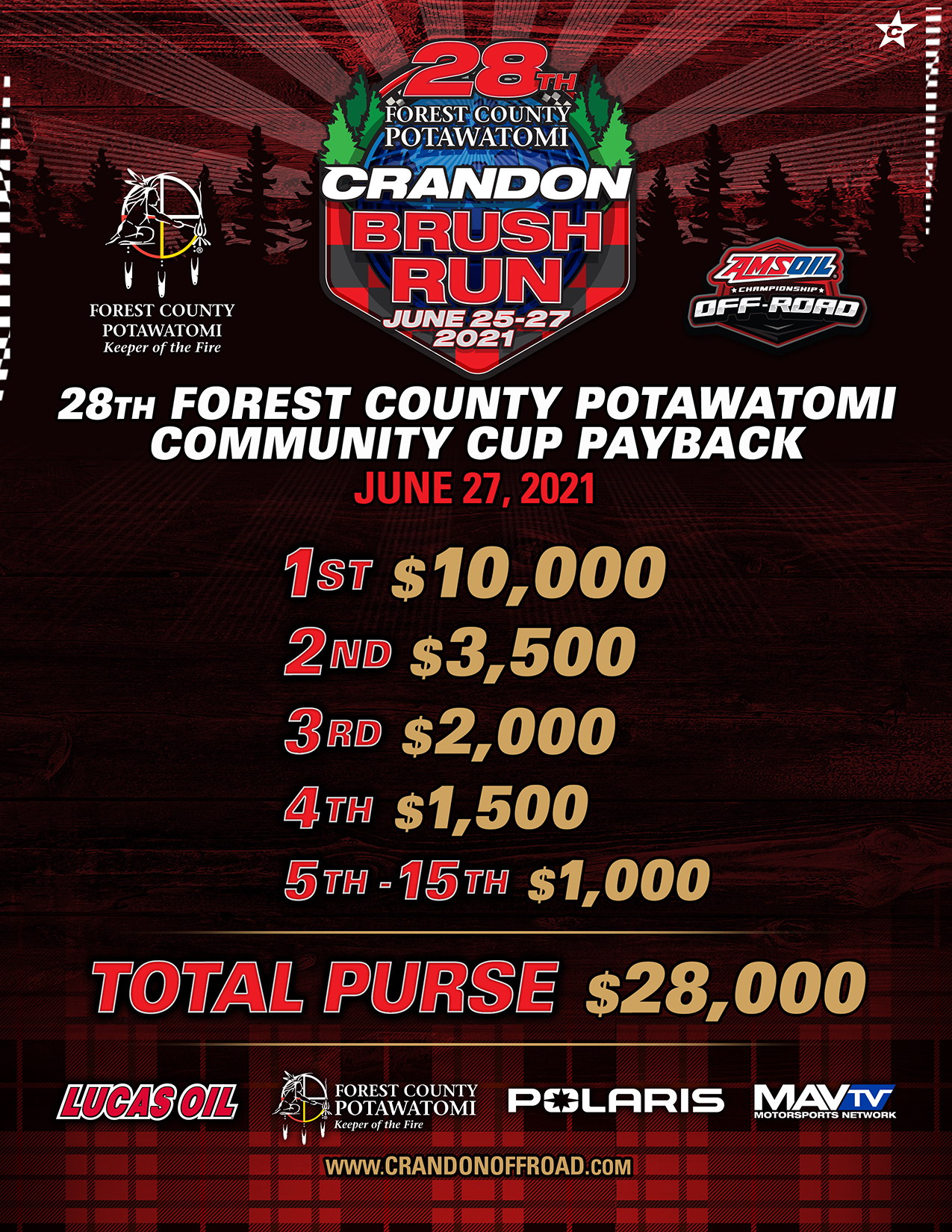 In addition to providing support for the sport’s top-tier classes, Crandon International has also posted an additional $10,000 in cash for myriad of Sportsman classes. A total of $5,000 for each day of racing will be paid directly by the race track, including payouts to such popular classes as 1600 Light Buggy, 1600 Single Buggy, Stock Truck, Super Stock Truck, two Side-X-Side categories and the Pro Buggy group. 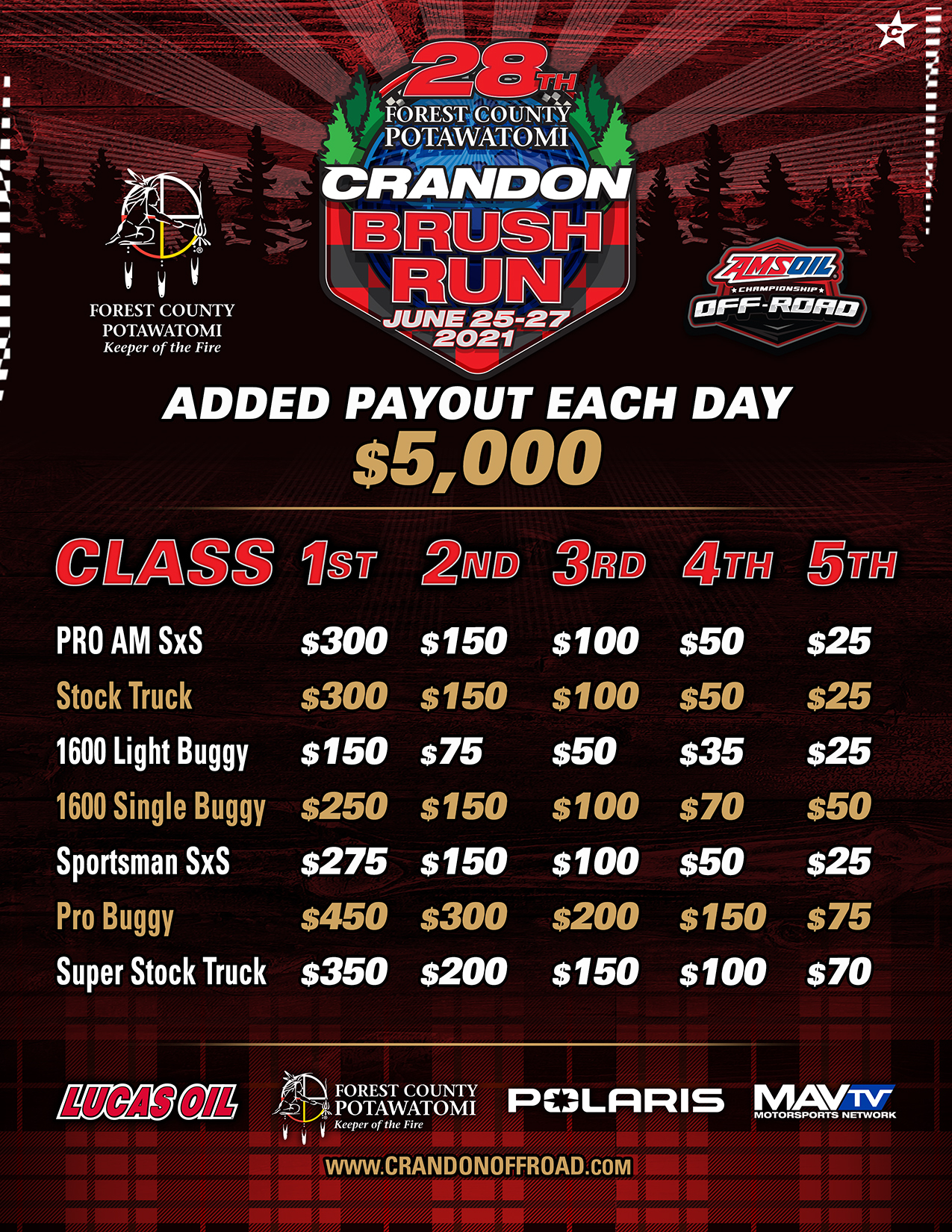