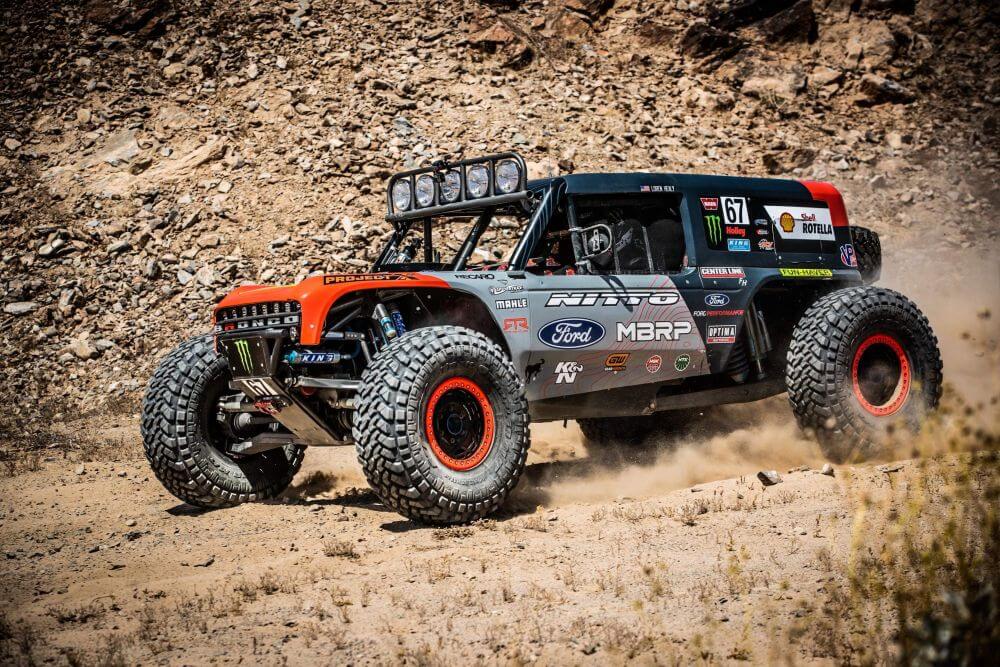 Arguably one of the most challenging race series in the world, ULTRA4 Racing’s second stop of the Western Series in San Felipe, Baja California was a 110-mile battle through rocks, silt, sand, whoops, and fierce competition. 35 of the top 4400 Unlimited Class racers took the green flag and at the checkered it was 2x King of the Hammers Champion Loren Healy in first place, putting King Shocks atop the podium once again. 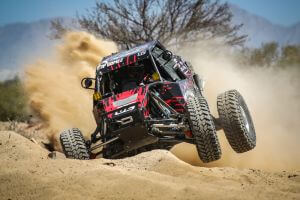 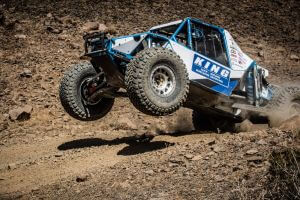 Healy was followed by second and third place podium finishers Raul and JP Gomez of Gomez Brothers Racing. The podium finishes add to the five podium spots in the first two races, after taking 2nd and 3rd in Round 1 of the Western region in Moab, UT and a clean sweep at the infamous King of the Hammers earlier this February.
“What an amazing week in Baja. I’m super proud of our team,” commented Healy. “We all came together and put in a lot of work with pre-running. The terrain down here is incredibly challenging and my King Shocks once again proved they love it down here. I got out front on the first lap, held my lead and paced off everyone else. Really pumped on a great week.” 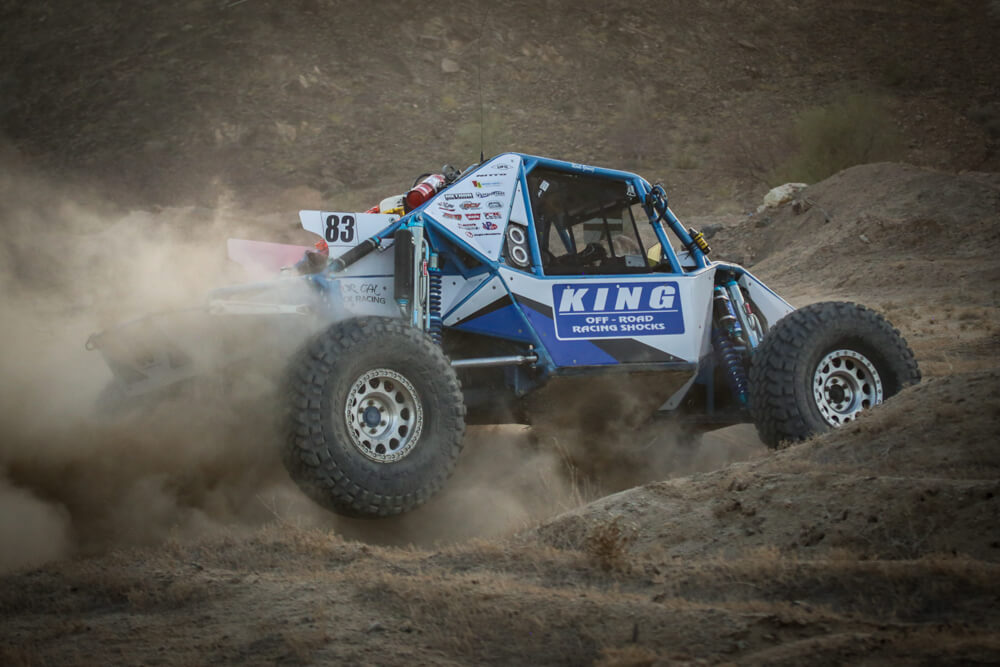 #83 Raul Gomez started in 10th position after a very fast qualifying run and on race day it was incredibly close with Healy. Just +00:00:42 separated the two at the finish line. After a third place finish at King of the Hammers, the second place finish marks his second straight podium finish for King Shocks and secures his top 3 spot in the point standings. 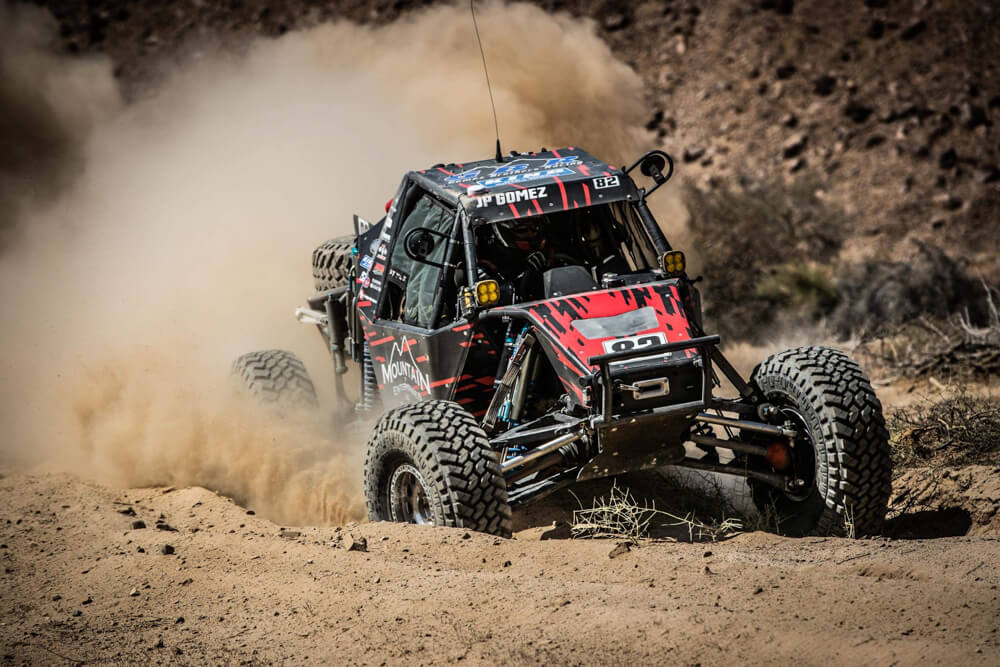 After not finishing the qualifying lap, #82 JP Gomez was forced to start from the back but had a flawless run all the way to a 5th physical finish. His corrected time landed him third on the podium, just ten minutes off Raul’s pace after battling through tremendous lap traffic as the race played out. 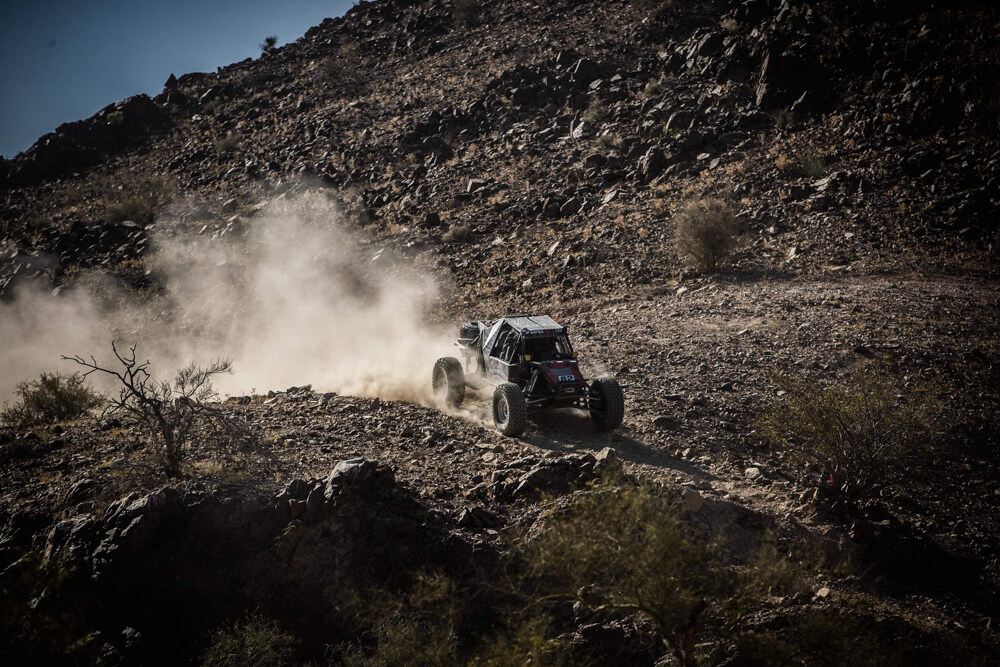 “ULTRA4 Racing is the ultimate display of technology and product performance,” commented Senior Director of Marketing, Ramses Perez. “All race courses are designed to challenge every aspect of the vehicle and after claiming eight of the available nine podiums the last three races, our racers continually prove that King Shocks excel in any condition, in any location.”

Next up for the Western Region will be Sturgis, SD on August 6.

About King Off-Road Shocks
King Shocks is a world-class manufacturer and servicer of custom made adjustable and rebuildable automotive shock absorbers and performance racing products for utility vehicles, OEM replacement and professional racing use. For over twenty years King Shocks has taken pride in putting quality, performance and customer service above all. Every product sold is the result of constant testing and development done with top racers in competition worldwide. This real world testing exposes their designs to a level of abuse and destructive forces that cannot be duplicated in a laboratory. King Shocks, The leader in Off-Road Shock Technology.