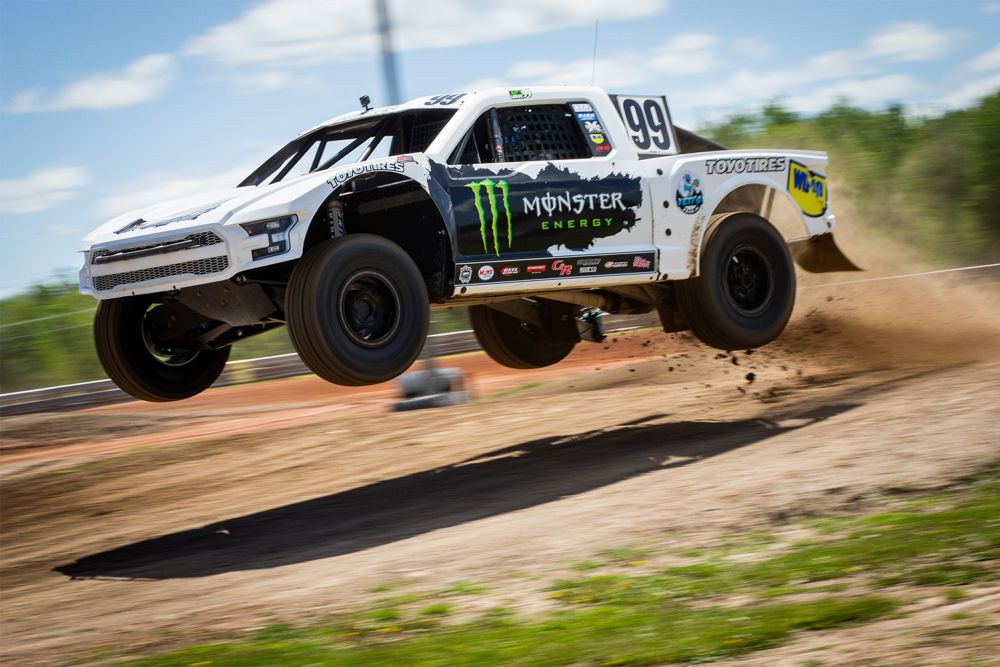 LENA, WISCONSIN – Kyle LeDuc and Toyo Tires® took two short-course victories in the 2022 Championship Off-Road series with back-to-back wins over the weekend at the Dirt City Motorplex. LeDuc, the seven-time Pro 4 champion in the Lucas Oil® Off-Road Racing Series, picked up his first two wins of the year. This is LeDuc’s third win at the Dirt City Motorplex over the last two seasons as he recorded his 110th and 111th career wins with a clean sweep of the weekend.

Located in Lena, WI, the Dirt City Motorplex is one of the most exciting and fast-paced tracks on the COR series circuit. LeDuc and his #99 Monster Energy / Toyo Tires / WD-40 / Ford Raptor Pro 4 Truck dominated the weekend as he relied on Toyo® Open Country C/T® tires to get to the finish line. With just two race weekends left in the COR series, LeDuc looks to carry this momentum to the next race at Bark River International Raceway on August 13-14.

“Today the difference was in the tires!” said Kyle LeDuc. “This dirt was so tough to get grip on, but we had the best tire by far and were able to put it through the paces and pass the entire field to bring home our second win of the weekend. Huge thank you to Toyo Tires and all the people behind the scenes that make these tires the best in the business.”

“It was great to see Kyle take two checkered flags over the weekend and record his first wins in the COR series this year for Toyo Tires,” said Stan Chen, senior manager, events, sponsorships and motorsports, Toyo Tire U.S.A. Corp. “Our Toyo Open Country C/T tires continue to prove themselves on these fast short courses and we look forward to carrying this success to the next race.”