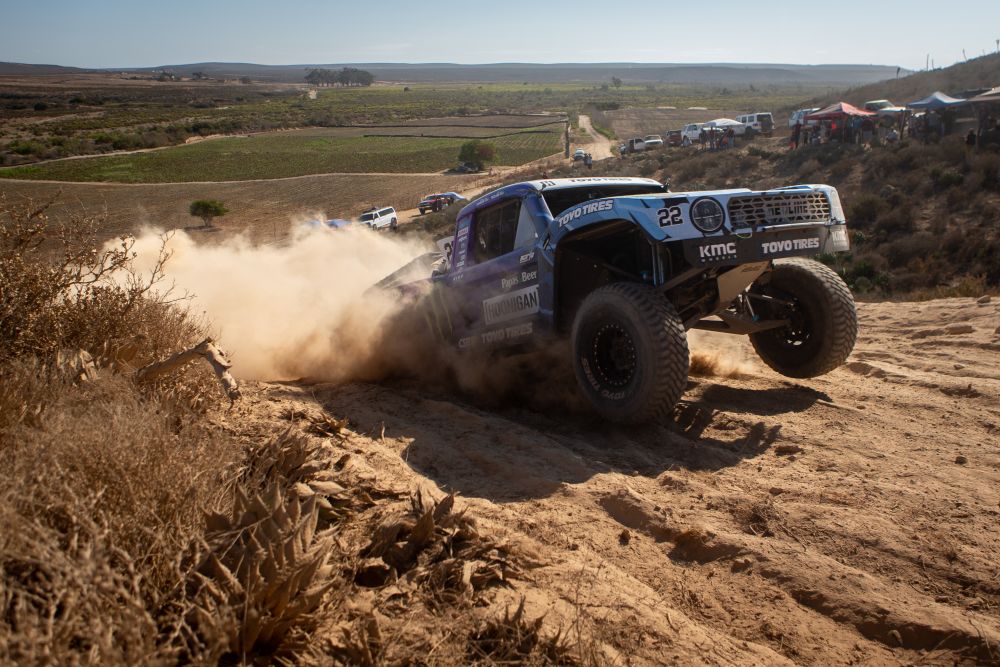 The 2nd Annual SCORE Baja 400, the third of four rounds in the 2021 SCORE World Desert Championship, has a special level of importance in the season. Not only is it a points-paying round, it’s also the event that sets the starting lineup for the season-ending Baja 1000 in November. Monster Energy athletes were up to the task in the penultimate round of the season, bringing home some big finishes and plenty of momentum heading into the finale. 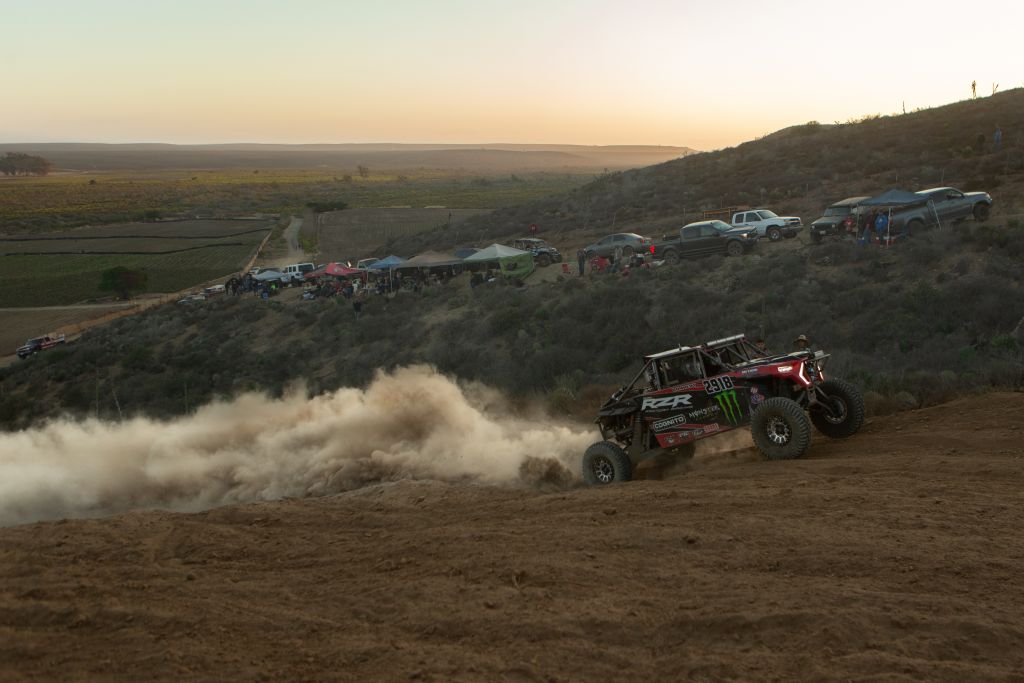 In the Trophy Truck class, Alan Ampudia led the pack with a fourth place overall finish, getting his Trophy Truck through the 400-mile loop in 8:41:54. He was joined in the top 10 by Cameron Steele, who made it to the finish in sixth, and 16-year-old Jax Redline, who finished in 10th. For Ampudia and Redline, the Baja 400 represented their last SCORE race of the season as independent entrants, as they’ll team up with Gymkhana star Ken Block for the Baja 1000. Bobby Pecoy (19th) and Tim Herbst (22nd) completed the finisher list.

“It went well,” Ampudia told SCORE after the race. “I started off ninth, and we just followed Ricky Johnson all the way. We were close to making a pass, but I knew there were a lot of fans along the course, so I didn’t want to risk it, so I fell back in line until he pit and I passed him. Then, we changed a tire in the pits and Ricky got by us again. We followed him all the way back over to the coast. But I’m happy with this finish and for a good start for the SCORE Baja 1000.” 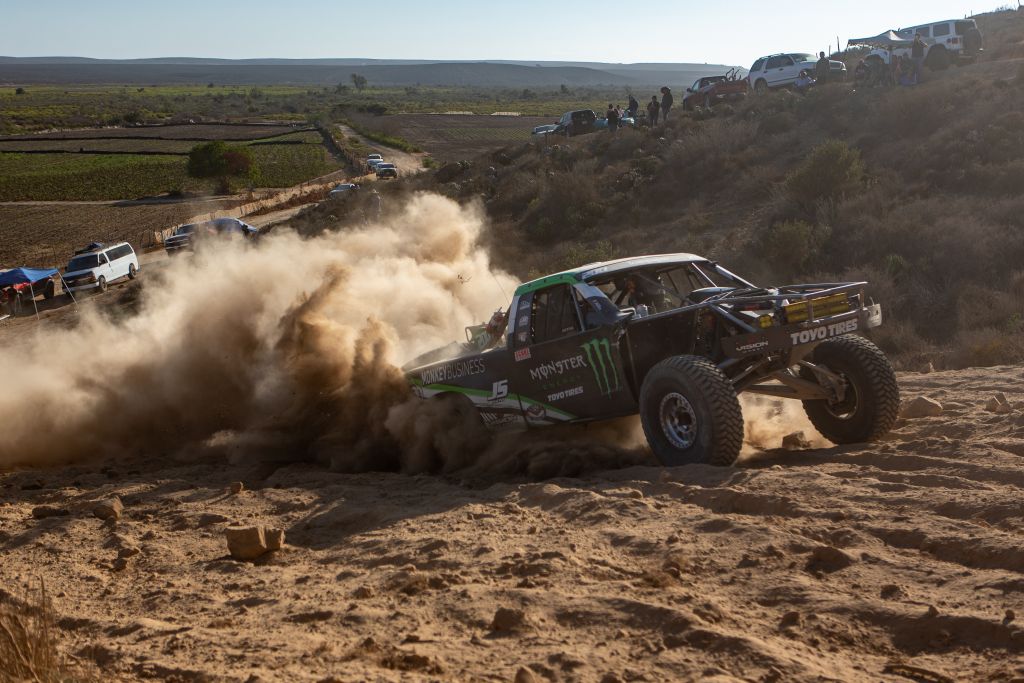 The Trophy Truck Spec class saw Jorge Sampietro go for his second straight Baja 400 victory, in hopes of defending the inaugural win from two years ago. When all was said and done, Sampietro was able to score a top-10 finish in one of the biggest fields of the event. The Ensenada native’s time of 9:59:37 was good enough for eighth place, while Pierce Herbst added a 19th place finish in a challenging event.

Two Monster athletes scored podium finishes in the premier Pro UTV class, with Phil Blurton and Justin Lambert placing second and third in the Forced Induction division. For Blurton, it was his second straight runner-up result and third top five finish in three tries in his rookie SCORE season, setting him up for a chance at a title with a strong result at the Baja 1000. Lambert knows well what it takes to win that event, having conquered it two years ago. 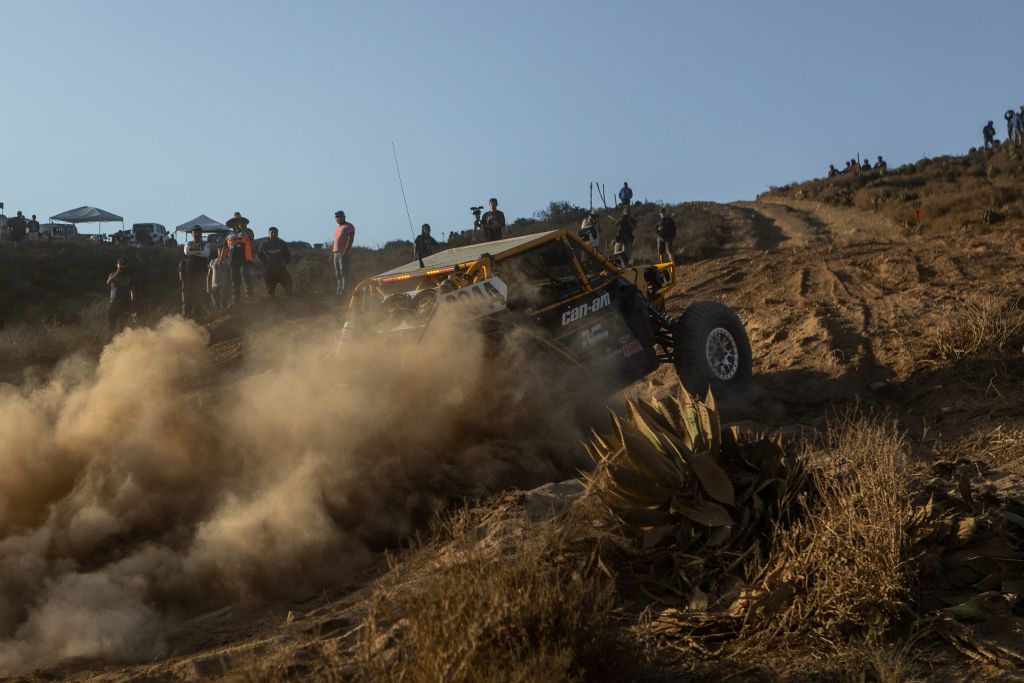 “It was a fairly uneventful day,” said Blurton. “Just a couple fuel stops, and no flat tires. We started in the back and worked our way towards the front, just not all the way. The course was rough. We got stuck in the dust a lot. I want to thank my dad, my crew, Can-Am, BFGoodrich, Monster Energy, and Vision Wheel. This is our first year with SCORE, and now that we’ve done the whole series, we’re looking forward to the SCORE Baja 1000.”

“I gave it to Victor (Herrera) in fifth place and it looks like he brought it back in third place,” said Lambert. “It’s 100 miles shorter than the SCORE Baja 500, but they sure made up for it with the terrain. We had a belt issue, an axle problem, a tire and a wheel, and got stuck in a log jam around race mile 205, but still made it back in third. I want to thank everybody at Monster Energy, Cognito Motorsports, and Polaris—we have one of the best cars out there.  We are going to prep for the SCORE Baja 1000.” 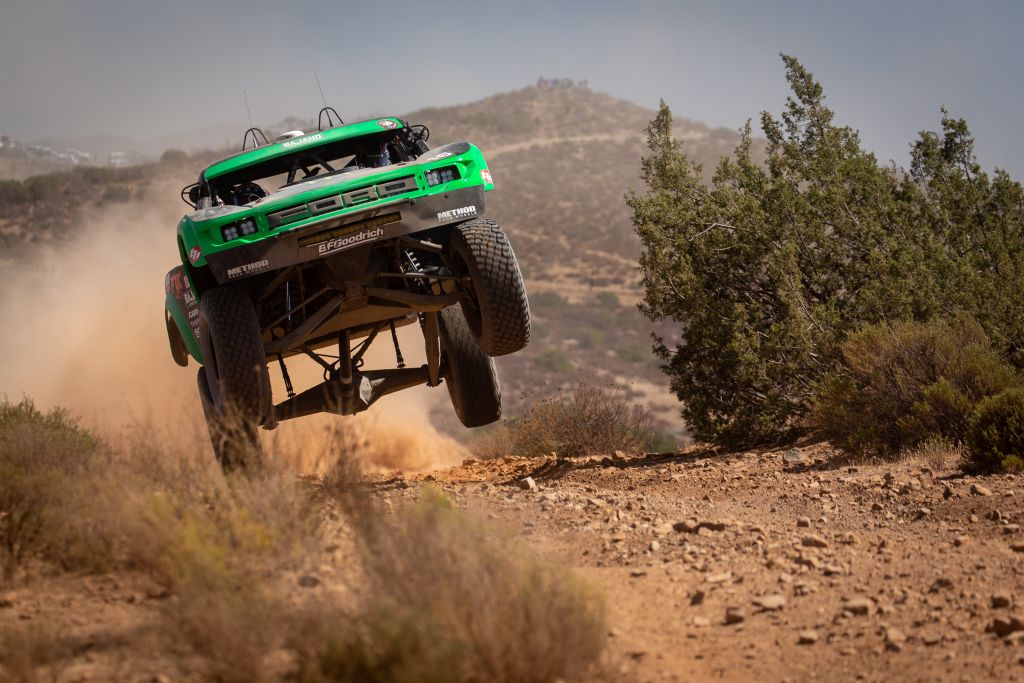 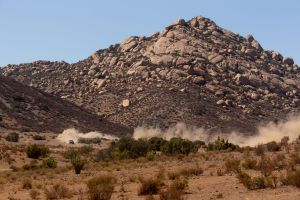 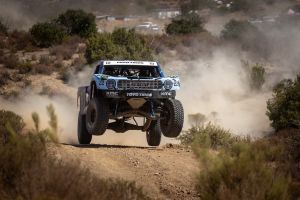 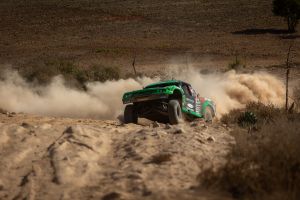 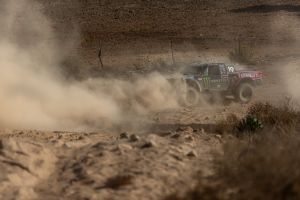 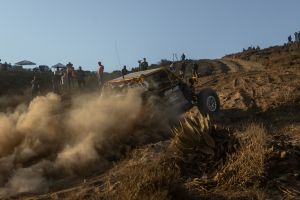 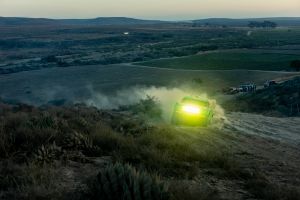 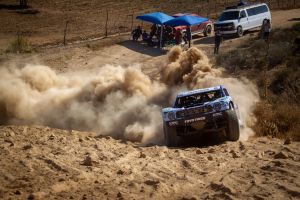