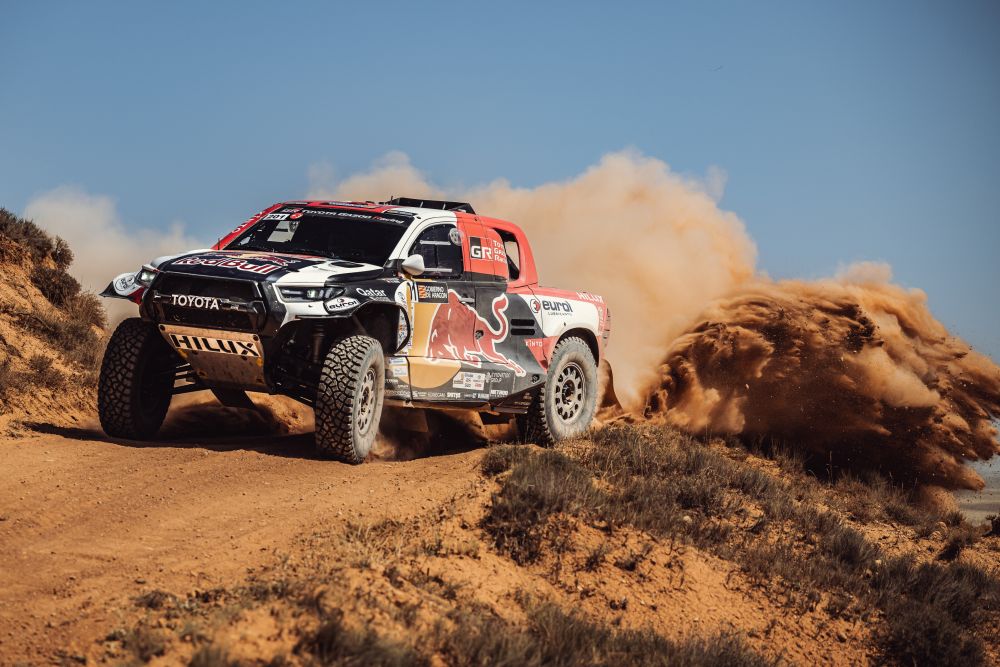 A fiercely fought 38th edition of the Baja España Aragón ended with a familiar face on top of the podium as Nasser Al-Attiyah (QAT) claimed his fifth title at the event. Elsewhere in the convoy, local favourites Dani Sordo (ESP) and Cristina Gutiérrez (ESP) impressed the crowd by parking their T3 machines inside the overall Top 10.

In the T1 car category it was another display of speed and style from reigning Dakar Rally champion Al-Attiyah. Along with co-driver Mathieu Baumel (FRA), Al-Attiyah took his Toyota GR DKR Hilux to victory on the opening two stages in Spain. While in control of the general classification, Al-Attiyah and Baumel scored a podium finish on the third and final stage on Sunday to wrap up their latest win at this race.

“It was not easy to win, we had to work hard. The road was not easy and the level we needed to be at here was very high.” – Nasser Al-Attiyah

WRC stalwart Dani Sordo continued his rapid rally-raid education in his native Spain. Racing a Can-Am Maverick X3 as part of Al-Attiyah’s T3 category team, Sordo was on the pace all weekend. The Spaniard set the fastest time of all the 36 T3 machines entered into the race during Saturday’s second stage. Alongside co-driver Candido Carrera (ESP), Sordo finished second overall in the T3 category and eighth in the combined standings with the T1 cars.

“We are happy with the experience we’ve gained in this discipline and to have ran this legendary race.” – Dani Sordo 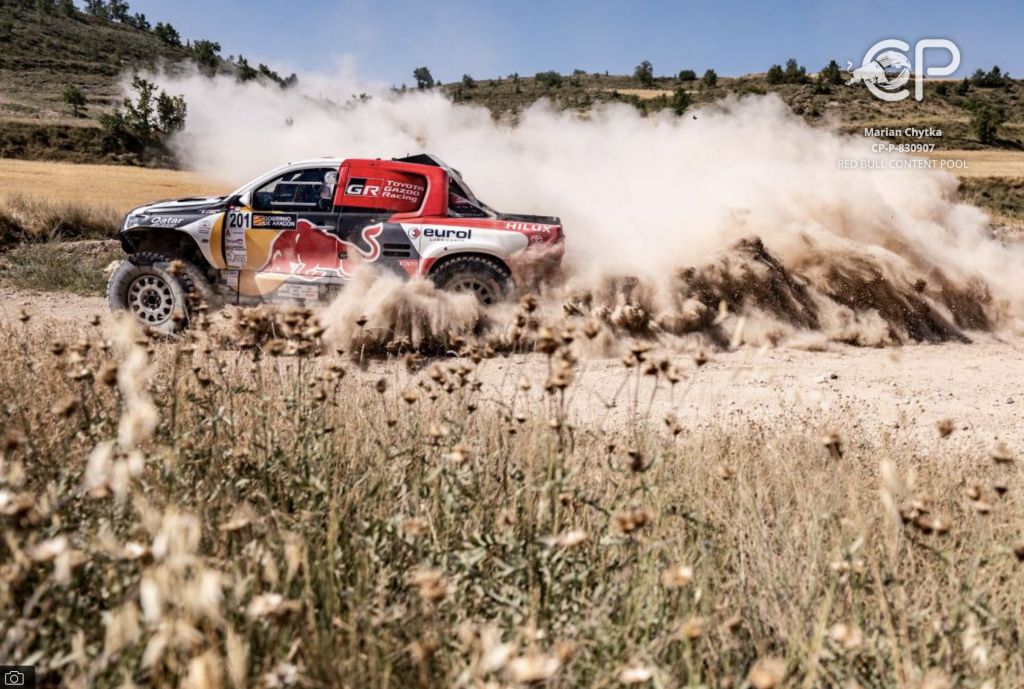 Finishing one place behind Sordo in the T3 rankings – and as 10th fastest overall – was fellow Spaniard Cristina Gutiérrez. Back alongside co-driver Pablo Moreno (ESP) there was a weekend of progression in the OT3 which ended with third place overall in the T3. It’s yet another podium result for Gutiérrez as she continues to build on last year’s FIA World Cup for the Cross-Country Rallies title.

“It has been a very nice weekend. I celebrated my birthday while racing and getting P3 in T3 and P10 of the overall. We always felt very comfortable and with a good rhythm.” – Cristina Gutiérrez

There was a very strong finish to the weekend for Guillaume De Mevius (BEL) and co-driver François Cazalet (FRA) in their own OT3. A T3 stage win on the third and final stage in Spain also placed them fifth overall for that section of the race.

Catie Munnings (GBR) also saved the best for last as she and co-driver Szymon Gospodarczyk (POL) finished P5 in the T4 category on Sunday’s ultimate stage in Spain. The result saw Munnings finish seventh in the T4 standings at only her second cross-country rally.

“The dust was real today and we were slowed from low visibility from the cars ahead, but it was a lot more enjoyable to be able to push more on most parts.” – Catie Munnings