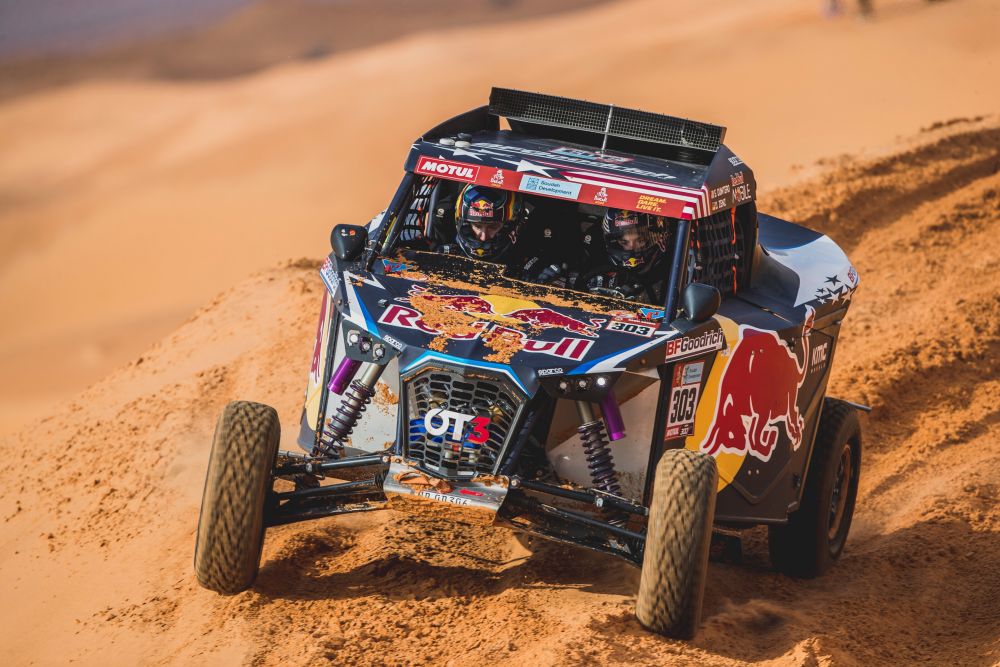 Seth Quintero: “Stage 1 went really well. My mindset coming into this race was to go slow in the slow and go fast in the fast. That’s exactly what we’ve been doing. Getting to the refuel I think we had about an eight or nine minute lead so that was amazing. Then unfortunately with about 60km to go we got lost for about 15 minutes. The day could have gone better, but it also could have been much worse.”

“We’re the first in our category to arrive and I think we placed pretty well overall. The navigation was super tough today but my co-pilot Dennis absolutely killed it. We had an amazing time out there and hopefully we can keep this streak going. I’m trying my best to be a quick learner, I think being young helps.”

Cristina Gutiérrez: “The first part of the stage was very nice. I think we were in second place. But then just after the refuelling we could not change direction. We stopped and found that we had broken the shaft of the steering wheel. We did the repair and we lost more or less 20 minutes.”

“The navigation was very hard. All the people got lost, everyone turning around, a lot of tracks. It was impossible not to lose more time there. Finally we could reach the finish of the stage. We lost some time today but we have lots of days to try and recover this time.”