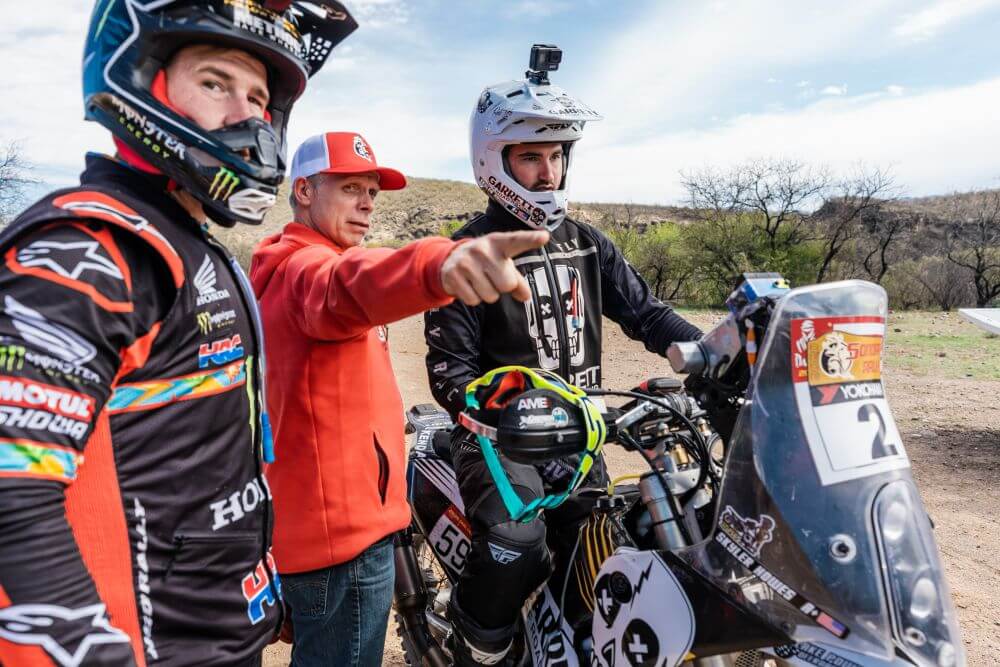 This Year the Roster Will Shimmer with Motorsports Stars…

The pandemic has closed doors on a lot of international rally enthusiasts over the past calendar year. And although many friends will be missed at the 7th annual Yokohama Sonora Rally, the event may not lose much of its brilliance. With a competitor roster sure to glimmer in the Mexican sunlight, this coming week is set to offer more than its customary epic battles in the Mexican state just South of Arizona. Two legends, a few fan favorites and Baja royalty are pulling up to the starting line in San Luis Rio Colorado May 10th and pointing their tires towards the history books. 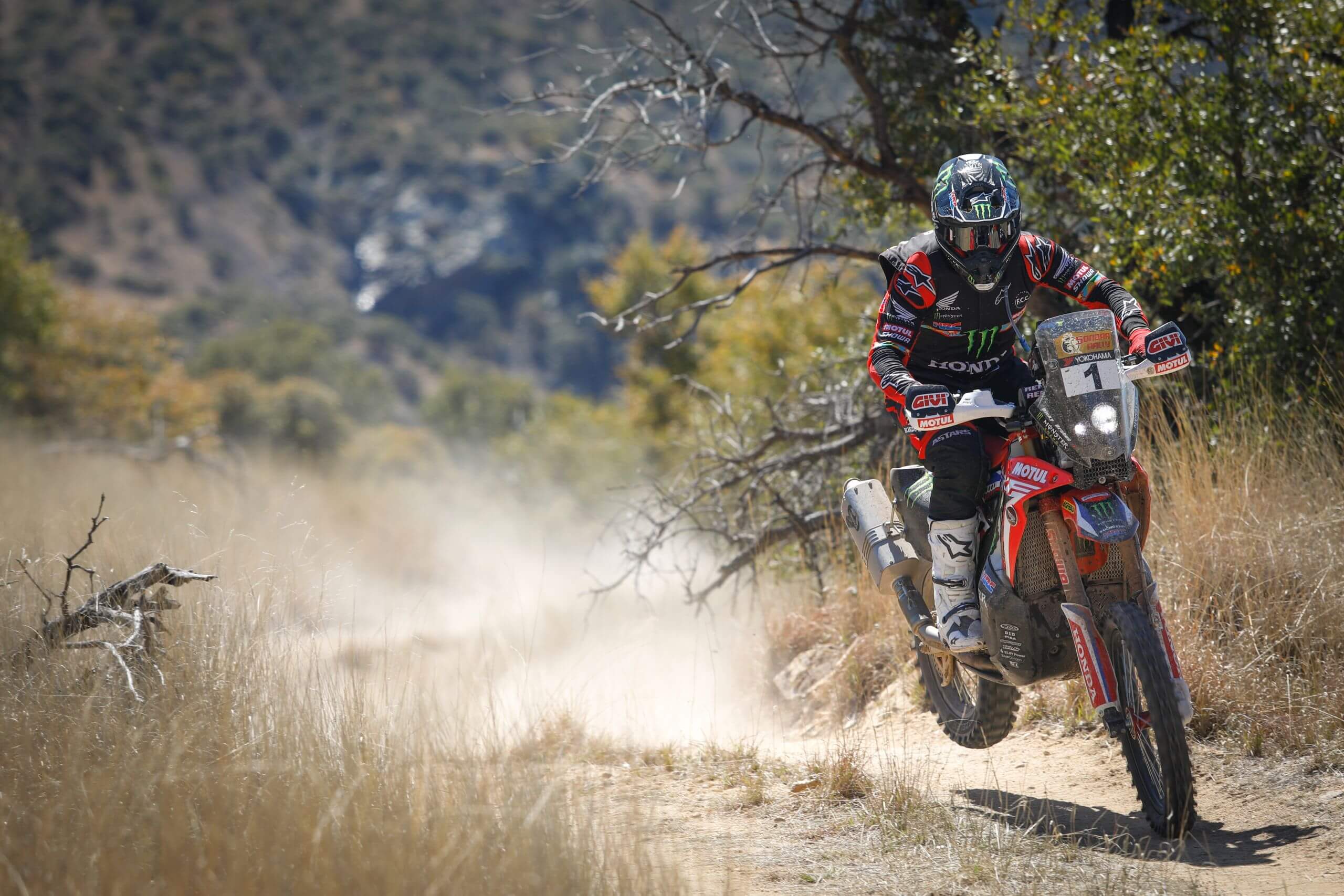 Leading the pack of factory athletes are two understated legends, made on the top step of Dakar Rally’s podium in 2020. Underrated in their hometowns, but heroes overseas, Ricky Brabec [#1] in Motos and Casey Currie with co-Driver Sean Berriman [#51] in UTVs changed the fate – and reputation – of America by winning the world’s most infamous off-road race. Something never achieved by their fellow countrymen to date. Brabec is back to defend his Sonoran crown, fresh off his most recent trip to Saudi Arabia, with mentor (and SCORE giant) Johnny Campbell at his side. Representing Monster Energy Honda Racing, he’ll be joined by his Chilean comrade Jose Ignacio “Nacho” Cornejo [#4] – but more on him later. Currie, however, skipped the Middle East this year to make a bold career move across the Canadian border from Can-Am and into Minnesota to drive for rally raid’s only OEM team in the United States: Polaris RZR. As both pilots have been training with, if not participating in, the Sonora Rally since they first started decoding roadbooks, it’s hard for everyone involved not to glow with pride. 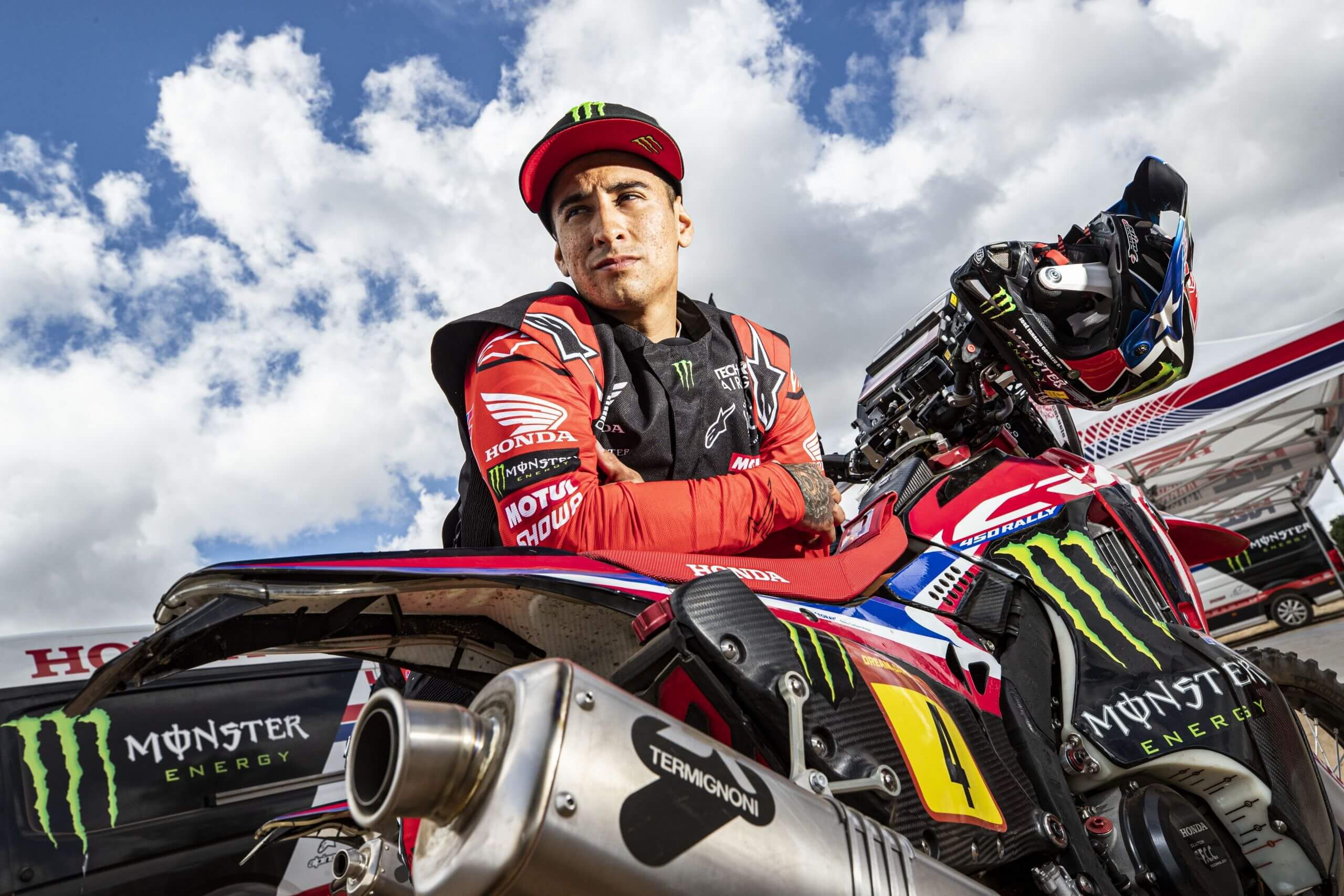 And luckily, that isn’t all the organizers and fans can be proud of. For one, it’s not uncommon practice for the US rally competitors to make an appearance at this competition, or even at the classes. Supercross star Andrew Short [#3] had spent plenty of time in Sonora as he sharpened his skills for a transition into off-road navigation. Initially as a Rockstar Energy rider, he developed a reputation for consistency, rarely seen outside of the Top Ten or Top Five on International tours. He even won the Morocco Rally, took 2nd at Silk Way and finished another Dakar among the upperclassmen before a big wardrobe change from black, white with a star on his chest to sky blues and claw marks on his helmet. Presently with Monster Energy Yamaha Racing, Short is returning with his peers to put on a good show! 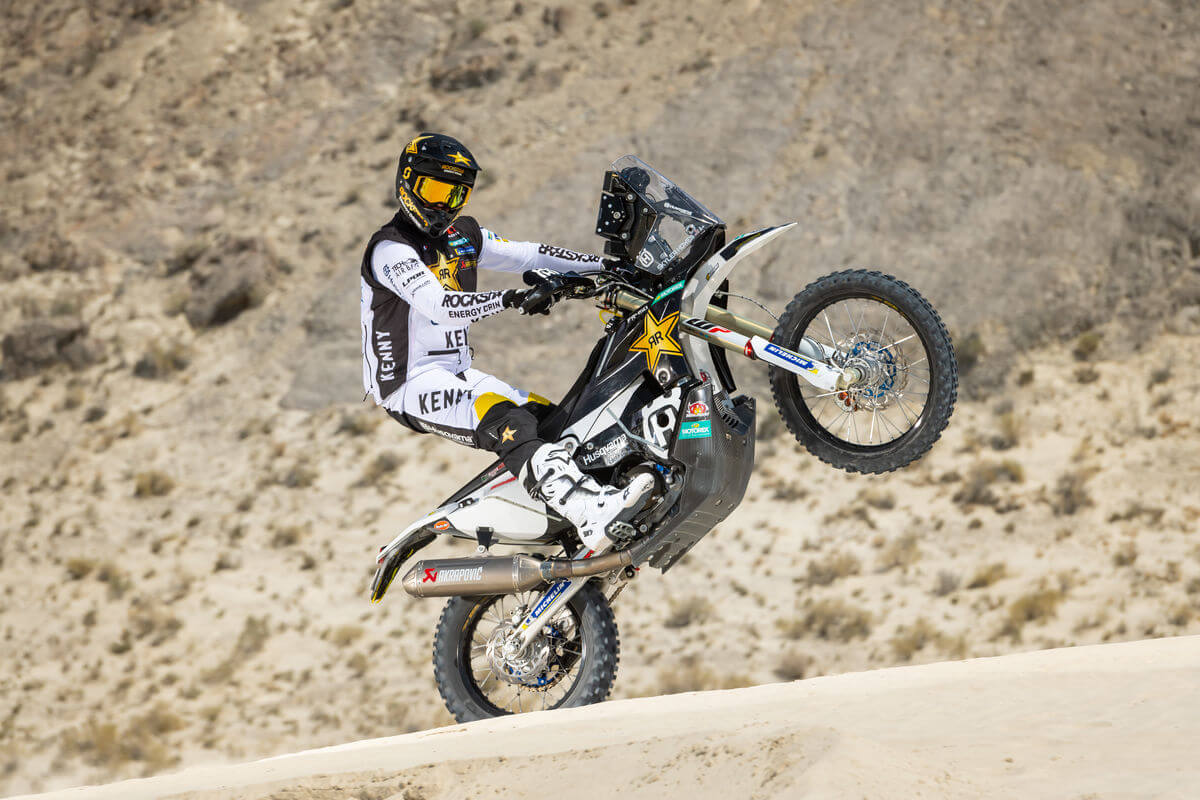 Despite losing talent like Andrew, Rockstar Energy Husqvarna are still planning to bring their A-game, (finally) picking up one of North America’s hardest working grassroots racers: Skyler Howes [#2]. After winning his inaugural Sonora Rally, Howes has been pushing himself to the limits to validate his skill, perseverance and exceptional work ethic to anyone willing to take notice. His colleagues, fans and friends alike have known this BIG fish has outgrown his little pond for far too long. And it was a collective sigh of relief to hear, after two fantastic privateer finishes at Dakar – 9th in 2020 and 5th in 2021, Sky Guy has put on his own superhero costume to go head-to-head with many adversaries in the FIM (Fédération Internationale de Motocyclisme). And his first heat wearing the star will be across the Altar Desert. 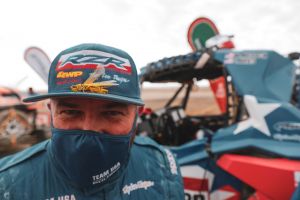 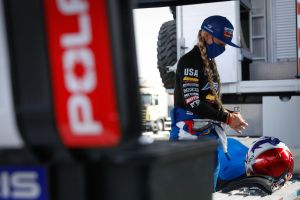 Kristen [#55] and Wayne [#54] Matlock aren’t strangers to this region either. They drove across this ocean of sand while prepping for a rally raid premiere in Saudi. Their navigators, Sam Hayes and four-time Baja 1000 victor turned UTV rally contender Max Eddy Jr., honed their abilities in North America’s largest dunes, digging through world class roadbooks designed by Sonora Rally’s founder, Darren Skilton. It was a crucial confidence builder for the promising team to unveil their efforts as the only US Factory lineup among FIA and FIM giants. And they held their own. Dubbed Desert Racing royalty, the Matlocks broke into the nav. scene at the top level, running their first [again, first] roadbook race at the 2021 Dakar Rally. Now with this endeavor behind them, Kristen is heading south of the border ready to show that her skills transcend all types of motorsport. And while Wayne finished Dakar in a respectable position, he’s prepared to push his car to the highest step in Mexico.

The whole team will be back together… Sort of. Yes, Eddy Jr. [#57] will slide into a race suit again May 9th – 14th, but instead, he’ll take the helm of a single-seat RZR which he will drive and maintain in the paddock (an impressive solo effort) throughout the Sonora Rally. He’ll be out there to prove his worth is just as valuable, and thensome, at the wheel as it is behind handlebars or buried in French hieroglyphs. The couple will have to tip their hats to him from the other side of the cage on the course. It seems Polaris RZR is arriving in Sonora in full force because not only are they bringing the Matlocks, Currie, and supporting Eddy, but they’ve tapped Sara Price [#52] to try and better her 2nd Place finish at the 6th iteration of this event. Four factory pilots, and two of them also represent the toughest of the “fairer” sex in off-road motorsports, Polaris is pulling out all the stops! 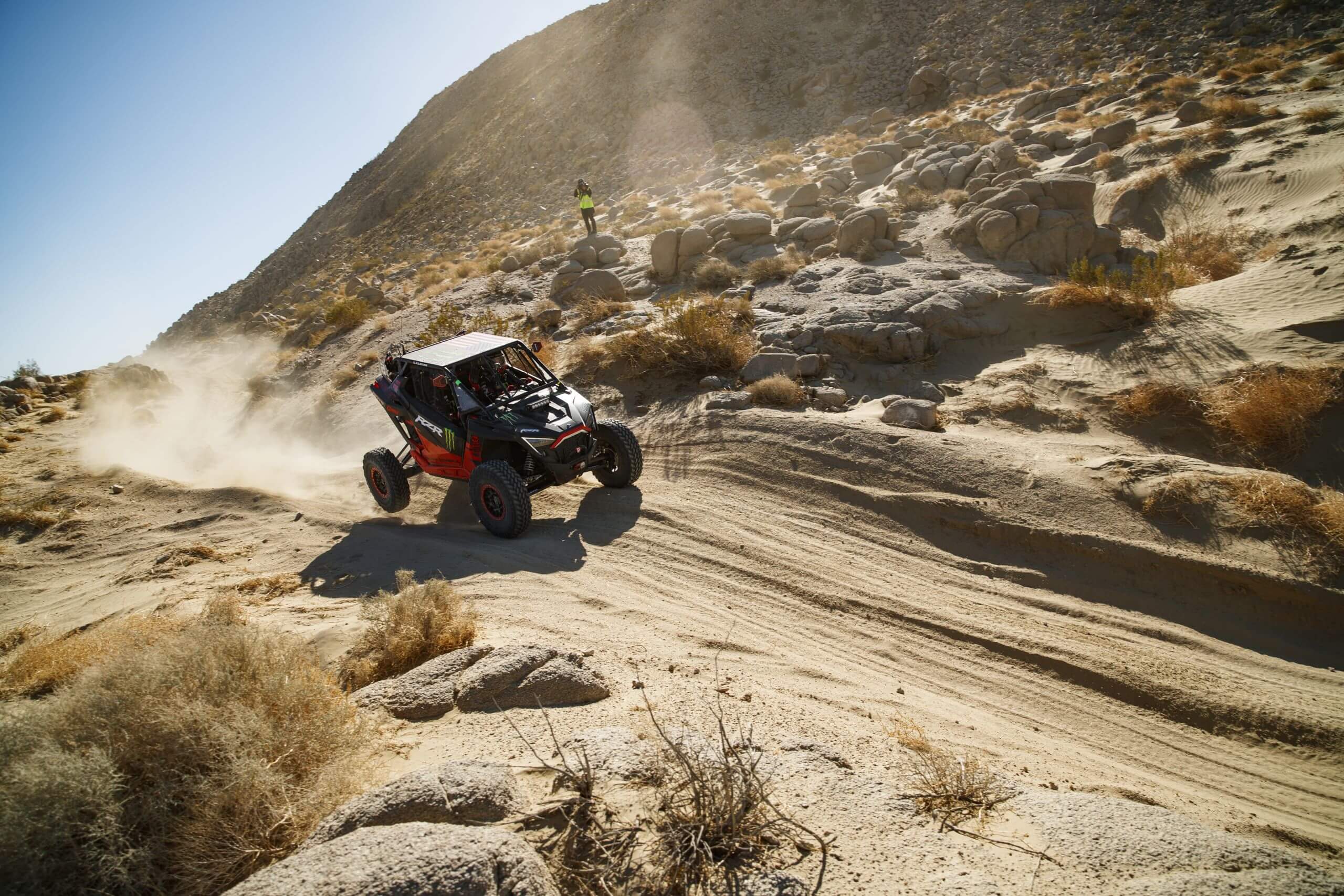 Adding zest to this already spicy stew, ICO Racing has offered teams the opportunity to utilize their innovative, purpose-built digital roadbooks, which have been in on-going testing since 2019. Their intention with creating this technology seems to be leveling the playing field while offering participants and organizers efficient means of initiating, editing and verifying data for the day’s route. The language and notation remain the same, but delivery of the roadbooks right before each stage could be handled in a smaller window, giving more prestigious teams less time to use their resources to find their pilots shortcuts and other such advantages. “Map Men” – who, in layman’s terms, are tasked to survey the regions as the event moves onward – have been a topic of contention for years. And it’s this invention, the road-tablet of sorts, which might put them out of business. Some are hip to it, while others are apprehensive. But we’ll never know their true significance until the motorsports community puts the products to the test. 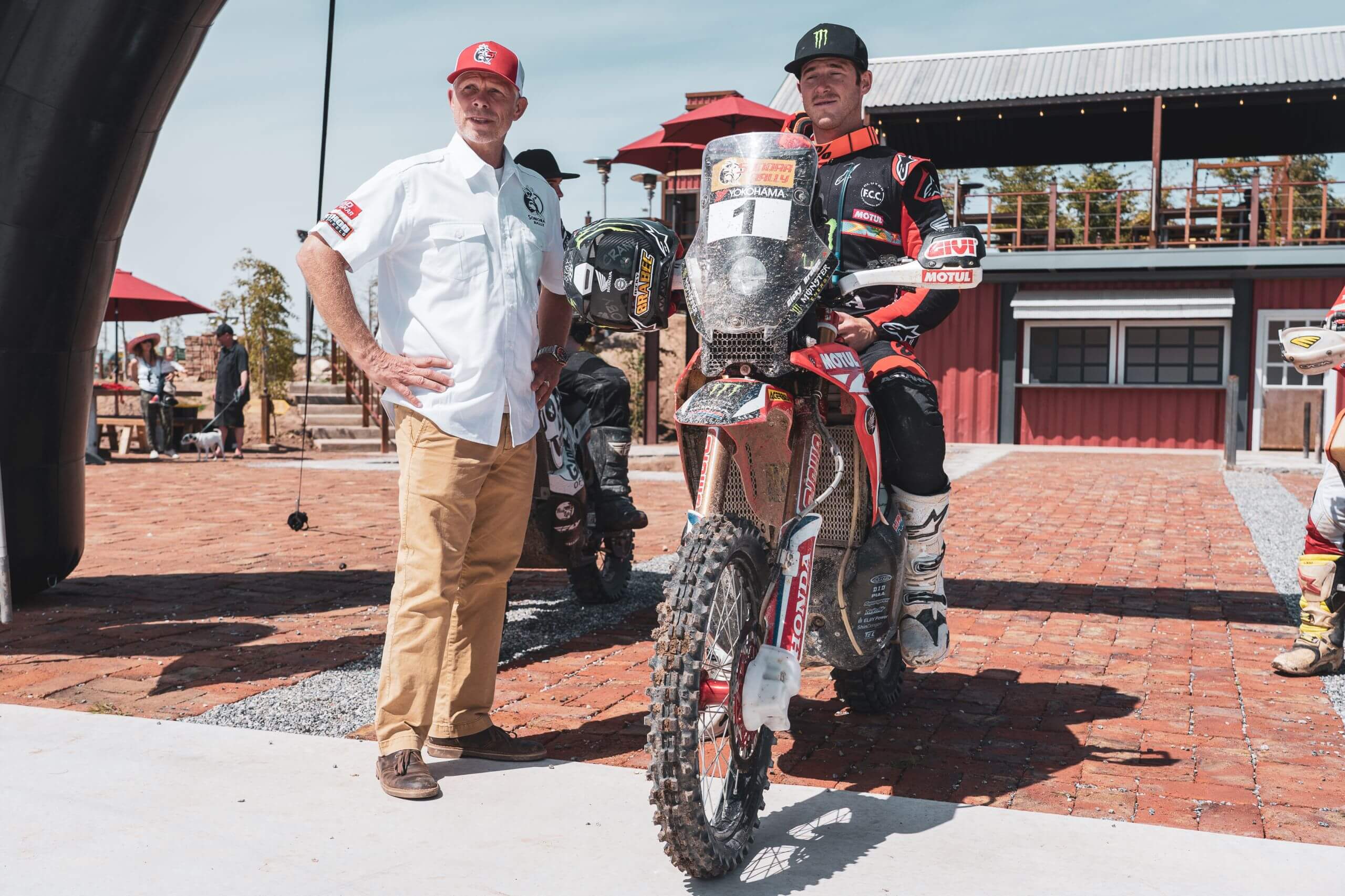 Can’t quite say “we saved the best for last” because it’s too hard to say which competitor will bring more excitement, substance and attention with them to the rally. But we did want to serve up the most unique dish for the main course. As if having eight Factory pros among the classes isn’t enough. This race will mark the first time the rally welcomes an international athlete who is currently challenging the global circuit. Nacho Cornejo had seemed primed to leave the 2021 Dakar Rally victorious, but as fate would have it, his HRC teammate would take his place – this time. So, picking himself back up again like a true rally warrior, he’s traveling to Mexico to begin another quest for glory and circumnavigate his way to the Dakar podium next January. Whatever happens after the final proverbial checkered flag is waved in San Luis Rio Colorado. Whomever wins, loses or just reaches Time and Scoring… History will be made.

Thompson, Letner Team Up For Second Straight Win to Kick off 2021 at Silver State 300 Previous post
Beyond the Dirt: Casey Currie Sonora Rally Next post