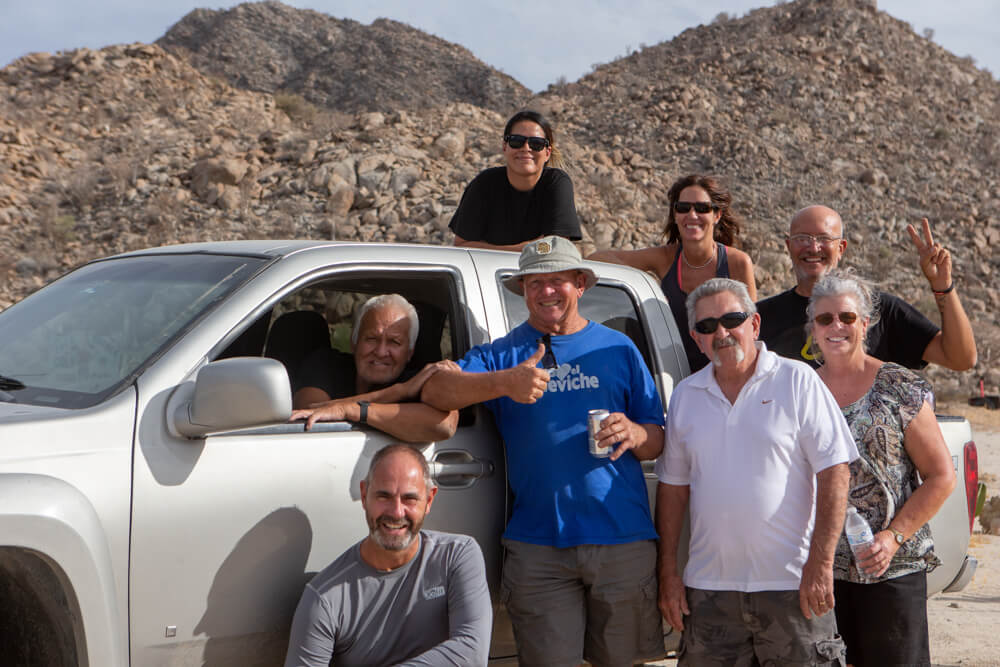 A New Truck for Coco

Known to many globe travelers looking for adventure, especially off-roaders, Coco’s Corner is one of the most infamous crossroads in Northern Baja.  Its contributions to off-road race courses are paramount, connecting the better known San Felipe to the lesser known Laguna Chapala. Coco, the 80+ year old gatekeeper and man with legendary notoriety, lives a simple but challenging life after losing both of his legs due to complications of diabetes.   Beer canned fences and sun beaten artifacts line the property and those who’ve know, Coco welcomes all people with a notebook and home filled with a lifetime of names, stories and birthplaces from all over the earth, and of course a cold beer.

Back in August, off-road enthusiast Larry Smith created a GoFundMe page to raise funds to buy Coco with a new truck after he had a life treating event. Larry posted:

“Recently (Baja legend) Coco’s truck transmission gave out causing him to crawl on his hands and stumps back about 1.5 miles to his house. Luckily my wife and I happened by the next AM and helped him tow his truck back to his house before it got stripped and burned, which happens quickly to abandoned vehicles. He has no phone or other means of communication at his house. Knowing he needed a transmission, a group of us went to his place with a truck and car hauler. We checked out the truck and found numerous other problems present or waiting to happen. We had a mechanic in the group to help with the assessment and it was clear that this truck was beyond repair.”

The off-road community rapidly spread the word and one by one the donations started rolling in.  The goal was to raise $10,000.00 for a suitable truck for the legendary Baja personality.  Brands like DirtCo. also contributed by selling a unique Coco’s Corner shirts which part of the profits went straight to the GoFundMe money fundraising.  Dirt Co. sold 402 shirts, totaling their contribution to $4,020.00.

The goal was reached and this past Thursday we went to Coco’s Corner with Larry to bring the surprise to Coco, who had no any clue this was in the works.

“We have a surprise for you, Coco,” said Larry as he handed the keys and explained the deal to Coco.

“I don’t believe it,” Coco replied.  “I had a terrible time crawling when my truck broke. You guys bought a car for me!?  I don’t know what to say besides thank you. Thank you so much to all of you who came and everyone who helped with some donations. Thank you, thank you,” as tears of joy fell beneath his eyes.

The Chevy Canyon Larry bought in Mexicali was ready with Baja plates and correct paperwork so Coco didn’t have to worry about any unnecessary trips to the Mexican DMV offices.  It’s worth adding that the truck had some modifications for Coco’s disability and after a small fix requested by Coco himself, he took the truck for a spin with a huge smile on his face. “I will keep this under 40mph!” Coco joked.

What a great community of off-roaders we have. We wish him the best!