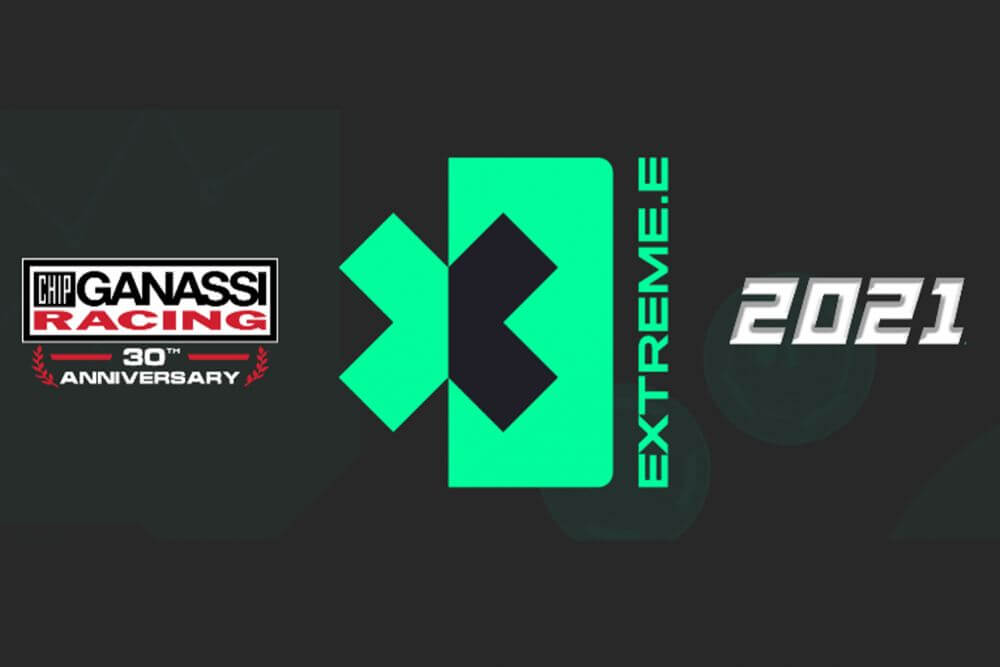 Extreme E, a radical new competition, will see Price and a to be determined male co-driver wrangle a 550-horsepower, electric SUV in extreme environments around the world that have been damaged or affected by climate and environmental issues.

Price, a 27-year-old Californian who started her career on dirt bikes at just eight years old, is a 19-time national champion who became the first factory-supported female under Kawasaki in history. Prior to making the switch to four-wheeled racing in 2012, she also medaled in Women’s Super X at the 2010 X Games, and holds the record as the winningest female amateur to date. She currently competes in Off road Desert racing in a Trophy Truck, and works as a stunt professional, performing on motorcycles and in vehicles, and as a precision driver for television and film.

About Sara Price:  Price became the first-ever woman to win the SCORE International Trophy Truck Spec. championship in 2019, the first-ever woman to IronWoman the TT Spec class and finish, and the first-ever woman to finish second in the overall SCORE International Championship. She was named the Off-Road Motorsports Hall of Fame Rising Star in 2016, and drove six races in Stadium SUPER Truck Series, becoming the first woman ever to lead laps in that championship. 2012 marked her switch to four wheels as she started racing UTVs where she campaigned the WORCS series, Lucas Oil Regional Series, and was part of the first American UTV team to compete in the all-female Rally Aicha Des Gazelles in Morocco, Africa. Prior to that she went on to finish the Terracross Championship undefeated to take the Women’s Championship that same year.

The Drivers – Both Male and Female:  Marking a world first in motor racing, Extreme E will see team’s field both a male and female driver in its races – promoting gender equality and a level playing field amongst competitors. Teams will be composed of a male and a female driver, competing together in every two-lap race as driver and co-driver. Each will complete one lap behind the wheel of the ODYSSEY 21 electric-SUV, with a changeover incorporated into the race format.

CGR Making History: While celebrating its 30th Anniversary in 2020, Chip Ganassi Racing has compiled historic victories in some of the most iconic races around the globe. CGR has claimed eight wins in the Rolex 24 At Daytona, four Indianapolis 500s, the Daytona 500, the Brickyard 400, the 12 Hours of Sebring and the 24 Hours of Le Mans, making Team Owner Chip Ganassi the only owner in history to score wins in those iconic races. In total, CGR has now tallied 19 series championships and more than 220 race victories.

Sara Price, Driver, Chip Ganassi Racing: “This is a tremendous opportunity for me and something I’ve been working my whole career for. When you think of the name Chip Ganassi, you immediately think about winning. It’s a team I’ve long admired whether it be in INDYCAR, NASCAR, sports cars or rallycross. Chip’s teams define winning. As a racer, that’s the type of owner you want to race for. He’s a former driver and I’m honored to represent the team while also becoming the first female driver for CGR and Extreme E. The 2021 season seems far away but there is much to be done to get ready in a new form of racing and for the challenges the series presents. It’s a very exciting time not only for myself, but for this championship and the climate and environmental issues it intends to bring attention to.”

Alejandro Agag, Founder and CEO, Extreme E: “We’re thrilled to welcome Sara Price to Extreme E. As a driver she has already achieved so much and with the support of an incredible team like Chip Ganassi Racing, I’m sure she will be a force to be reckoned with behind the wheel. This is a great milestone as Extreme E now has its first confirmed driver. Chip Ganassi Racing has certainly set the bar high with Sara and we look forward to welcoming the rest of our competitor field over the coming weeks.”

Mike Hull, Managing Director, Chip Ganassi Racing: “Today’s announcement of Sara Price as a Chip Ganassi Racing driver is significant. Yes, she is a female, but first, Sara is an accomplished race driver. She has proven herself in the all-terrain arena on two and four wheels from a young age. Her next step represents her craft globally with several firsts. She makes Chip Ganassi Racing the first to unveil an Extreme E driver; the first female in the series; and, the first female driver in our team’s 30-year history. The series promotes a world’s-first gender equality platform. The teams will each have a male driver counterpart who swaps the driving chore in the same race car ‘at the turn’ by driving head-to-head in multiple heat races to get into the final. Our drivers will unselfishly share in support of each other to get it done on-track and off-track. Equal teammates have always defined Chip Ganassi Racing’s culture. Extreme E is about innovation through engagement. Its message to preserve the environment and protect the planet will create social awareness. To be a part of what the future holds in partnership is a very positive step. Our entire team is excited to have such a quality person in Sara to help stimulate team growth.”

Chip Ganassi has been a fixture in the auto racing industry for over 30 years and is considered one of the most successful as well as innovative owners the sport has anywhere in the world. Today his teams include three cars in the NTT INDYCAR SERIES and two cars in the NASCAR Cup Series. Overall, his teams have 19 championships and more than 220 victories, including four Indianapolis 500s, a Daytona 500, a Brickyard 400, eight Rolex 24 At Daytonas, the 12 Hours of Sebring and 24 Hours of Le Mans. Ganassi boasts state-of-the-art race shop facilities in Indianapolis, and Concord, N.C., with a corporate office in Pittsburgh.