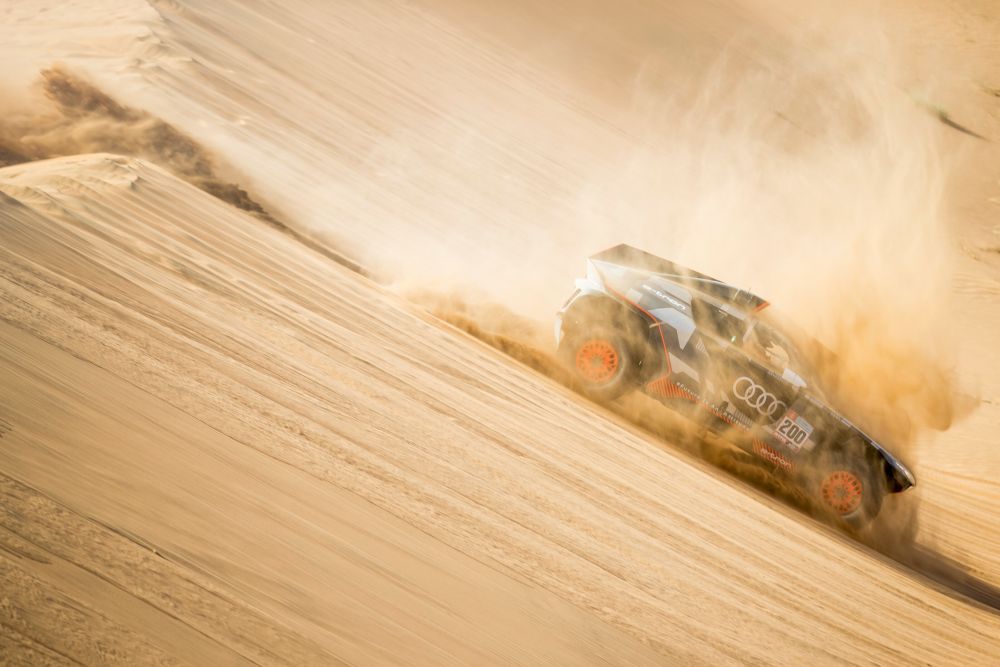 Bisha, Saudi Arabia
Stage 11 of the 2022 Dakar Rally took the convoy of remaining competitors on a 345km loop around the Bisha bivouac. As is traditional, the penultimate stage represented a last chance to really shake up the leaderboards. While most leading contenders got their tactics right, others paid a big price for underestimating the desert.

The intense highs and lows of the Dakar were exemplified over the past 24 hours by reigning bike race champion Kevin Benavides (ARG). The Red Bull KTM Factory Racing rider will not be successfully defending his title due to a mechanical issue on yesterday’s stage. However, Benavides did rejoin the rally on Stage 11 and set the day’s fastest time. 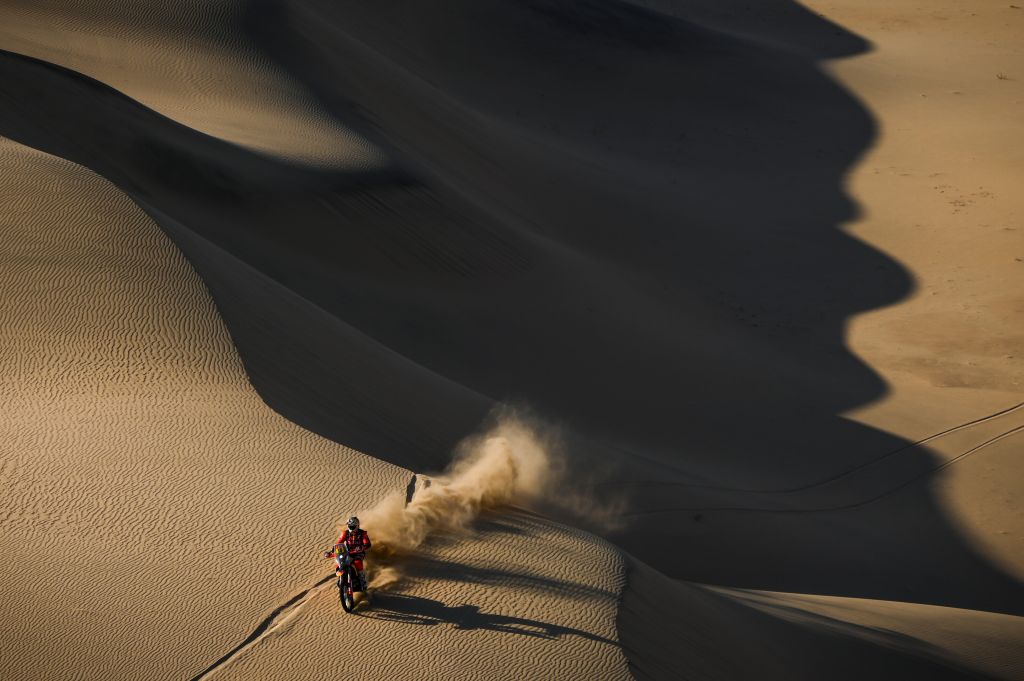 “Today I took the victory on the most difficult stage of the rally, but because of my problem yesterday it doesn’t help me with the overall. Without the issue on yesterday’s stage, today I would have been fighting for the overall win. It’s a tough situation.” – Kevin Benavides

The current leader of the bike contest is Sam Sunderland (GBR) after he took back top spot on Stage 11. If the GasGas Factory rider can hold his position on tomorrow’s final stage, he’ll be the first rider to win the Dakar bike race with two different brands since the legendary Richard Sainct (FRA) did it two decades ago.

“We were expecting a difficult stage today and that’s what we got. My focus was on pushing all day and I could feel myself making up time in the dunes. This race is not done until you cross that chequered flag on the last day so tomorrow I’ll just do my best again.” – Sam Sunderland

Among those looking to keep the pressure on Sunderland all the way to the finish line in Jeddah is Matthias Walkner (AUT). The leading Red Bull KTM Factory Racing biker at this Dakar can give the Austrian manufacture their first win since the rally moved to Saudi Arabia.

Over in the Rally2 bike race Camille Chapelière (FRA) is on for a podium finish. After another brave ride today, the Frenchman is second overall in the Rally2 standings.

“I had problems with a lack of oil in my engine. During the last 100km I really thought that the engine was going to break, but no. I’m at the finish line again.” – Camille Chapelière 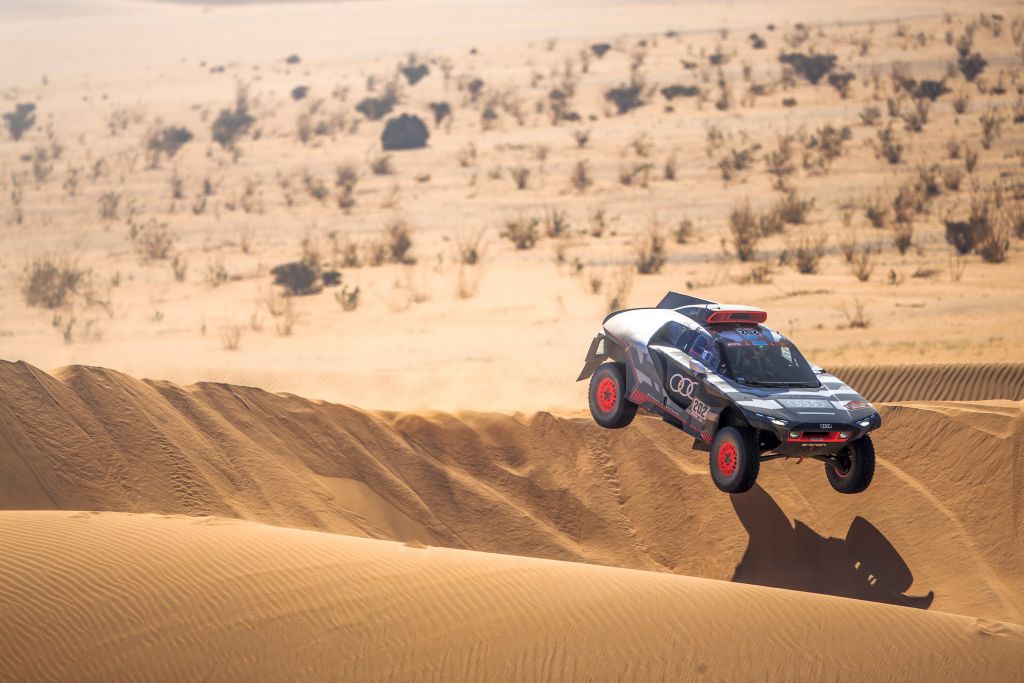 A superb second week for Audi Sport continued with a third stage win in four days as Carlos Sainz (ESP) set the fastest time in the car category. It’s a 41st Dakar stage win for El Matador and a fourth for the Audi RS Q e-tron on its debut appearance at the world’s toughest rally.

“It was a difficult stage with quite a bit of dust. We had dunes and camel grass. It was the most complete stage we have had so far. I was happy with how we managed the stage.” – Carlos Sainz

Sainz is a three-time Dakar winner and so is Nasser Al-Attiyah (QAT). However, it’s looking increasingly likely that tomorrow will see Al-Attiyah lift his fourth Dakar trophy. Toyota Gazoo Racing’s lead driver takes a cushion of over half an hour into this Dakar’s final stage.

“Every day my team gives me a good car and we have confidence in each other to finish the job. To control the Dakar is not easy and we are using all of our experience.” – Nasser Al-Attiyah 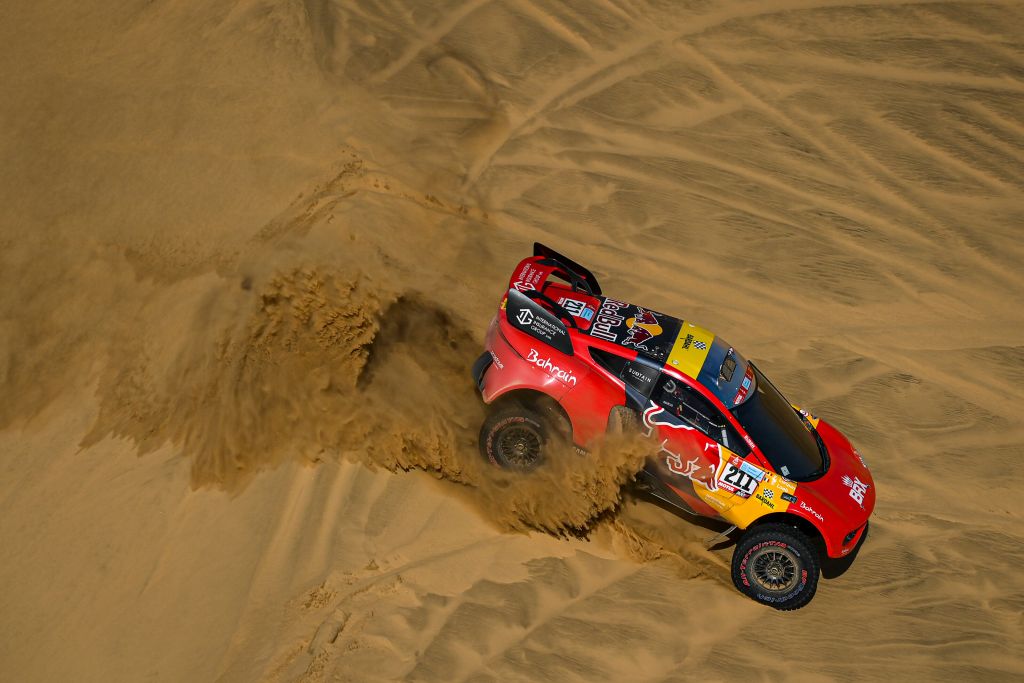 Al-Attiyah maybe on the brink of another Dakar title, but that doesn’t mean he can relax on Stage 12. Hot on his heels is nine-time WRC winner Sébastien Loeb (FRA)and his BRX Hunter is ready to pounce should Al-Attiyah run into any complications on the way to Jeddah.

On course to complete her 12th consecutive Dakar tomorrow is Laia Sanz (ESP). For this edition of the rally Sanz made the switch from bikes to cars, the transition between the two Dakar categories has been seamless.

“In the dunes we were fast. Then we got caught up in the dust of a car that wouldn’t let us past. We got stuck because the visibility was zero. We lost some minutes and that’s a pity because we were doing a great job.” – Laia Sanz

Seth Quintero (USA) now has the record for stage wins at a single Dakar all for himself. Clocking the fastest T3 time on Stage 11 puts Quintero on 11 stage wins at this Dakar, one clear of the previous record set by Pierre Lartigue (FRA) in 1994.

“We’ve had 12 days of racing and we’ve picked up 11 stage wins. Each day has been an adventure and we’ve just been taking it stage by stage. My co-driver Dennis has been doing a fantastic job and I think I’ve been doing alright myself.” – Seth Quintero

2021 truck race champion Dmitry Sotnikov (RUS) is on to make it two-in-a-row as he leads this year’s rally by over eight minutes. However, his nearest competitor is Kamaz  team-mate Eduard Nikolaev (RUS). Will Nikolaev put his foot down and try for a fifth Dakar win behind the wheel of a Kamaz truck?

Kamaz also have an iron grip on P3 and P4 with Anton Shibalov (RUS) and Andrey Karginov (RUS) set to deliver Kamaz a 1-2-3-4 overall result in the truck race. It’s a remarkable achievement, and one Kamaz did once before at the Dakar in 2011.

Tomorrow’s 12th and final stage of the 2022 will feature 163km of timed racing between Bisha and Jeddah. For the race leaders the stakes could not be higher, one false move on the final stage could undo two weeks of faultless desert racing.