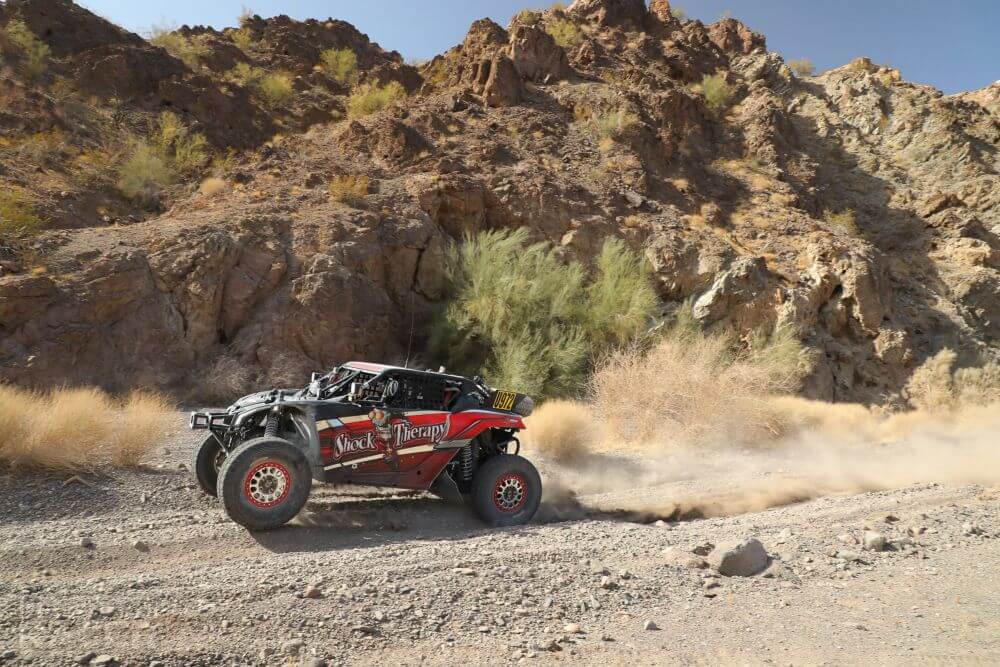 Best In The Desert held its first race this past weekend, the Shock Therapy Parker 250 Presented by BlueWater Resort Hotel and Casino. Motorcycles, quads, and UTVs launched the 2022 series in a spectacular fashion.

Friday saw the youth UTV racers battle it out on the course under the sunny Parker skies. Parents, fans, and spectators were able to see the next generation of off-road racers get to know the competitive field, gain more experience on Best In The Desert courses, and become familiar with event organization and protocol. The top names from the Youth Classes include: Landen De Sousa Dias who won the Youth 1000/RS1 Class; Evan Atkins who took the 570 Mod Class; Chase Mankin earning the 570 Production Stock Class; Declan Shields who won the Trophy Unlimited Class; Landon Morrow taking the 250 Production Mod Class; Mason Cotter winning the 170 Super Stock; Cash Martinez earning the 170 PS 9-13 Class; and Tanner Thompson earning the 170 PS 9-13 Class.

Saturday was race day with the Motorcycle and Quad  Classes taking off the line first and UTV Classes following at noon on the 250-mile course, this year running the two laps in reverse.

In the Motorcycle Open Pro Class, SLR Honda/ Monster Energy’s Justin Morgan took the class finish in 3:55:46, never relenting and staying in the lead the whole time after Hayden Hintz ran out of gas after the first lap. The N2 Jeremy Newton and Jeff Trulove came close to Morgan but suffered a high-speed crash on the final lap to finish second in 3:57:54. Beta’s Joseph Wasson completed the podium after a fierce ride. In the Open Expert Class, David Broderick and Luke Reynolds took the win in 4:20:49 and fifth place overall, while Honda’s Jarret Curley took first place for the Ironman Pro Class and sixth place overall.

Other Motorcycle Class winners of note include Chris Brown who won the O-30 Pro Class and tenth place overall; Robert Youngs and Mike Fermoile taking the O-30 Exp Class and twelfth place overall; and Ryder Patridge winning the Ironman Expert Class and fifteenth overall. Breland and Blake Hellebrand, Caden Carlin, and Drew Davis won the 399 Pro Class and sixteenth overall, Joe Kidd took the Ironman Am, Tyler Calia and Nick Reynolds were top of the podium in the Open Am and twentieth overall, and Ethan Drake and Bryant O’Flaherty finished first for Lites Ex and twenty-third overall.

Coming off of a Series Class Championship, Kimberly Loppnow and Krista Conway, who won second in points in the Ironman Pro Class in 2021, took first place in the MC Women Exp Class in 4:58:45 and fourteenth overall, proving again they are the gals to beat.

Best In The Desert continues to see growth in the UTV Classes and the Shock Therapy Parker 250 Presented by BlueWater Resort Hotel and Casino was the first event to feature the new UTV Classes. All eyes were on the UTV Turbo Class which saw famous names in the off-road racing world.

Right off the line, Blurton got out ahead to set the pace. At the end of the first lap, Blurton was leading both physically and on adjusted time, which didn’t give him much leeway. The first Trophy Unlimited team, piloted by Mike Deley was hot on Blurton’s tail, only 1:30 behind, followed by another factory Can-Am driver, Dustin Jones. In fact, Can-Am was the dominating manufacturer in the Production Turbo class as they covered eight of the top ten in class while Polaris dominated the Trophy Unlimited class by filling the top two podium spots Mike Deley and the General Tire team of Jim Beaver.

By the end of the final lap in the UTV Turbo Class fight, Blurton had stretched out his considerable lead, finishing well in front in 4:05:37 besting hard-charging Vito Ranuio, who came up from sixth place and finished in second, while Dustin Jones finished in third after starting way back after a disappointing qualifying round due to mechanical issues.

The big winner in the Production NA Class was the RaceCo Honda-supported team of Michael Sandoval finishing an impressive seventeenth place overall in 4:41:09.

The next UTV Class that saw some fierce competition was the UTV Super Stock, a new class this year for Best In The Desert. In the end, the Can-Am-supported team Mitchell Alsup and Nick Blais topped the podium finishing twenty-first overall after an impressive drive, over Logan Gastel and Conner Maxwell in first and second place, respectively.

In the end, it was a great weekend to start the year off strong. Between Tech and Contingency, a few full, exciting days of racing, and the pre-run for the Maxxis Tires Parker 425 Presented by Jimco Racing on Sunday, everyone was excited to get out to the desert again.

The race in its entirety will be rebroadcast on CBS Sports Network. Air date to be announced in the coming weeks.

For a full list of results for the Shock Therapy Parker 250 Presented by BlueWater Resort Hotel and Casino, go here.

The next Best In The Desert event will take place in Parker, Arizona once again. The Maxxis Tires Parker 425 Presented by Jimco Racing will kick off Jan. 20, 2022. Event details can be found here.