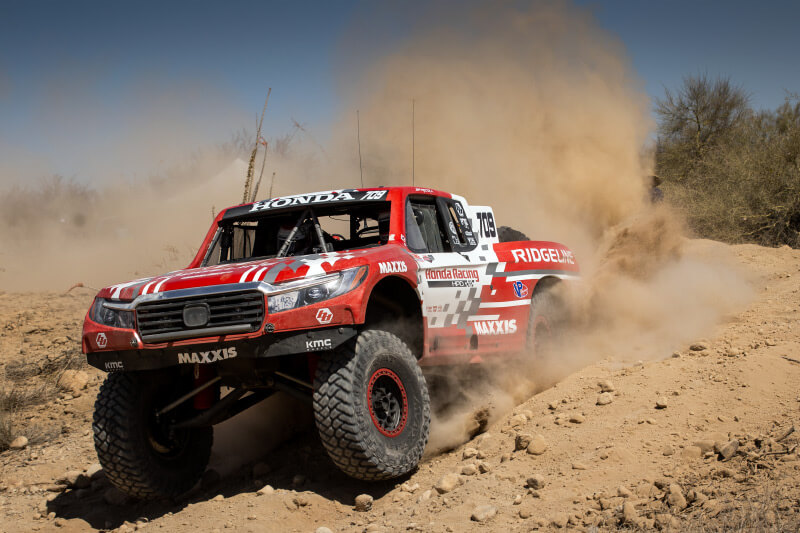 The 34th running of the SCORE International San Felipe 250 lived up to its well-earned reputation as one of the roughest races on the schedule, but the Honda Factory Racing team persevered for a Class 7 win for the Honda Ridgeline and two hard earned finishes for the Honda Talons. 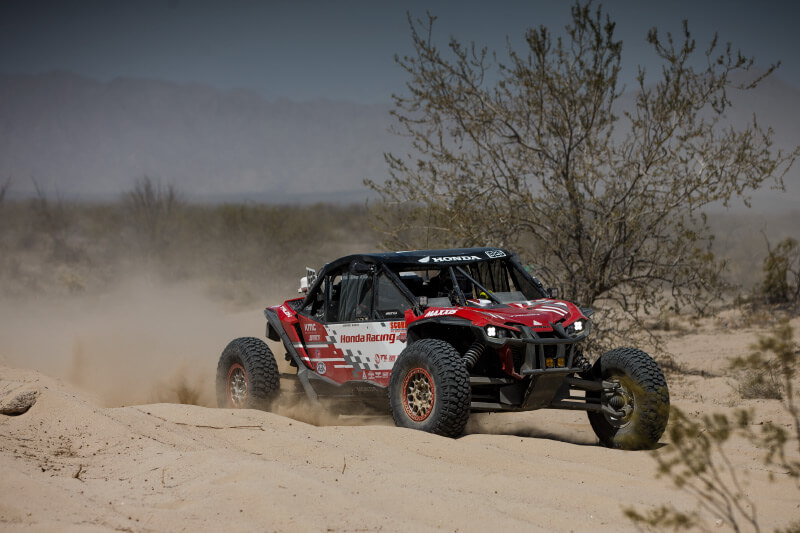 “It was great to be back in Baja. We did tons of work on our course notes and felt great at the start of the race. SCORE put together a really fun course this year. San Felipe is famous for the rough whoops and the washes were technical and varied. We were very well prepared but the course changed drastically on race day and the sand got deep,” said Jeff Proctor, Team Principal, “The No. 709 Ridgeline team had a really good day in Baja.” 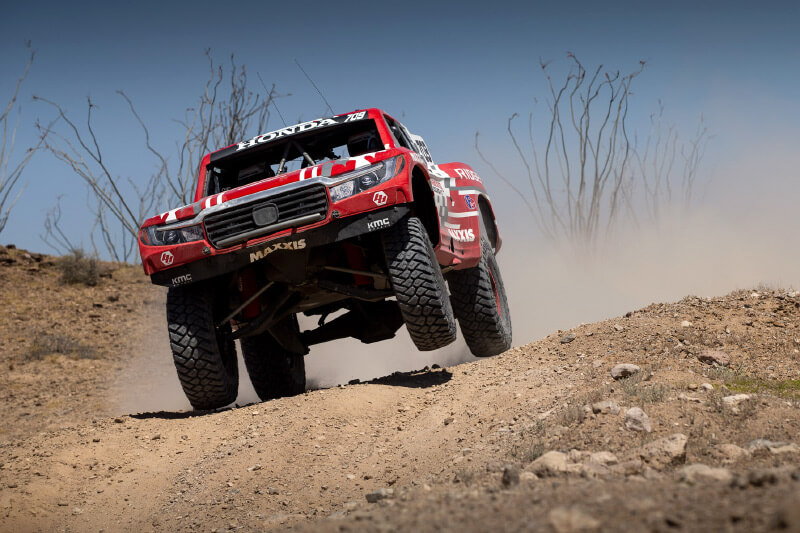 The Honda Ridgeline pushed through the field and by RM260, had a 35 minute lead, when a fuel pressure alarm went off. The sand on course had gotten deeper, burning more fuel than planned, and with no more planned refueling locations, Proctor and Weller had to make adjustments to their driving strategy. “The last 26 miles were nerve-racking and I knew we needed that 35 minutes when we went into fuel conservation mode to keep our lead and finish the race,” said Proctor.

“It was a phenomenal race for the Honda Ridgeline,” said navigator Evan Weller, “and it showed with our Class Win.” 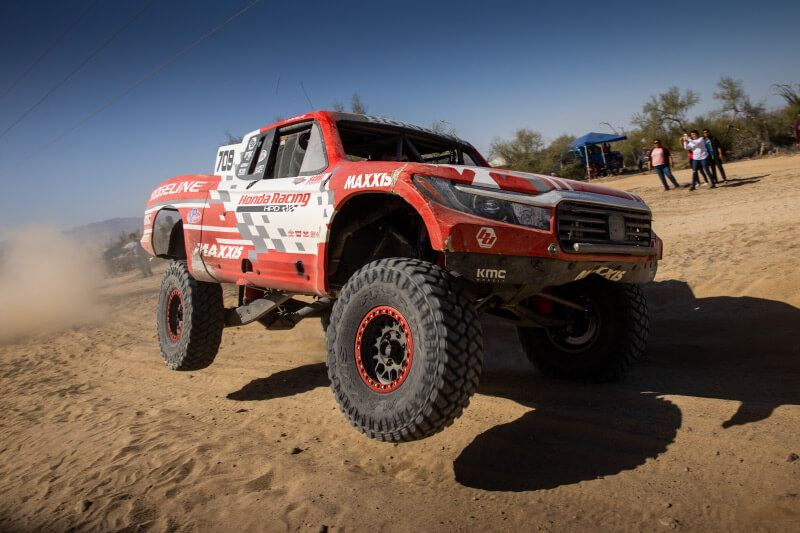 The Honda Talons’ race day wasn’t as perfect. Despite all the development and prep, they both had rear shocks fail around RM 40. Up until that point, they were pushing through the field and showed they had speed and power. Both Talons were able to get repairs but the lost time in a highly experienced and competitive class meant they were out of podium contention. 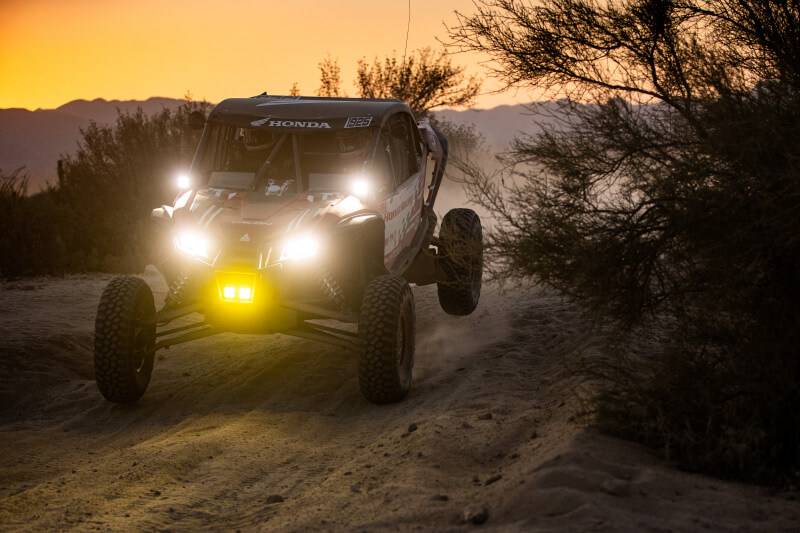 Sizelove said, “It was a long race and we didn’t get the result that we had hoped for, but we proved that the Honda Talon platform is very capable in this harsh San Felipe desert. Aside from having rear shock failures, the Honda Talon itself was absolutely flawless. The six speed dual clutch transmission was an absolute blast to drive in the deep, sandy washes. I could just focus on driving as hard as I could and wasn’t distracted or limited by any overheating temperatures. And the incredible handling of the suspension geometry allowed me to charge hard in the deepest whoops I have ever seen. I can’t say enough great things about the Honda talon factory racing team as a whole, and we will be ready to conquer the Baja 500 in June.”

Hanna continues, “We went into the race in full confidence. That hasn’t changed. We just had a bit of bad luck, which we will overcome. I’m looking forward to the 500.” 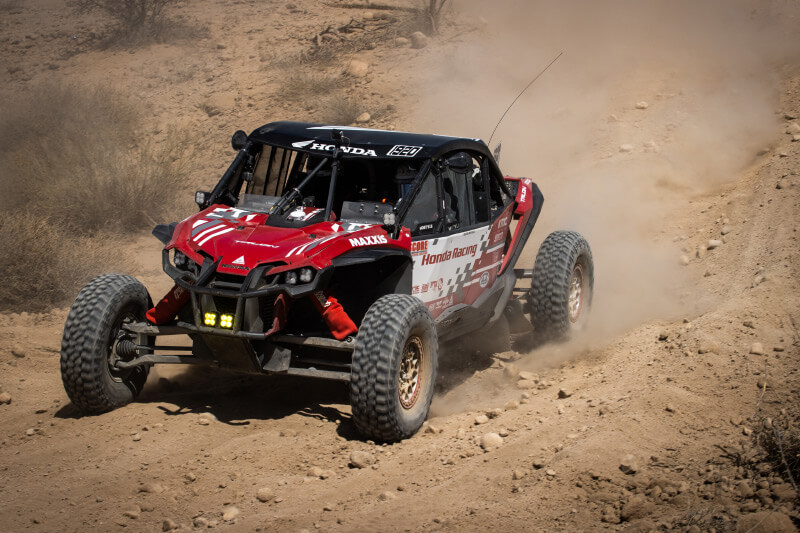 Up next, for the Honda Talons and Ridgeline, is the SCORE International Baja 500, scheduled for June.