The Honda Off-Road Factory Racing team is off to a strong 2022 start with a first ever King of the Hammers (KOH) win for the Honda Talon. This year’s event held up to its reputation as one of the roughest off-road races and is quickly becoming the largest single day off-road race – with nearly 60,000 spectators and over 500 teams creating a temporary home in Hammertown, USA, Johnson Valley, CA. 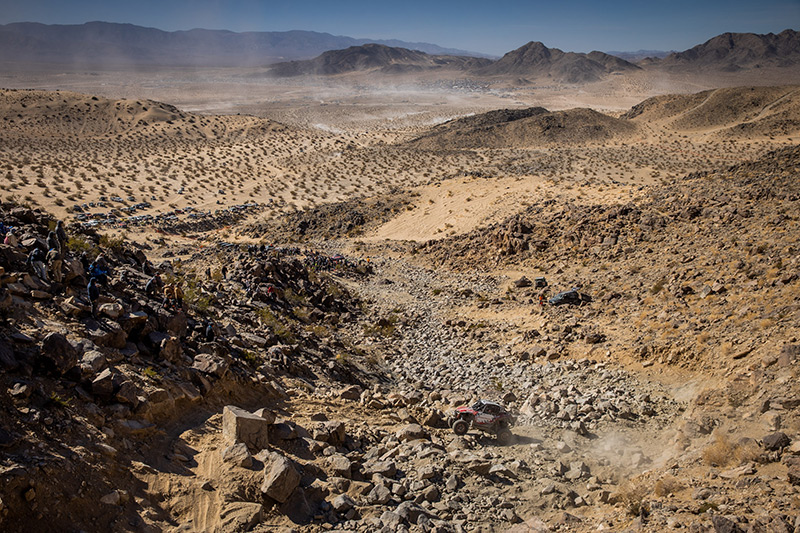 “We are beyond excited to bring home a win for the Honda Talon at King of the Hammers,” says Jeff Proctor, Team Principal, “It’s been a fast learning curve for the team. But with all the Honda support, success has come quickly.”

Building off of their 2021 finishes, the team again fielded rock racing specialists Bailey Cole and Jordan Pellegrino. Cole and Pellegrino took command of their pre-running Talons in late December and spent the last month doing their “homework” – combing the canyons and trails of Johnson Valley to document the ever-changing landscape. Cole qualified 46th and Pellegrino, was 79th out of 129 UTV race entries. For the first time, the KOH UTV race was broken up into classes with the Honda Talons running in the UTV Stock NA class. 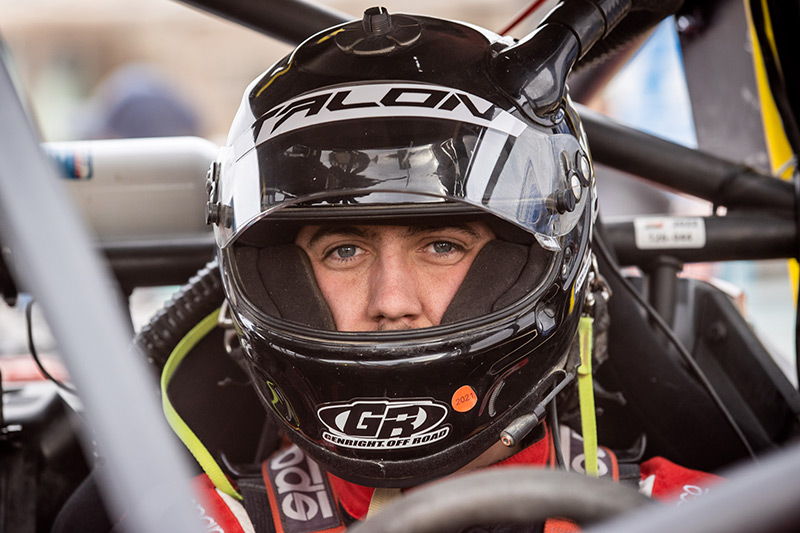 Cole went into the race with a solid strategy – to maintain a conservative pace in the desert section, then do what he excels at – finding speed in the technical rock sections. While holding to that strategy, he quickly became a stand-out with his overall speed. Cole built a twenty minute lead in class early in the race and despite some time-eating, slight tip-overs, his finishing time of 6:27:09 was over forty minutes faster than P2, and earned him 14th overall. Cole’s impressive finish qualified the Honda Talon for the short-course UTV Shootout in which he finished 7th. 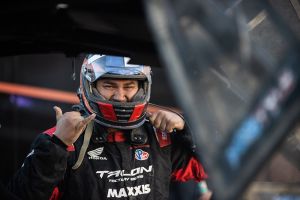 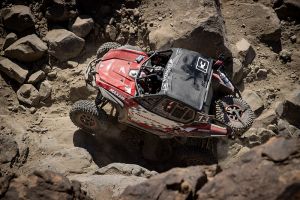 Bailey Cole said, “I had a blast on this KOH course and to bring home the first KOH win for the Honda Talons, made it one of my most memorable. I’ve grown up out here, racing in many different classes, watching manufacturers come out to test and prove their vehicles. It means a lot to be trusted to bring a relatively new platform, like the Honda Talon, to such a difficult race and prove that not only it is tough enough, but it has the pace to win. It was an honor to once again represent Honda and show-off the Talon’s capabilities. This win feels amazing.” 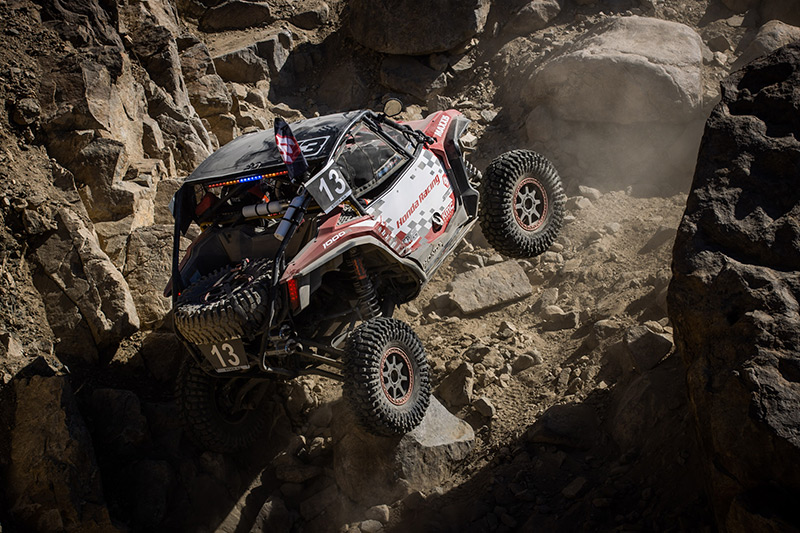 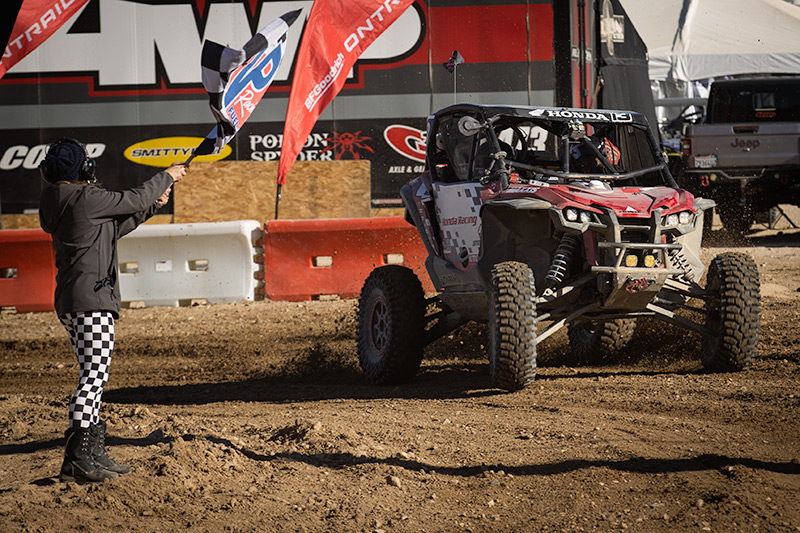 It simply wasn’t Jordan Pellegrino’s day in the No. 98 Honda Talon. He struggled early with some mechanical problems, doing everything possible to cross the finish line. Sadly, he wasn’t able to finish. He wasn’t alone. Only 34 out of 129 UTVs finished the race.

In its second year competing at KOH, the No. 209 Honda Ridgeline, driven by Jeff Proctor and navigator Evan Weller, again took on the challenge of competing in the T2 class. The Ridgeline qualified 5th in class and 18th overall in a field of 49 trucks. The Ridgeline showed great pace in the prologue and opening miles of the race, gaining a couple spots in the first 50 miles. Unfortunately, Proctor’s race was derailed by a change in the wheel/tire combination that didn’t work out. The Ridgeline finished 15th in the T2 class and 23rd overall. 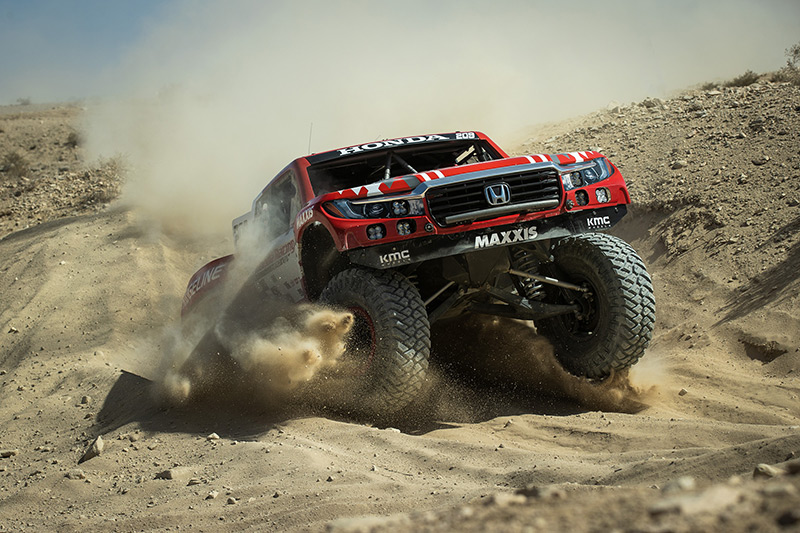 Up next, for the Honda Talons and Ridgeline, is the The Mint 400, scheduled for March.