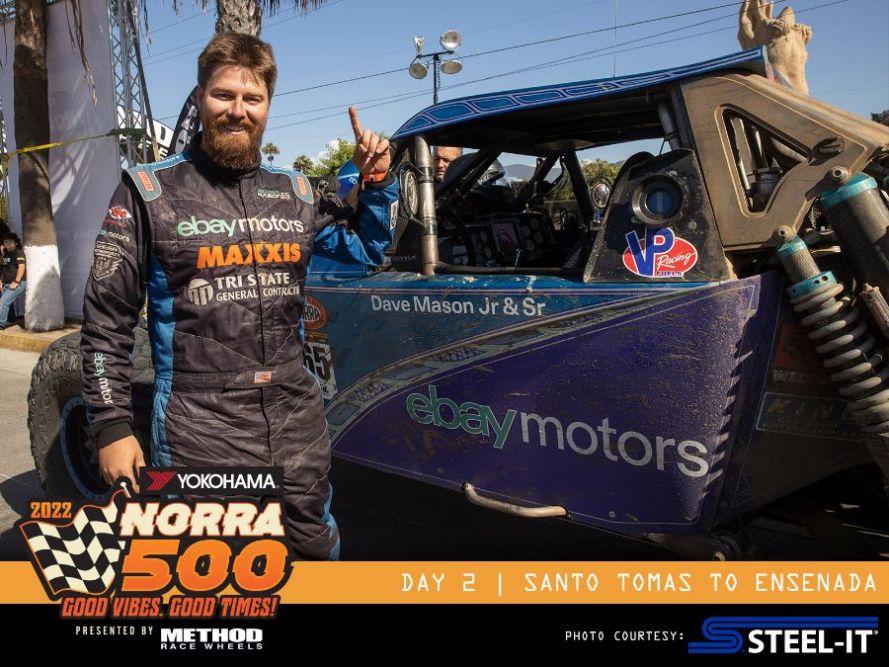 AGUA DULCE, CALIF. – On day two of racing at the Yokohama NORRA 500 Presented By Method Race Wheels the nature of the rally changes. Those who are just having fun will continue to do so. Those who are focused on the competition and winning are more determined on performance. NORRA is unique in that it delivers on both fronts. Those who found themselves at the front of the pack had everything to lose. Those in striking range had everything to gain. Everyone was looking forward to seeing Grand Marshal Mary McGee waving the checkered flag at the finish line. 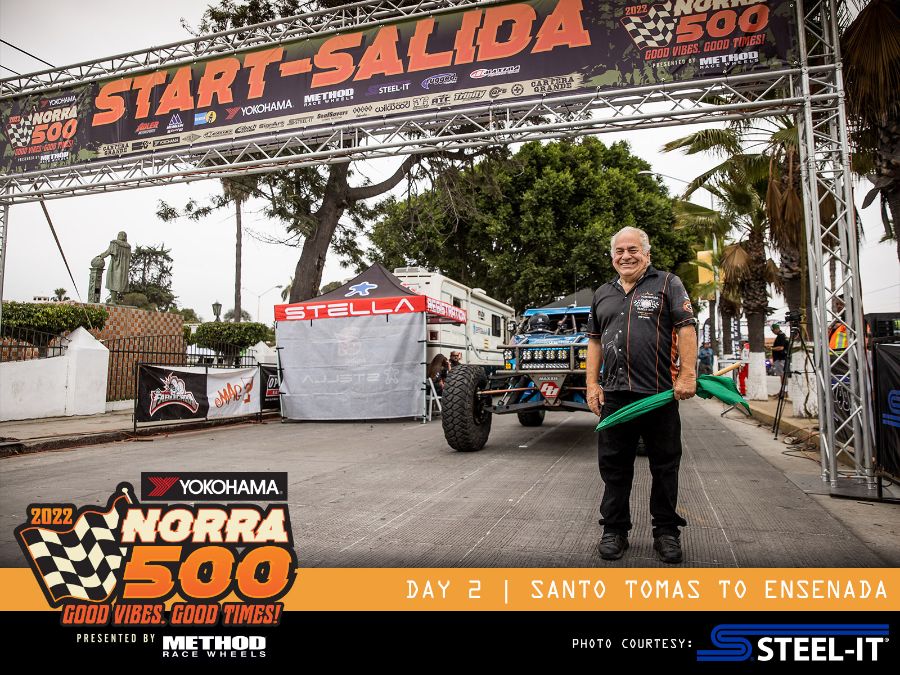 The course was similar to day one only in that it contained two special stages and the balance was in transit. Special stage one travelled from Santo Tomas to Colonet. Over a portion of its 77.7 mile length racers would be distracted by incredible views of the Pacific Ocean. They would then transit to La Calentura before embarking on special stage two for 127 miles. The course was still technical; especially when it came to navigation, but had more opportunities for the unlimited cars and trucks to run at high speeds.

Dave Mason Jr. had established himself at the front on day one by design. He knew his Ebay Motors, Maxxis Tire, Mason Offroad Evolution Unlimited Buggy had the speed to take the win, and it all came down to execution. The definition of mason is “a builder and worker in stone.” In Dave’s case it also included dirt, silt, mud, and sand. “Our plan was to win,” said Dave Mason. “We knew the competition would be tough so it was important to run clean with no flats, no down time. We wanted to control the race instead of just going as crazy fast as we could. On day one that was a challenge. Our car is tall and heavy compared to some of the others. In the technical pine forest we could have pushed harder but it would give no benefit. The chances for a mistake were too high. I spend a lot of time in Baja on my motorcycle, but I’ve never been through there; navigation was tough but we concentrated on hitting all the VCP’s (virtual check points). On day two when we headed to Erendira It was ironic because I had just been down there riding two weeks ago. NORRA does not release the course before the event so you never know where it will go. Knowing the lines on some of the roads was an advantage; it worked out good for us. It was a fun race; I love doing these. We can’t wait for the Mexican 1000, then back here next year to defend our win.” 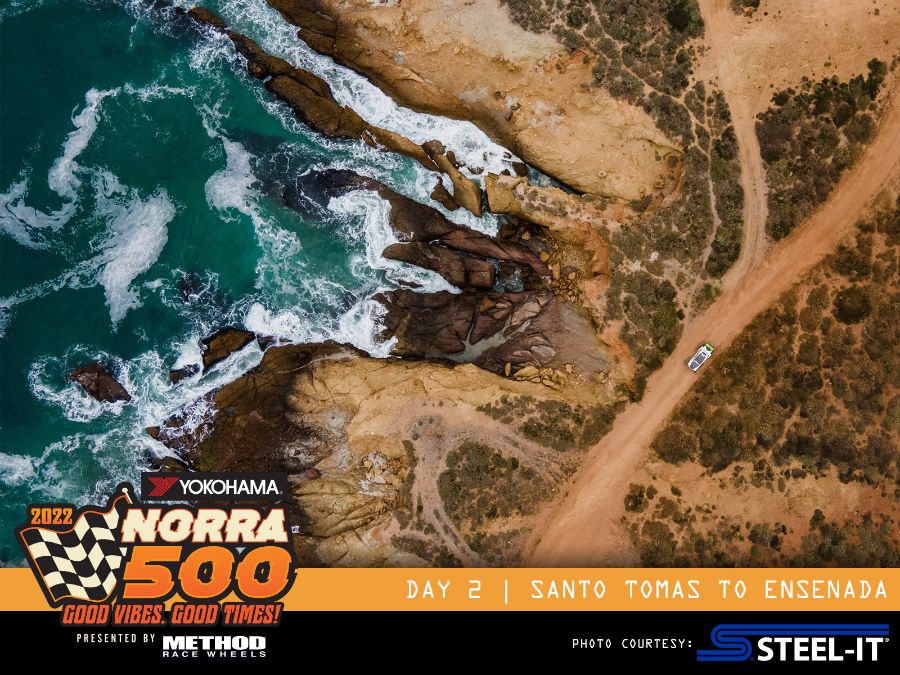 Another racer who managed his race perfectly was PJ Jones. He was in striking distance the whole way despite being severely outgunned in his Can Am X3 compared to the high horsepower unlimited cars and trucks he was battling with. PJ won the Evolution Open UTV class and took 8th place overall. His PJ’s Performance teammate Cameron Ornelas finished 11th overall and second place in the Evolution Modified Turbo UTV class. “The car ran great with no issues,” said PJ. “We always focus on every aspect of the race. We are constantly testing and tuning to our cars better. My teammate Cameron had a great race too; no problems with either car. We have a great team; it’s a full time job for us. Our guys are really good at it. We had no flats to our Tensor tires. It takes perfection to win.” 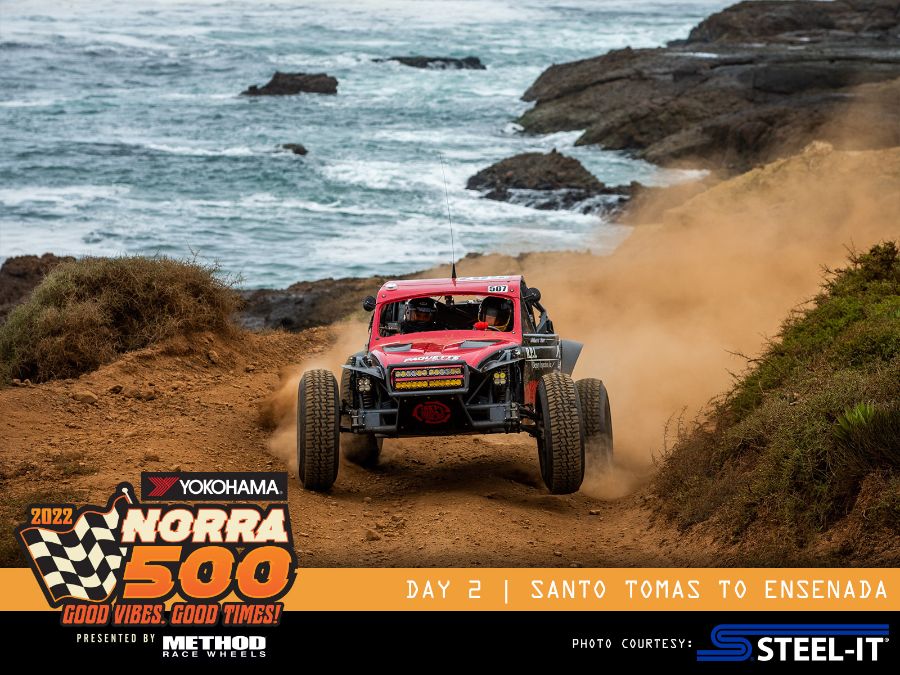 Finishing in 9th place overall was Rick Paquette in his Jake’s Fabworks built Vintage Class 5. The class 5’s are a crowd favorite. They really bring back fond memories of the old days of off road racing. Rick honored the past by putting his vintage era car in the top 10 overall. Benjamin Button rounded out the top ten overall in his Evolution Modified Turbo UTV class winning Can Am XRS. The big powerful Evolution Era cars and trucks dominated the overall results but the vintage era’s also put up impressive results. Hap Kellogg held the lead after day one of racing, but suffered a clutch issue on day two that dropped him to second place. He still managed to finish 13th place overall. Ryan Baillargeon who we mentioned the day before had another solid day in his Vintage Era 4 cyl. Buggies VW beetle. He finished in the top 20 overall in 19th place. He beat Mark McMillin and Rory Ward again. McMillin’s “Macadu” a 1979 Chenowth 6 cylinder Porsche power buggy probably has more testing, tuning and race miles (as well as wins) than 90 percent of the field and yet, suffered a parts failure due to the tough terrain. They performed a “Baja fix”and limped into the finish on 3 wheels. 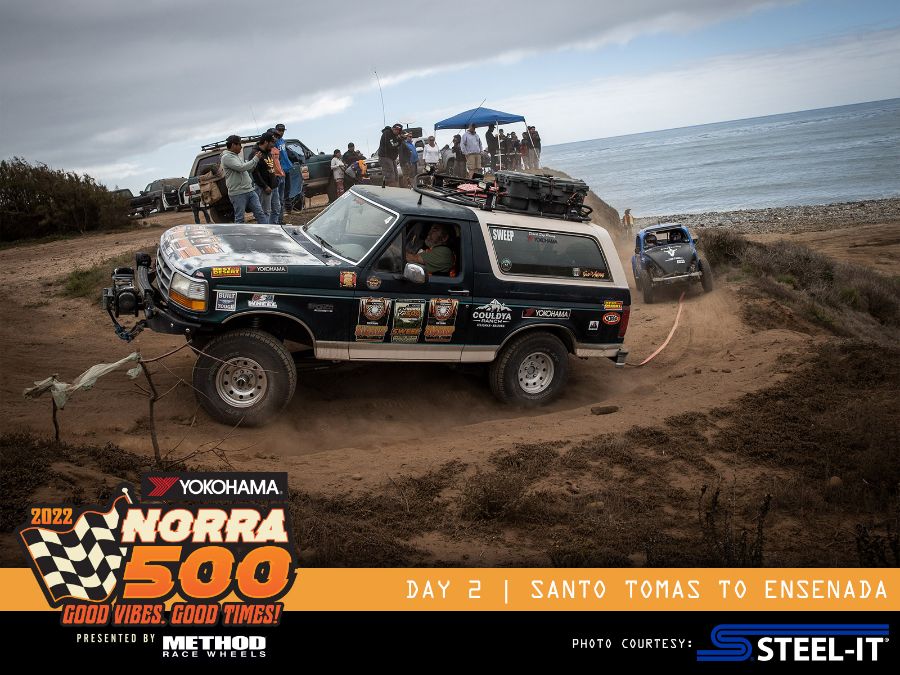 Those who were not doing any limping were the Safari class entrants. They had the freedom to stop and take in the incredible views along the way at will. According to leader Dave Watts the Mexican 1000 provides many more days of travel to build those lifetime bonds and friendships, but they spend more time in the vehicles. At the NORRA 500 they have more opportunities to interact with each other. They travelled to the Cheese Cave where Dave had one of the best steaks of his life; grilled over a mesquite fire. He said the food rivaled any 5 star restaurants in the states. Dave also stated that NORRA holds “The Happiest Race On Earth!”, and also the Happiest Excursion.
The Safari class had a very diverse bunch of vehicles and drivers that ranged from a brand new Ford Bronco to a Porsche 911 and Cayenne. They covered some technical terrain, but the views and experiences were so worth it. The Cayenne eventually suffered fuel delivery problems on day two, but sweep was there to transport them to the finish line celebration. NORRA is there to support everyone; racers and Safari participants. No other events have as much to offer than the NORRA 500 and Mexican 1000. NORRA has a class for everyone. NORRA Honors the Past While Forging the future as demonstrated by the results. Speaking of results, we will have full coverage of results including the Cartera Grande, and STEEL-IT King of the mountain from the Adler Motorsports awards ceremony at Cerveceria Transpeninsular so stay tuned. www.norra.com