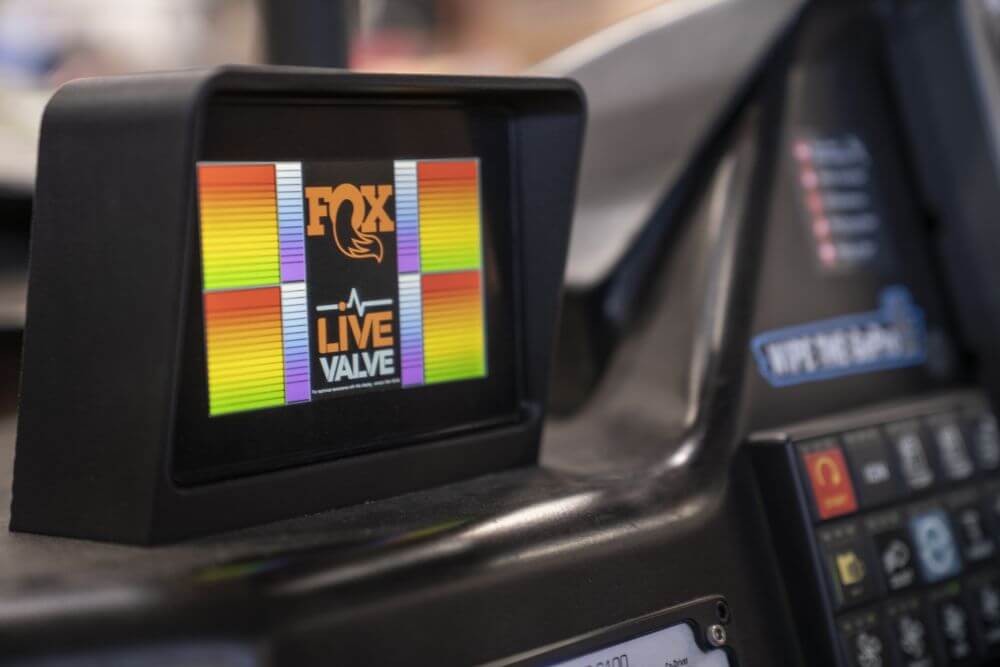 Everet Ericksen is Engineering Manager for the FOX Advanced Development Group (ADG), the man responsible for developing Live Valve nearly 10 years ago. His inspiration slowly evolved from projects involving an Audi A6 and a Cannondale bicycle more than 20 years ago. We spent time chatting with Ericksen and his ADG teammate Nobu Negishi to learn about where Live Valve started and where it’s heading.

When and where did the original concept for electronic suspension evolve with FOX, and who were the original thinkers behind it?

Everet: Back in late 2011, FOX had the idea to create an Advanced Development team working on new concepts. A small team was formed of three engineers – I was one of them. One of the guys had a PhD in magnetorheological (MR) fluids, so we had a project going with that. I started working on the resurrection of a valve that was worked on years before by Cannondale called the “Simon” valve. Both projects had major issues. About a year into it, I had had enough of my project, so I convinced my boss at the time, Mario Galasso, to cancel the project and start over.

Back in 1999, I was at Tenneco Automotive in Detroit, working on electronic suspension. We developed something that was really special on an Audi A6, but the project was cancelled after 9/11, partly due to high cost. I think the concept of Live Valve was noodling in my brain since then and then collided with the unstable “Simon valve” resurrection project and the power-hungry MR fluid project of my colleague: ‘There is a better way to do it!’ As a result, Live Valve was my invention in late 2012.

There was one part of it that I couldn’t solve, so I took the design to Bob Fox and we worked on it together for about a month. He suggested one small detail that took it from not working to working. It was a great moment! Bob and I are both on the original patent. Bicycle was the original application.

About six months in, it was clear that we could use the same concept for roll control on a UTV. I convinced Mario to let me open up a parallel project for UTVs, which we did. For the next few years, we worked on MTB and UTV Live Valve in parallel.

FOX has been very public about its mountain bike Live Valve tech and relied upon Polaris and Honda OE relationships in the UTV sector. We introduced an aftermarket Live Valve for the Ford Raptor at SEMA 2019, and we’ve tasted victory with a Racing Application Development (RAD) version on Justin Lofton’s trophy truck. Walk me through how Live Valve has evolved across these suspension segments.

Nobu: FOX initially developed Live Valve for MTB and Powersports, creating prototypes for both applications. The Advanced Team created the semi-active dampers, electronics and algorithms needed to evaluate the technology as a system. The prototype systems were used to demonstrate the capability of Live Valve to UTV OEs. Polaris realized the increased performance of Live Valve and began working with FOX to offer the technology on their Sport UTV vehicle.

FOX refined the dampers to meet Polaris’s specification targets and production requirements. During development it was apparent that much greater comfort was achievable without compromising off-road performance.

Around this time Ford was working on the next F-150 Raptor and looked to Live Valve technology to improve off-road performance. The knowledge and experience gained from UTV Live Valve development fed into the F-150 Raptor application.

Nobu: As we started to see success with Live Valve in UTV Motorsports, we decided to take the technology Trophy Truck racing. Controlling both compression and rebound of an external bypass shock, Live Valve was able to significantly improve off-road capability, resulting in higher speeds and greater driver confidence.

Through our partnership with Bosch, we adapted control system and algorithm for the vastly higher speeds and intensities of the Trophy Truck application.

The challenges adapting electronic suspension for the bike application are different. There are more limitations for available power, acceptable weight, and cost. The FOX Advanced Team created a complete system: damper technology, electronics, hardware, and control algorithm. As development progressed, it became apparent that Live Valve could be useful for many different segments of cycling: MTB, XC, AM and Road.

Nobu: If you think of a passive damper tune as a compromise of comfort vs control (performance), Live Valve technology increases aspects of both comfort and control, while simultaneously reducing the need to compromise either attribute. Based on this reality of Live Valve technology will benefit applications where vehicle weight, terrain type or use-case vary greatly.