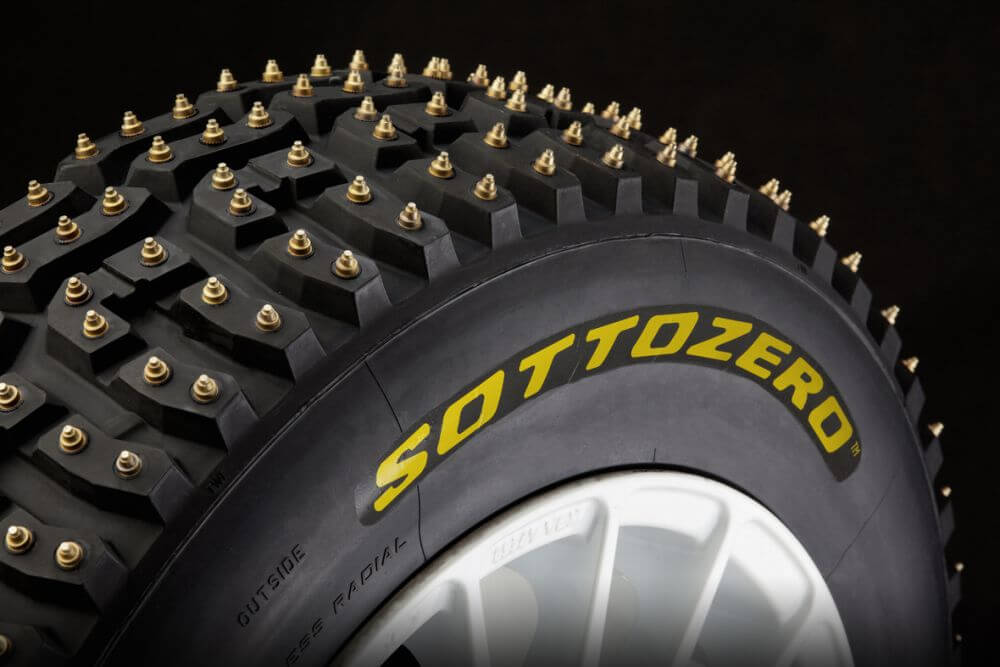 Pirelli introduces revolutionary new snow and ice tyre on the Arctic Rally this weekend
▪ The new tyre, with studs longer than 8mm, is for R5 and R2 cars, as well as historic cars
▪ It will be commercially available for national championships run in extreme conditions
▪ Longer studs maximise grip and safety while a patented process minimises stud loss
Milan, January 11, 2021 – Pirelli will showcase a revolutionary new snow and ice tyre for R5 cars on the Arctic Rally from January 15-16 this weekend: the opening round of the Finnish Rally Championship.

The new tyre, called the Sottozero Ice WJ, incorporates very long titanium-tipped studs that protrude more than eight millimetres out of the tyre, locked into place using Pirelli’s patented vulcanisation process to ensure retention. There is also a new tread pattern design, created to capitalise on the increased grip that the Sottozero Ice WJ provides.

This tyre will be available commercially for national championships that are characterised by extreme winter conditions, such as those run in the Scandinavian and Baltic regions.

Their first test will be the Arctic Rally held near Rovaniemi in the north of Finland: a famous snow event where temperatures in the past have sometimes dipped lower than minus 30 degrees centigrade.

Drivers in the R5 class using Pirelli’s new tyre on the Arctic Rally include teenage ace Oliver Solberg, in his first event with Hyundai, as well as reigning Finnish champion Teemu Asunmaa in a Skoda Fabia and rising star Mikko Heikkila in another Skoda.

Another version of the remarkable new Sottozero Ice WJ will be available for two-wheel drive cars and historic cars, underlining its suitability for all types of traction. However, both variants are for national championships only, meaning that this tyre won’t be seen on the World Rally Championship – which Pirelli will supply exclusively from this year – nor on World Rally Cars.

Pirelli’s rally activity manager Terenzio Testoni said: “The distinctive studs on the new Sottozero Ice WJ are the longest we have ever produced on a rally tyre. These have the effect of increasing penetration, maximising grip, and therefore improving safety in some of the most challenging conditions on earth – without compromising stud retention. The Arctic Rally is a legendary event with more than 200 kilometres of snow and ice action, making it the perfect place to showcase the stunning capabilities of our new product.”

The Arctic Rally gets underway on Friday January 15 at 12.00 with three special stages. Four more stages await on Saturday January 16 – one of which exceeds 42 kilometres – before the finish on Saturday evening at 18:20.