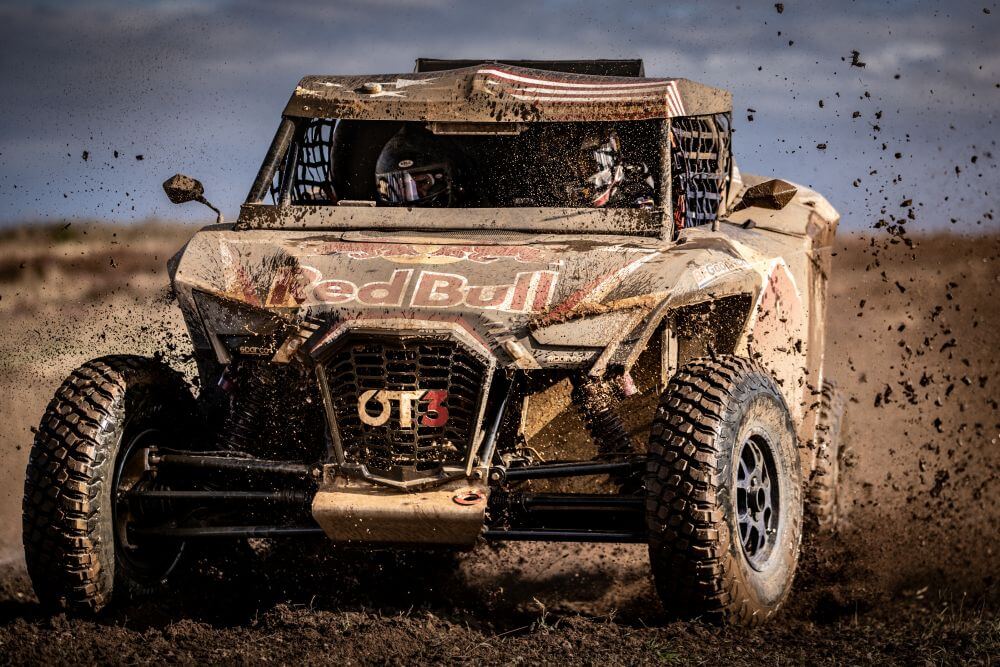 The Red Bull Off-Road Junior Team will write the next chapter of their high-speed adventure at the Andalucía Rally – October 6-10. After a solid display for their 1st outing at the 2020 Dakar Rally, this trip to Spain represents the perfect chance for a squad with an average age of just 21 to reach top gear ahead of their next visit to Saudi Arabia. Andalucía will be the first time the team have entered three juniors into the same rally.

Nobody on the start line of the Andalucía Rally will be more excited than the very promising Seth Quintero who turned 18 three weeks ago. Seth was denied the chance to compete at the 2020 Dakar due to his age, but now the time has come for him to join his team-mates behind the wheel of an OT3 by Overdrive side-by-side (SxS) machine.Seth has been in great form in the second half of the year with race wins in his native United States as he aims to defend his Best in the Desert series title. Now Seth has the chance to share the track with the best off-road competitors on the planet – it’s an opportunity he intends to take full advantage of.

“I’m going to come out swinging. We’ve been testing beforehand and I’m super happy with the car and very proud of the team.”– Seth Quintero

Joining Seth in Spain is fellow Red Bull Off-Road Junior Team driver Mitch Guthrie Jr. Mitch was a huge part of the team’s successful debut at the Dakar earlier this year when – alongside Blade Hildebrand and Cyril Despres – he helped secure the fastest SxS time on half of the stages. Mitch has also been active in the States recently at races such as Vegas to Reno where he came out 2nd. The American driver is now stoked to be jumping back in his OT3 to get stuck into action once again.

“I love meeting up with the people that make it all happen. It’s a lot of fun when we’re all together.” – Mitch Guthrie Jr.

The third Red Bull Off-Road Junior Team driver at the four-day Andalucía Rally will be Swedish rallycross sensation Kevin Hansen. The 2019 Nitro Rallycross event winner is standing-in for Blade after the American racer suffered a mild injury at the recent Baja 500 in Mexico. The switch will ensure the continuity in the development of the OT3 machine, gathering the necessary mileage ahead of the next Dakar.

“This is going to be fun. It’s a car you push hard and it got me hooked straightaway.” – Kevin Hansen

The Andalucía Rally will be the first opportunity since Dakar 2020 for the team to monitor the OT3s development under racing conditions. Therefore the drivers and the crew will be out to maximise the experience as they look to constantly improve all aspects of the operation in preparation of the 2021 Dakar in Saudi Arabia.